A Freelance Writer Learns He Was Working for the Russians 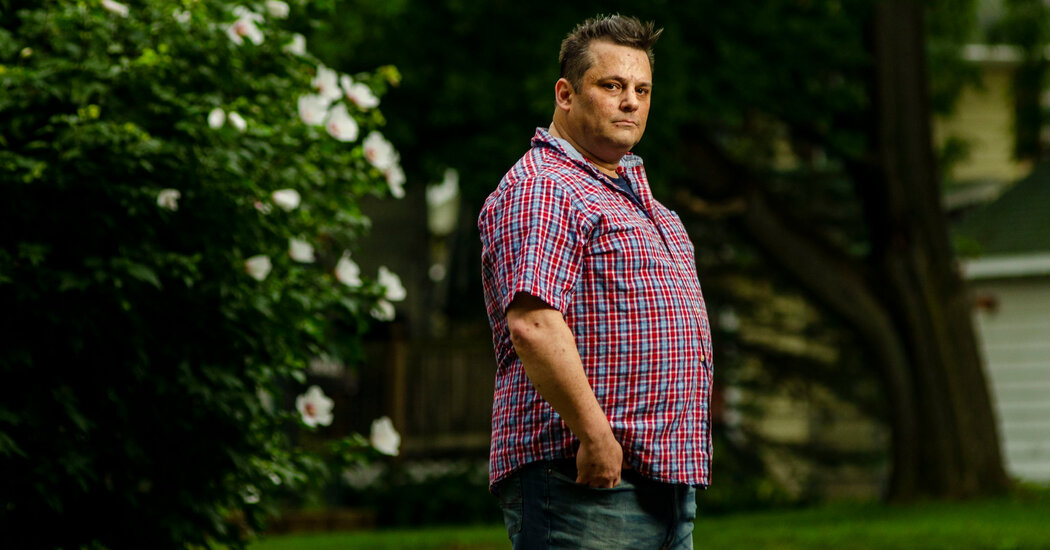 Colin Munro Wood was not shocked when he learned that federal investigators believed the new website he had been writing for was a facade for a Russian troll operation looking to sway Americans ahead of the November election.

It explained the strange emails and writing prompts he had been receiving from his mysterious editor, an individual who admitted he was not based in the United States but wanted to weigh in on the presidential race.

“I just felt things were odd,” Mr. Wood said. And when his editor made it clear he didn’t want him to criticize President Trump or support Joseph R. Biden Jr., the Democratic presidential nominee, he started to figure out “they had a different kind of agenda.”

Mr. Wood, a 50-year-old who lives in Binghamton, N.Y., and has been writing for various online publications for years, was one of dozens of American and British nationals who wrote for the site Peace Data. The authorities said on Tuesday that it was part of a covert operation run by the Kremlin-backed Internet Research Agency, which conducted extensive election meddling in 2016.

The site, which presented itself as a recently created news organization, represented a new front in Russia’s efforts to sway American voters ahead of the November elections. Some American officials are worried about a broad effort by Russian intelligence to use fringe websites, spread conspiracy theories and sow division in the United States. And researchers believe the Peace Data site was an example of those efforts.

Facebook and Twitter said on Tuesday that they had removed a number of social media accounts related to the site. The companies said they had been alerted to the activity by the Federal Bureau of Investigation.

But even as news reports emerged on Tuesday tying the Peace Data site to the I.R.A., an editor for Peace Data wrote in an email to Mr. Wood that the site was facing “a coordinated attack on our website from numerous media outlets. We deny these accusations.”

“We’ve published a short refutation and now are preparing a full statement for our readers and authors,” wrote Ionatan Lupul, who in previous emails had identified himself as the managing editor of Peace Data. “It seems like it’s impossible for an independent media to exist in today’s reality.”

The LinkedIn and Twitter accounts for Peace Data and Mr. Lupul have been removed by the companies. Peace Data did not respond to a request for comment.

Mr. Wood said he approached the Peace Data editors in June after seeing a link on their website commissioning new writers. Other writers answered job ads, or were contacted through blogs where they were publishing their work. The site typically offered $75 to $200 for each article. Writers were paid through electronic systems, though Mr. Wood said he volunteered to write and was not paid.

The first article Mr. Wood wrote, which was focused on the top 1 percent of American wealth, was his pitch and idea. But when he submitted the story, he said, he was asked to cut significant portions, including one section tying Mr. Trump to the economic elite.

“It was just a paragraph or two, not serious, but I wondered why they wanted it cut,” said Mr. Wood. He would go on to write two more articles for the site, but lengthy email correspondence exchanged ahead of those articles led him to become increasingly suspicious of the editors and their intentions.

Many of the emails had obvious mistakes in grammar and strange syntax. In one exchange, after Mr. Wood took offense at what one editor had said, he was told that the editor was Romanian and didn’t have a good grasp of the English language.

Mr. Wood was troubled by the direction the editors were pushing. On Aug. 12, Mr. Wood suggested a story looking at the potential picks for vice president on the Democratic Party slate, or the “potential fall or dissolving of the Republican Party.”

He was waved away from writing about the Republican Party or Mr. Trump by a Peace Data editor who told him, “As for my opinion on the elections in America I don’t see both candidates as something that will benefit the country in the long run.”

“Elections in the US will always have a big impact on the whole world, so from my perspective I would prefer Bernie Sanders as the President,” the editor wrote.

Nathaniel Gleicher, Facebook’s head of security, said the company was not surprised to find Russians hiring unwitting Americans as part of their influence operations. It was exactly what the company had predicted when it found similar I.R.A. operations in Ghana, Nigeria and Ukraine.

“In each of the recent cases we’ve found, the I.R.A. is trying to get someone else’s voices to amplify for their purposes,” said Mr. Gleicher.

It is unclear how many people read the Peace Data articles. The I.R.A. created 13 fake Facebook accounts and two pages dedicated to promoting the site, Facebook said. The pages were followed by 14,000 people.

Mr. Wood said he was saddened but unsurprised that so many Americans had been drawn into the Russian plot.

“Americans are so divided right now, I guess it makes sense to me that they would want to turn us against each other,” he said. Mr. Wood stands behind the articles he wrote for the site, but he’s upset to have been used as pawn in a Russian plot to divide Americans.

Mr. Wood discovered that the site he had been working for was part of a Russian-backed plot when he received an email from a reporter Tuesday evening.

“I thought, well, now that explains things,” said Mr. Wood. As of Wednesday, no one had contacted him from Facebook, the F.B.I. or other U.S. law enforcement agencies.

“I’m just confused — you would have thought that they would want to speak to me,” Mr. Wood said. “Instead, I’m just learning about it from the news.”