A scheme to hand Trump electors in state legislatures is highly unlikely to happen. 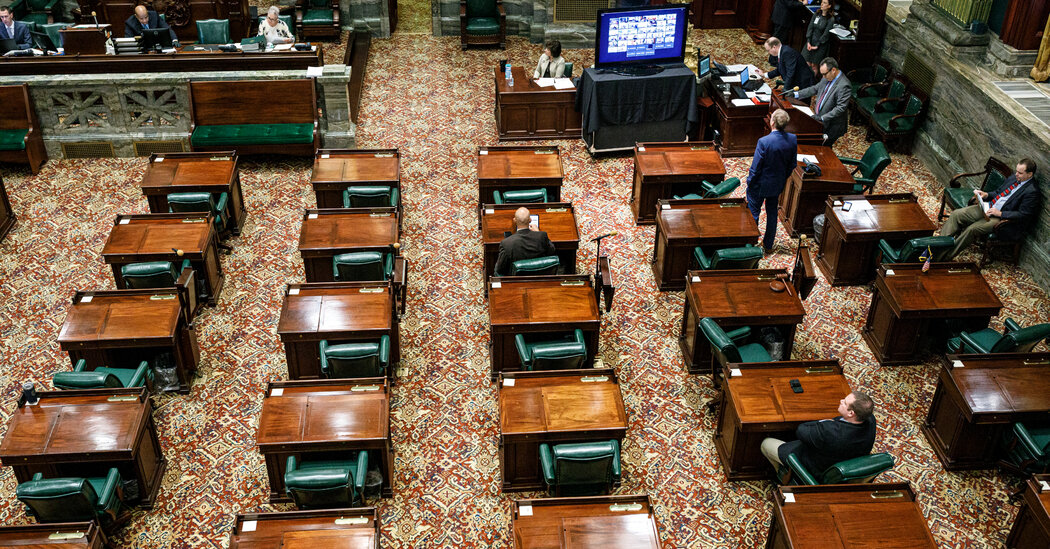 President Trump’s last-ditch efforts to reverse the election seem to come down to a far-fetched scenario, one in which Republican-led state legislatures choose the members of the Electoral College, overturning the will of voters.

Could it work? Election law experts are highly skeptical. And leaders of the Republican majorities in legislatures in key states, including Pennsylvania, Michigan, Arizona and Georgia, told The New York Times this week through their offices that they saw no role for themselves in picking electors.

That has not stopped some high-profile supporters of the president, including the talk radio host Mark Levin and Gov. Ron DeSantis of Florida, from suggesting that Republican-led legislatures should consider ignoring the popular vote in close-fought states won by President-elect Joseph R. Biden Jr. and handing their electoral votes to Mr. Trump.

This political gambit, to the degree that it’s an organized strategy at all, has a theoretical basis in law, according to experts. But if it were to proceed, it could cause widespread outrage and be seen as an attempt to subvert the democratic process.

Benjamin Ginsberg, until recently one of the Republican Party’s top elections lawyers, called the strategy an act of desperation, one that many Republican lawmakers would not buy into. “The most partisan Trump legislators might, but I believe enough would rebel at hijacking their constituents’ votes that such actions would fail,” he said.

Here’s how such a scheme would theoretically play out. The Constitution gives state legislatures the power to determine the “manner” in which electors are appointed to the Electoral College, the body of 538 people who formally choose the president. Every state has already done that, by specifying in its laws that the winner of the statewide popular vote is entitled to the state’s presidential electors (Maine and Nebraska apportion some electors by congressional district).

The Electoral Count Act, a 19th-century law, sets up the mechanism for how that takes place. It directs governors to certify both the election results and a slate of presidential electors to represent the will of the people. In general practice, governors certify electors chosen by the party of the presidential candidate who won their state.

The Electoral Count Act also says that in the event of “failed elections,” in which voters have not made a choice for president, state legislatures are empowered to step in and appoint electors. The 1876 law is ambiguous about what constitutes a “failed” election. But the law does contain a deadline for states to certify elections: the “safe harbor” date, which this year is Dec. 8. Electors chosen before that date cannot be challenged by Congress.

A flurry of lawsuits filed by the Trump campaign, most of which have been defeated in court, appear aimed at slowing down states’ certification timelines and possibly providing a pretext to declare a “failed” election.

At the same time, election law experts said none of the lawsuits presented evidence of widespread fraud that could reverse Mr. Trump’s deficits. With Arizona and Georgia added to Mr. Biden’s column this week, he has comfortably won the election with 306 projected electoral votes, 36 more than needed for a majority.

Bob Bauer, a leading Democratic elections lawyer and senior adviser to the Biden campaign, dismissed the notion of legislatures picking electors. “When all is said and done, you can’t stop the process from coming to the inevitable conclusion,” he said.