A Third of TikTok’s U.S. Users May Be 14 or Under, Raising Safety Questions 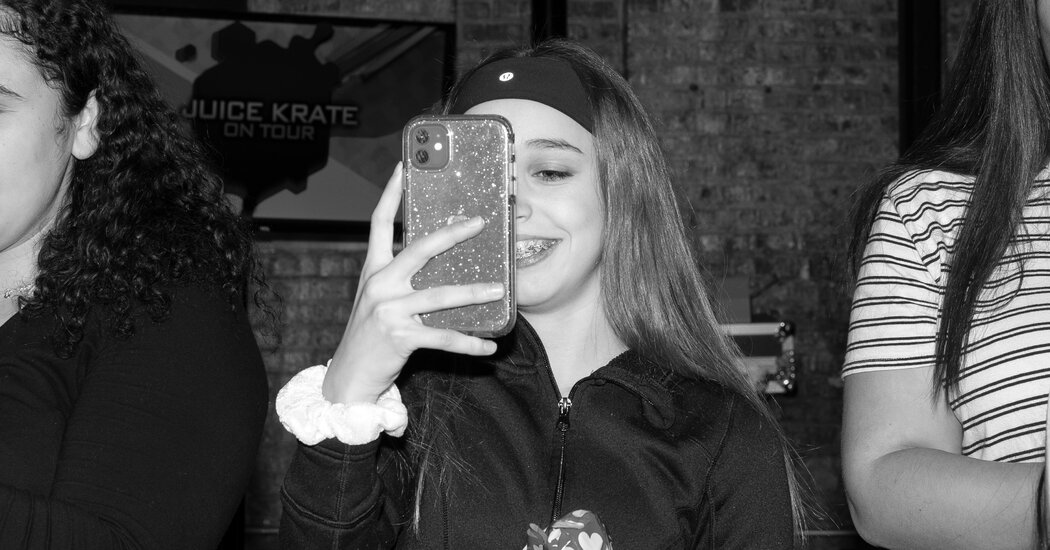 If Microsoft or another company buys TikTok before President Trump bans the Chinese-owned video app on national security grounds, it will acquire a giant community of devoted fans and a lucrative platform for selling ads.

It might be buying something else, too: a big population of users ages 14 and under. The minimum age for using TikTok is 13.

In July, TikTok classified more than a third of its 49 million daily users in the United States as being 14 years old or younger, according to internal company data and documents that were reviewed by The New York Times. While some of those users are likely to be 13 or 14, one former employee said TikTok workers had previously pointed out videos from children who appeared to be even younger that were allowed to remain online for weeks.

The number of users who TikTok believes might be younger than 13 raises questions about whether the company is doing enough to protect them. In the United States, the Children’s Online Privacy Protection Act requires internet platforms to obtain parental permission before collecting personal information on children under 13. The operators of Musical.ly, an app that was merged into TikTok in 2018, paid a $5.7 million fine last year to settle accusations from the Federal Trade Commission that it had broken those rules.

TikTok declined to comment on the user numbers. In response to questions about the safety of younger users, a company representative referred to measures such as allowing parents to control what their teenagers see on the app and how much time they can spend on it.

TikTok and its owner, the Chinese social media giant ByteDance, have been in the cross hairs of the Trump administration, which is concerned that the app could help the Chinese Communist Party obtain Americans’ private information. Mr. Trump this month indicated his support for Microsoft or another American company to buy TikTok’s U.S. operations as a way to allay the security fears.

But any deal for TikTok would require buyers to contend not just with political pressures, but also with issues that can become thorny at all social media platforms, including content guidelines, data collection practices and safety protections for children. The app’s large audience of young fans makes it a big draw for advertisers, but also invites extra scrutiny of its privacy safeguards.

TikTok asks for a birth date when users register an account. In the United States, those who say they are under 13 are allowed to use only a walled-off mode within the app in which they cannot share personal information or videos. Yet the concerns are that some under-13 users may lie to get around the age restrictions, and that the platform is not obtaining the required consent from those users’ guardians.

Bill Gates, Microsoft’s co-founder, recently told Wired magazine that TikTok was a “poison chalice” for any buyer, referring to its complexity.

“Being big in the social media business is no simple game,” he said.

The TikTok data seen by The Times shows that the number of daily U.S. users in July whom the company estimated to be 14 or younger — 18 million — was almost as large as the number of over-14 users, around 20 million. The rest of TikTok’s U.S. users were classified as being of unknown age.

TikTok does not rely only on users’ self-reported dates of birth to categorize them into age groups. It also estimates their ages using other methods, including facial recognition algorithms that scrutinize profile pictures and videos, said two former TikTok employees and one current employee, who declined to be identified because details of the company’s practices are confidential.

Another way TikTok estimates users’ ages, these people said, is by comparing their activity and social connections in the app against those of users whose ages have already been estimated. The company might also draw upon information about users that is bought from other sources.

In a statement, TikTok said: “As is standard practice across our industry,” the company conducts “high-level age-modeling to better understand our users and allow our safety team to better protect the safety of our younger teens in particular.”

TikTok primarily uses the classification system to inform corporate strategy, according to the people with knowledge of the matter. TikTok’s policy teams use the numbers to create rules for moderators to follow, deciding, for instance, what should be done if an underage user is communicating with an adult on the app.

One of the former employees, who left TikTok this year, said the app did not use the classifications to automatically restrict or take down videos that might be from users under 13, or to secure permission from those users’ parents or guardians.

This raises the question of whether TikTok is responsible for acting upon what it knows about those who are under 13, particularly in light of last year’s F.T.C. fine for violating the federal children’s online privacy law.

The law stipulates that if internet services have “actual knowledge” that a visitor is under 13, they have to obtain parental consent or else delete the user’s personal information. The F.T.C. said on its website that such knowledge might come, for instance, from a child’s posting information online that reveals his or her age, or from concerned parents’ notifying the platform that their young one is using it.

Critics have argued, however, that this standard creates an incentive for online platforms to willfully ignore the issue of whether their visitors are underage.

Josh Golin, the executive director of the advocacy group Campaign for a Commercial-Free Childhood, said TikTok had a duty to investigate if its own systems were indicating that so many users might be under 13.

“I would argue, once their systems have indicated to them that a user is likely under 13, that they are past the point where they can bury their head in the sand, that their legal obligation has kicked in,” he said.

Angela J. Campbell, a law professor at Georgetown University who is on the advocacy group’s board, said, “You could argue: Well, they’re not 100 percent sure” that those users are under 13. “But you’re never going to be 100 percent sure. Given that there’s that many under 14, it seems inconceivable to me that they could claim at all that they don’t know this.”

In May, the Campaign for a Commercial-Free Childhood was one of 20 groups that complained to the F.T.C., saying that TikTok was flouting its agreement with the agency.

According to the data seen by The Times, TikTok’s youthful demographics in the United States are echoed in Western Europe, where the app is also popular.

In Britain, the share of daily users who were classified as 14 or younger was around 43 percent this spring, the data shows. In Germany, the share was more than 35 percent, and in France in February, it was 45 percent.

These proportions may have fallen as TikTok has grown in popularity. In June 2019, nearly half of the daily users in the United States were estimated to be 14 or younger, internal data shows. The share in Germany that month was around 40 percent.

Like the United States, the European Union requires online services to obtain parental consent for processing children’s data. The body that coordinates enforcement of the E.U.’s data protection rules announced in June that it was conducting a review of TikTok’s practices. The French and British privacy watchdogs have also said they are investigating the app.