An S.O.S. for Listening at Home 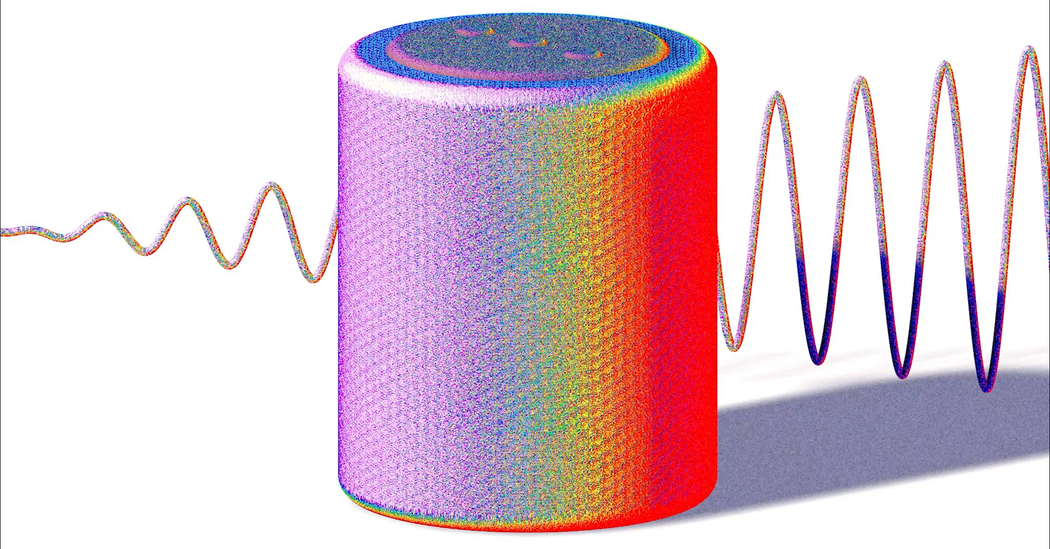 I called in professional help to upgrade my home audio.

I’ve been listening to podcasts and audiobooks on my phone, but this feels pathetic now that I’m indoors most of the time. I chatted with Lauren Dragan, a senior staff writer at the Wirecutter, The New York Times’s product recommendation site, for help buying a home speaker.

I hope our conversation helps you, too.

Shira: I want your advice. I think I want to carry a speaker from room to room, and I don’t want a creepy “smart” speaker. Sorry, Alexa! Suggestions?

Lauren: First, companies are still listening even if you don’t have a smart speaker. You’ll still be tracked by apps on your phone and any voice-activated service.

My Wirecutter colleague Thorin Klosowski has fantastic tips for Android and iPhone users on how to limit the creepiness from your phone.

For speakers, the non-smart ones connect to your phone by Bluetooth. Some are best for using around the house. Some are made for carrying around, and others are best for outdoor gatherings. Remember those?

Shira: I’ve been cooped up in a New York City apartment. What is this “outside?”

But, yes, I’ll use the speaker mostly at home.

Lauren: OK! Think about the size of the room in which you’re listening. In a small bedroom or dorm room, you won’t need a super powerful speaker. But for larger open spaces — or if you have noisy kids or pets — a small speaker won’t cut it. That’s also worth considering if you plan to take the speaker outdoors.

Shira: I live alone in a one-bedroom. There’s no ballroom.

Lauren: Sounds like you need a medium-sized speaker that emphasizes sound quality and ease of use, rather than water and impact resistance.

I think you’d do well with the JBL model in Brent Butterworth’s write-up of portable Bluetooth speakers. It sounds fantastic, the controls are simple, and you can use it for phone calls. The JBL works on battery power or plugged in. It’s a bummer when something doesn’t work while it’s charging.

It’s also waterproof enough if you spill something or want to listen in the bathroom. (Don’t shower with it, please. You’d be shocked how many people break their headphones by showering with them.)

The other path is Bluetooth bookshelf speakers. But they’re hard to move from room to room and don’t work unless they’re plugged in.

Shira: Should I look at a second option for portable speakers, so I can feel empowered in this decision? (Although I’m happy for you to tell me what to do.) Why not the Wonderboom one mentioned in Brent’s write-up?

Lauren: The JBL’s battery life is much longer, and the Wonderboom requires a USB outlet to charge, which makes the JBL more useful at home.

One thing I should mention: Some of these speakers have apps for updating their software or accessing special features. They can be harmless, but you hand over data to the company if you play music through those apps or give them access to your phone’s location settings. Consider how much you trust the company with your information.

Shira: Thank you! My stuck-at-home life is going to be a little more tolerable.

(Read more: My colleague Brian X. Chen offers tips for those who want to use smart assistants but have privacy concerns.)

Using tech as a tool at protests

Antigovernment demonstrations that have engulfed Hong Kong for much of the past year have featured a constant tug of war between protesters and the authorities who are using technology to surveil or stop them.

At least as far as the public can tell, the use of law enforcement technology hasn’t been as front-and-center in the U.S. protests against police brutality — although there are signs that might be changing.

In Hong Kong, protesters used umbrellas and wore face masks to try to shield themselves from cameras they feared the authorities were using to identify them in video footage. Hong Kong authorities have also tracked protesters in the digital spaces where they organized, and demonstrators had used an app that identified the movements of police.

In the United States, smartphone cameras are everywhere, and they have caught both peaceful actions by police and demonstrators, and moments of violence. It was a video of the killing of George Floyd in Minneapolis that was the catalyst for these protests.

The technology cat-and-mouse tactics seen in Hong Kong have been less apparent in the United States, but digital tactics might be growing more overt.

Signal, a secure messaging app, and apps that transmit the chatter over police scanners are seeing a dramatic increase in downloads in the United States. Not everyone is using these apps for protest activity, of course, but Signal said that many of the groups organizing protests are using its app.

The company also added a feature tailored to protesters that lets people blur the faces of people before they share photos, as a way to protect people’s identity. Privacy advocates have warned that police could use video footage to surveil protesters, or deploy devices that capture digital data from all smartphones in a given area.

U.S. federal law enforcement and some states also have asked people to send videos or photos that might identify people who were provoking violence or otherwise breaking the law at protests.

The Women’s Forum for the Economy & Society, in collaboration with The Times, is hosting live conversations to explore how women are leading through crisis and laying the groundwork for a stronger world.

I’m leading a virtual discussion on Monday, June 8, at 1 p.m. Eastern with Timnit Gebru, the colead of Google’s ethical artificial intelligence team. We’ll talk about facial recognition technology used by law enforcement, and how artificial intelligence can be used for good. Join us! Ask questions! It’s free, but you need to register here.

If you don’t follow the Bodega Cats account on Twitter, you are seriously missing out. Here is a sleepy feline hanging out on a convenience store shelf.