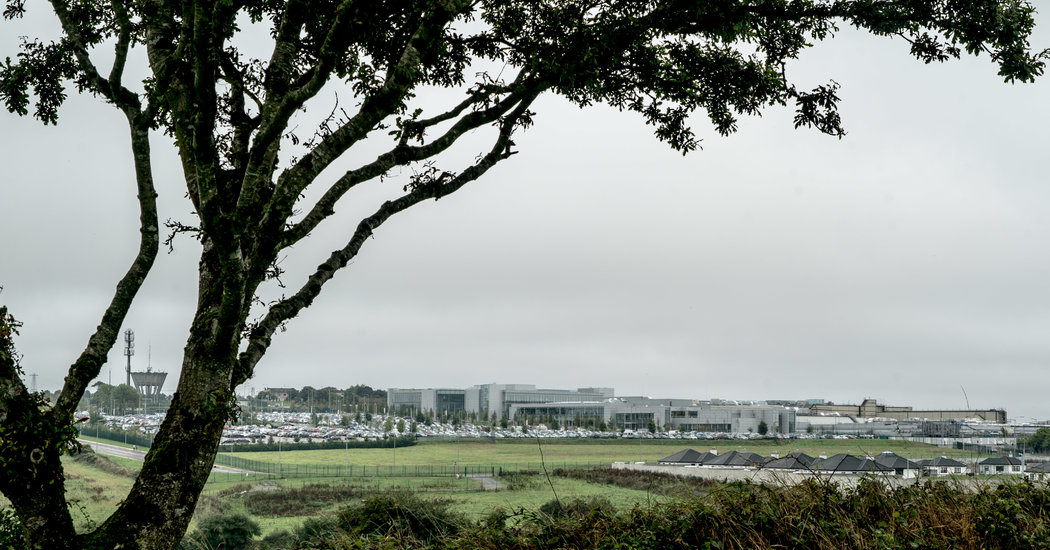 LONDON — Apple won a major legal victory on Wednesday against European antitrust regulators as a European court overruled a 2016 decision that ordered the company to pay $14.9 billion in unpaid taxes to Ireland.

The decision, which can be appealed to the European Union’s top court, is a setback for the region’s efforts to clamp down on what the authorities there believe is anti-competitive behavior by the world’s largest technology companies. Google and Amazon have other court appeals pending as they seek to overturn decisions that they broke European competition laws.

The Apple case stems from the company’s use of Ireland as its base for its European operations. In 2016, the European Union’s top competition regulator said Apple had used illegal deals with the Irish government to avoid taxation on profits from the sales of Apple products in the European Union.

In 2011, for instance, regulators said Apple’s Irish subsidiary recorded European profits of $22 billion, but only about $57 million was considered taxable in Ireland.

Authorities said the arrangement amounted to an illegal subsidy not available to Apple’s competitors, and ordered Ireland to recover 10 years of back taxes, worth 13 billion euros, or about $14.9 billion at current conversion rates.

The appeal has put Ireland in the unusual position of opposing the collection of billions in taxes at a time when its government is facing a budget deficit, a result of emergency spending responding to the pandemic. The country, which has long faced criticism from other countries for low corporate taxes, argued its appeal was a defense of Ireland’s independence.

“Ireland has always been clear that there was no special treatment,” Ireland’s Department of Finance said in a statement. “The correct amount of Irish tax was charged in line with normal Irish taxation rules.”

Apple praised the court’s decision. The company has said that because its products and services are made in the United States that is where it books much of its taxable income.

“This case was not about how much tax we pay, but where we are required to pay it,” said Josh Rosenstock, a company spokesman. “We’re proud to be the largest taxpayer in the world as we know the important role tax payments play in society.”

Apple has used Cork, Ireland, as its home in Europe since 1980. The company employs about 6,000 people in the country in areas including logistics, distribution and customer support.

Other American tech giants followed Apple, including Google, Facebook and Twitter, drawn to using an English-speaking country with favorable corporate taxes as a base for operations across Europe. Their large office buildings have taken up parts of Dublin; an area along the city’s canal is known as Silicon Docks.

The decision on Wednesday by the General Court of the European Union in Luxembourg is a blow to Margrethe Vestager, the European Commission’s top antitrust enforcer, who for years has been taking aggressive action against the world’s largest technology platforms. It shows that companies she has targeted can sometimes find a more sympathetic audience in courts that can overturn her judgments.

Google is currently appealing three antitrust decisions brought by Ms. Vestager that amount to fines of about 8.2 billion euros, worth $9.4 billion. Amazon is appealing a 2017 ruling that it owes Luxembourg 250 million euros in unpaid taxes.

“The courts are ready to exercise their judicial review and are not going to take the commission’s assertions for granted,” said François-Charles Laprévote, a lawyer with Cleary Gottlieb Steen & Hamilton in Brussels who specializes in state aid cases.

In a statement, Ms. Vestager said her office would “carefully study the judgment and reflect on possible next steps.”

“The commission stands fully behind the objective that all companies should pay their fair share of tax,” she said.

The ruling on Wednesday centered on tax law and what constitutes illegal state aid. The court said the European Commission’s argument was flawed and that regulators were “wrong” to conclude Apple had been granted “selective economic advantage.”

Based on the decision, Mr. Laprévote said the commission would have a “difficult, but not impossible” task in winning an appeal.

Ms. Vestager has made what she considers unfair tax deals a central part of her leadership of the European Commission’s competition office. In an earlier decision, a court overturned her ruling that Starbucks must repay 30 million euros to the Netherlands. The commission did not appeal that decision.

A broader international debate is underway about how to tax large multinational technology corporations. Several European countries, led by France, have been putting forward digital services taxes that would hit companies including Amazon, Apple, Facebook and Google.

The proposals have been opposed by the Trump administration, which has threatened to retaliate if European countries move forward. The Organization for Economic Cooperation and Development has been leading an effort to negotiate a compromise.