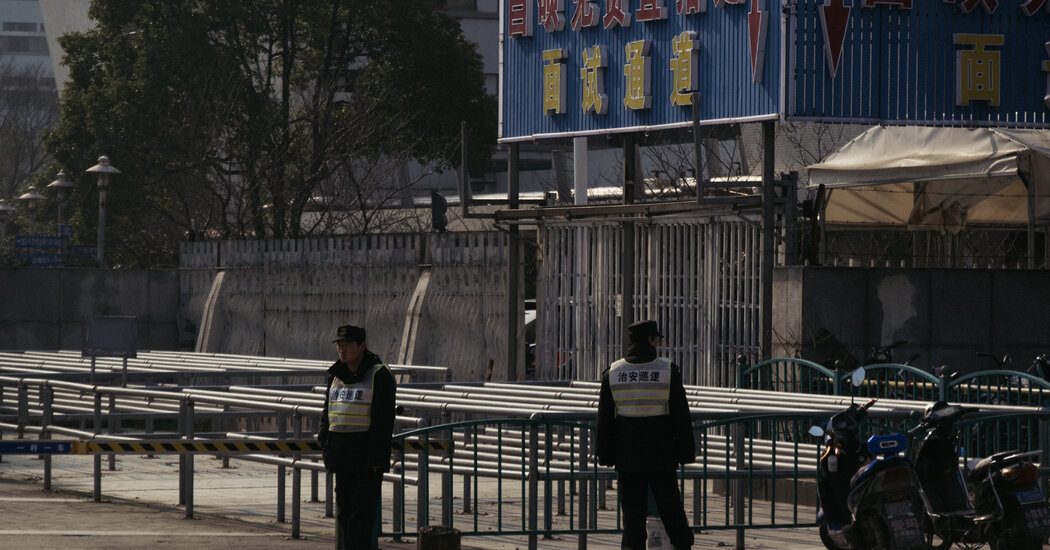 Apple said on Monday that it had placed a key assembler of its iPhones on probation after the Taiwanese company was found to have concealed violations of labor rules for students employed at its factories in China.

For years, Apple has worked, and at times struggled, to uphold labor standards across its vast electronics supply chain in China. The company said it had made the decision because the Taiwanese company, Pegatron, had violated its code of conduct by allowing student laborers to work night shifts and overtime and do work unrelated to their fields of study, and had then falsified documents to cover it up.

“The individuals at Pegatron responsible for the violations went to extraordinary lengths to evade our oversight mechanisms,” Apple said in a statement.

To meet grueling deadlines, factories in China sometimes recruit labor from local technical schools. Strict guidelines are supposed to limit how long and when such employees can work, but in practice, rules are often ignored and other abuses are common. In some cases, students have said they were forced to do monotonous assembly work rather than the more technical tasks they were studying.

Pegatron, a major assembler of the iPhone that has factories across China, has been accused of a number of labor and environmental abuses over the years. Apple said it would not give the contractor any new business until it took corrective measures, and noted that a Pegatron executive in charge of the student employment program had already been fired.

The rebuke, rare for such a high-profile supplier, underscored a challenge facing Apple as it seeks to address abuses in its supply chain, which sprawls across hundreds of factories across China and increasingly the world. While Apple can make or break the smaller companies that make the innards of its iPhones and put them together, few have the scale to assemble large numbers of phones quickly, leaving Apple reliant on assemblers like Pegatron and its larger Taiwanese rival, Foxconn.

Apple occasionally drops suppliers or puts them on probation. In its 2019 supplier responsibility report, the company said it had removed 20 manufacturing facilities from its supply chain because of violations over the years. In general, however, it said it works with suppliers for 90 days to ensure corrective actions are taken.

In a statement, a Pegatron spokeswoman said that upon discovering the violations, the company immediately removed the student workers from production lines and worked to “make appropriate arrangements for them to return to their homes or schools with proper compensation alongside all necessary support and care.”

She added that the company was undertaking an audit to ensure its labor standards were upheld.

The probation, which will not affect current production of the iPhone, comes at a busy time for Apple suppliers, who regularly add staff and increase worker hours to meet huge orders of iPhones ahead of the product’s annual holiday release schedule. While workers once sought out the relatively well-paid shift jobs at the citysize factories that produce the iPhone, new employment opportunities closer to home, like jobs in food and package delivery, have made it harder to attract short-term workers during times of high labor demand.

In the past, worker shortages have led companies like Pegatron and Foxconn to break rules to ensure they have enough staff. Foxconn has used child labor, while Pegatron relied on ruthless agents who hold workers’ salaries and sometimes their identification cards, preventing them from leaving the factories. Wider concern about the harsh conditions in Apple’s supply chain spread in 2010, when a rash of suicides at Foxconn’s plants prompted Apple to institute further checks and oversight.

The suspension for Pegatron, while probably temporary, could further open the door for Luxshare, a smaller Chinese manufacturer that has been working to expand its role in the Apple supply chain. This year, Luxshare bought an iPhone production factory in China from the Taiwanese company Wistron, which was widely read as an attempt to elbow into the business dominated by Foxconn and Pegatron.