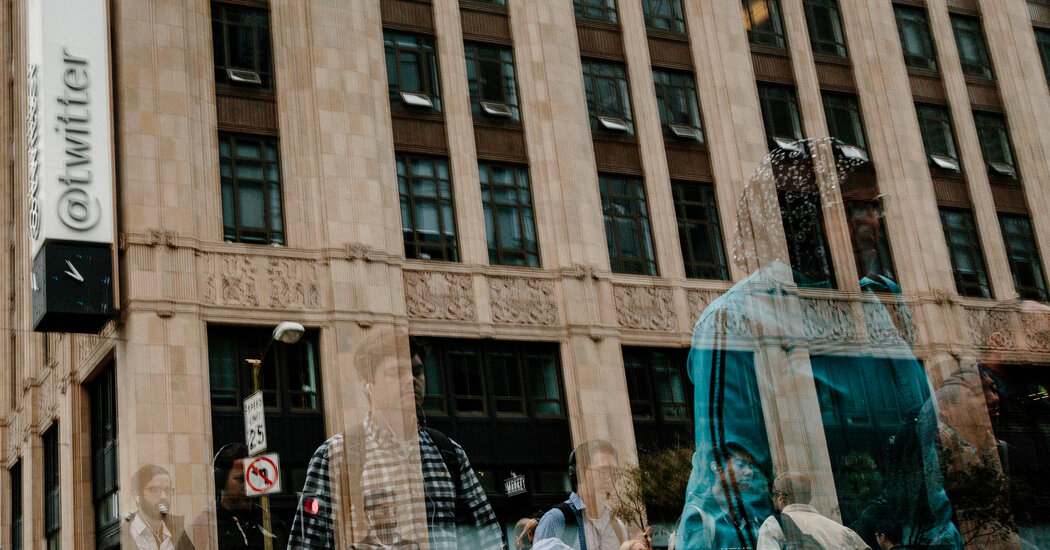 SAN FRANCISCO — President Trump called Facebook and Twitter “terrible” and “a monster” and said he would go after them. Senators Ted Cruz and Marsha Blackburn said they would subpoena the chief executives of the companies for their actions. And on Fox News, prominent conservative hosts blasted the social media platforms as “monopolies” and accused them of “censorship” and election interference.

On Thursday, simmering discontent among Republicans over the power that Facebook and Twitter wield over public discourse erupted into open acrimony. Republicans slammed the companies and baited them a day after the sites limited or blocked the distribution of an unsubstantiated New York Post article about Hunter Biden, the son of the Democratic presidential nominee, Joseph R. Biden Jr.

The criticism did not stop the companies. Twitter locked the personal account of Kayleigh McEnany, the White House press secretary, late Wednesday after she posted the article, and on Thursday it briefly blocked a link to a House Judiciary Committee webpage. The Trump campaign said Twitter had also locked its official account after it tried promoting the article. Twitter then doubled down by prohibiting the spread of a different New York Post article about the Bidens.

The actions brought the already frosty relationship between conservatives and the companies to a new low point, less than three weeks before the Nov. 3 presidential election, in which the social networks are expected to play a significant role. It offered a glimpse at how online conversations could go awry on Election Day and underlined how the companies have little handle on how to consistently enforce what they will allow on their sites.

“There will be battles for control of the narrative again and again over coming weeks,” said Evelyn Douek, a lecturer at Harvard Law School who studies social media companies. “The way the platforms handled it is not a good harbinger of what’s to come.”

Facebook declined to comment on Thursday and pointed to its comments on Wednesday when it said the New York Post article, which made unverified claims about Hunter Biden’s business in Ukraine, was eligible for third-party fact-checking.

In a tweet, Twitter said, “We recognize that Twitter is just one of many places where people can find information online, and the Twitter Rules are intended to protect the conversation on our service, and to add context to people’s experience where we can.”

The service went down on Thursday evening in the United States and elsewhere; Twitter said it was investigating an issue with its software.

Mr. Trump said on Twitter on Wednesday that “it is only the beginning” for the social media companies. He followed up on Thursday by saying he wanted to “strip them” of some of their liability protections.

For years, Mr. Trump and other Republicans have accused Facebook and Twitter, which have headquarters in liberal Silicon Valley, of anti-conservative bias. In 2018, Mr. Trump said the companies, along with Google, “have to be careful” and claimed, without evidence, that they were intentionally suppressing conservative news outlets supportive of his administration.

That issue has since come up repeatedly at Capitol Hill hearings, including in July when the chief executives of Facebook and Google, Mark Zuckerberg and Sundar Pichai, testified on antitrust issues.

Tensions have also been running high for Twitter and Facebook as they aim to avoid a replay of the 2016 election, when Russians used their sites to spread inflammatory messages to divide Americans. In recent weeks, the companies have said they will clamp down on misinformation before and after Election Day, such as by banning content related to the pro-Trump conspiracy theory QAnon and slowing down the way information flows on their networks.

But with Mr. Trump trailing Mr. Biden in the polls, the companies’ handling of the New York Post article has ruptured any truce they had managed to strike with conservatives.

Senator Josh Hawley, Republican of Missouri, asked the Federal Election Commission in a letter on Wednesday to investigate whether the companies’ actions could be considered an in-kind contribution to Mr. Biden’s campaign.

“I think it really is a new frontier,” Mr. Hawley said in an interview. “It will also lead to a new openness on the Republican side to think about what we are going to do about their monopoly power.”

Mr. Cruz, of Texas, and Ms. Blackburn, of Tennessee, said on Thursday that they would subpoena Mr. Zuckerberg and Jack Dorsey, Twitter’s chief executive, for a hearing on what they deemed “election interference.”

“I’m looking forward to asking Jack and Mark about silencing media that go against their political beliefs,” Ms. Blackburn said in a tweet.

Representative Jim Jordan, an Ohio Republican and the ranking member of the House Judiciary Committee, sent Mr. Dorsey a letter excoriating Twitter for blocking the article and asking for a detailed summary of the process behind the decision.

Mr. Pichai, Mr. Zuckerberg and Mr. Dorsey have already agreed to testify before the Senate Commerce Committee on Oct. 28 about the federal law that shields their platforms from lawsuits. Conservatives have called for changes to the law, Section 230 of the Communications Decency Act, which makes it impossible to sue web platforms over much of the content posted by their users or how they choose to moderate it.

Ajit Pai, the Republican chairman of the Federal Communications Commission, said on Thursday that he planned to move forward with a proceeding to clarify the law.

Mr. Trump was even more pointed, saying in a tweet on Thursday that the companies needed to be deprived of their Section 230 protections “immediately.”

Others applauded the aggressiveness of the social media companies.

“The actions taken by Facebook, Twitter and Google show that these platform companies are indeed willing to enforce their existing policies, in particular around ‘hack and leak’ material,” said Shannon McGregor, senior researcher with the Center for Information, Technology and Public Life at the University of North Carolina at Chapel Hill.

Unlike previous criticism of Facebook and Twitter for acting too slowly in taking down content, the uproar this time has centered on how they may have acted too hastily. (The exception was Google’s YouTube, which has remained silent on what it will do about videos about the New York Post article and has not limited the content.)

The speed with which Facebook moved was uncharacteristic, fueled by how quickly the article took off online and the sensitivity of the material, according to two Facebook employees, who were not authorized to speak publicly.

Within three hours after The New York Post published its article on Wednesday, Facebook said it would reduce the distribution of the piece across the network so that it would appear less frequently in users’ individual News Feeds, one of the most highly viewed sections of the app.

The company billed it as part of its “standard process to reduce the spread of misinformation,” said Andy Stone, a Facebook spokesman. That process included spotting some “signals” that a piece of content might be false, according to Facebook’s guidelines for content moderation. The company has not clarified what those signals were.

Twitter then went further by blocking people from linking to the article altogether. That meant the article could not circulate at all on Twitter, even in private messages between users.

Because the article contained images of purported personal emails from Hunter Biden, Twitter said sharing it violated its policy against the distribution of hacked material. The emails also showed private contact information, a violation of Twitter’s privacy policies.

The backlash was instant. Republicans immediately tested the limits of Twitter’s rules, with some tweeting screenshots of the article. Francis Brennan, the director of strategic response for the Trump campaign, posted the entire article in a string of 44 tweets. The article was also copied and published on the webpage of the House Judiciary Committee’s Republican minority.

Twitter scrambled to keep up. If tweets with the screenshots showed the emails, the company removed them. Mr. Brennan’s tweets were allowed to remain because they did not include the emails.

Late Wednesday, as the furor grew, Twitter tried to address it. “We know we have more work to do to provide clarity in our product when we enforce our rules in this manner,” a spokesman tweeted.

Twitter also said people whose accounts were locked could easily change that by simply deleting the offending tweet.

Also late Wednesday, Mr. Dorsey weighed in to criticize his company’s communication about the decision. “Blocking URL sharing via tweet or DM with zero context as to why we’re blocking: unacceptable,” he wrote on Twitter.

Internally, Mr. Dorsey griped to employees that users hadn’t been shown a sufficient explanation when prevented from sharing the New York Post article, a person with knowledge of the comments said.