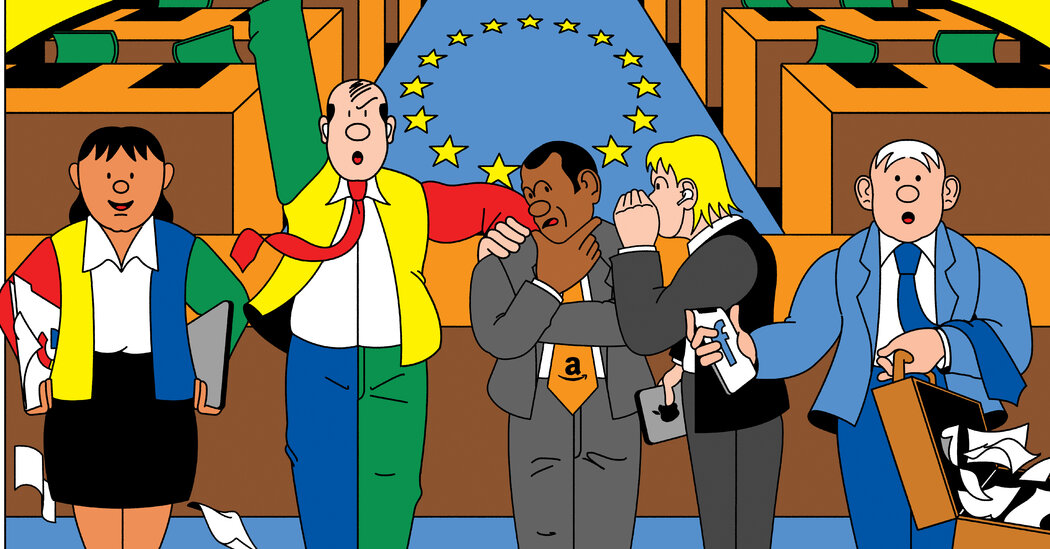 On Tuesday, European Union officials led by Ms. Vestager will introduce some of the world’s most far-reaching technology regulations. The rules take aim at so-called gatekeeper platforms, like Amazon, Apple, Facebook and Google, which have an outsize role in the digital economy.

Among the expected changes are rules for Facebook, Twitter and YouTube, which is owned by Google, about moderating user-generated content. Other requirements would make companies disclose more about how services like Google’s and Facebook’s digital advertising products worked. The largest companies could be forced to share some data with small rivals. Stiffer competition rules could prevent the companies from giving their services preferential treatment over small rivals, and limit their ability to move into new product categories.

“There is a lot to lose for the tech industry with the new legislation,” Mr. Bank of LobbyControl said.

The laws are not expected to be approved before 2022, giving the companies ample time to influence the debate.

In October, the leaked document showed how Google tried to influence the European debate before a draft was even introduced. It included plans to enlist U.S. officials from embassies across Europe and in the Office of the United States Trade Representative. It suggested talking points for Google supporters, such as the risk to the economy during the pandemic.

After details of the document were published by Le Point, a French magazine, many European officials expressed outrage and resolved to press ahead with the new laws. In a meeting after the leak, Sundar Pichai, Google’s chief executive officer, apologized to Thierry Breton, a European commissioner helping to draft the new rules.

Yet Google and its allies appeared to be moving forward with ideas in the plan nonetheless. In Washington, the Internet Association, a trade group representing Google and other tech giants, submitted comments to the U.S. trade representative, encouraging the federal government to “act decisively and quickly in order to prevent the rapid expansion of harmful initiatives” in Europe.