Bitcoin and Dogecoin Are Boosted by Elon Musk 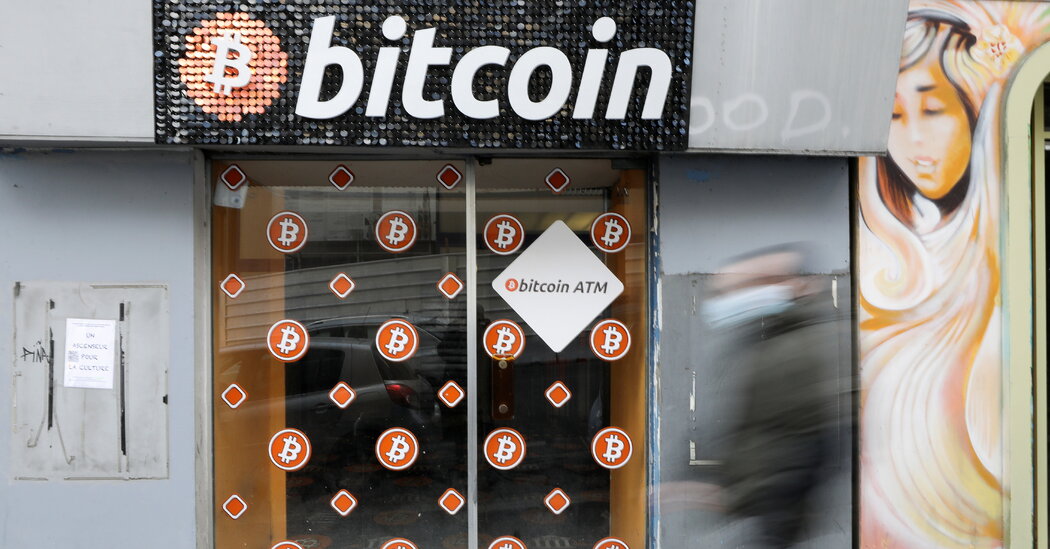 SAN FRANCISCO — Bitcoin hit a new high above $47,000 on Monday, shooting up more than 45 percent from the beginning of the year.

Other digital currencies — with names like Terra and Solana — also rose sharply in value.

Even Dogecoin, a cryptocurrency that began as a joke with a perpetually surprised Shiba Inu dog for its symbol, has soared almost 1,000 percent over the last week to set a record.

The rally is a moment of euphoria for the thousands of different versions of digital money, which years ago were dismissed as little more than online Beanie Babies caught in a speculative bubble. While cryptocurrencies often rise and fall together, the latest surge stands out for its magnitude — for the first time, the value of all cryptocurrencies skyrocketed above $1 trillion over the last month — as well as the number of people who are using the digital tokens for practical purposes and the major players who are getting involved.

On Monday, the ostensible reason for the rally was an announcement from Tesla, the electric car company run by Elon Musk, the world’s richest person. Tesla said that it had bought $1.5 billion of Bitcoin and would begin accepting Bitcoin payments, setting off a frenzy of interest.

But the underlying momentum for a spike has been slowly building for about a year. Over that period, PayPal has joined other consumer apps that allow their users to buy, hold and sell cryptocurrencies. Some of the biggest hedge fund operators in the world — like Paul Tudor Jones and Stanley Druckenmiller — have also put money into the new market, in a sign that they increasingly view cryptocurrencies as an asset like gold.

“It’s just a sea change in sentiment,” said Meltem Demirors, the chief strategy officer at CoinShares, a cryptocurrency asset manager. “We went from being mocked and ridiculed to having the richest man in the world talking about it.”

The rally follows a recent frenzy over the stock of the video-game retailer GameStop, which was also driven up by social media memes and Mr. Musk’s joking tweets. Joshua Gans, a professor studying innovation at the University of Toronto’s business school, said both run-ups feature a new generation of investors who have had a lot of time on their hands in the pandemic and have had few attractive options for spending their money. As a result, they have become more interested in investments being talked about online, he said.

Buying and trading stocks and cryptocurrencies have also become simpler and more accessible, Mr. Gans said. Square and the trading app Robinhood have both introduced cryptocurrency and stock trading over the last few years. Last year, PayPal also added cryptocurrencies to its app, widening the audience.

“People haven’t had surplus cash before and time on their hands to ‘learn’ about trading,” Mr. Gans said. Now stocks and cryptocurrencies are “easier to ‘buy’ into than ever.”

Cryptocurrencies began appearing in 2009 after someone known as Satoshi Nakamoto — whose real identity has never been revealed — released the rules and software for Bitcoin. The virtual currency, which has no physical backing, could be sent electronically from one user to another, anywhere in the world. Bitcoin was run by a decentralized network of computers that keeps track of all transactions, so it could not be controlled by a government or company.

Bitcoin was initially described as a way to pay for things online. But the need for transactions to run through the decentralized system made it slow for payments.

Over time, investors became more interested in Bitcoin because it was not controlled by any government or company. The software that sets the rules for Bitcoin also allows only 21 million Bitcoin to ever be created, so it was a scarce resource.

Those qualities have created periods of boom and bust for Bitcoin and other digital currencies. In 2017, after a rapid run-up, the price of Bitcoin crashed. But since the coronavirus pandemic, a new set of powerful investors and companies have entered the market.

They have included hedge fund operators like Mr. Tudor Jones and Mr. Druckenmiller, as well as Ray Dalio, the founder of Bridgewater. While Mr. Dalio expressed skepticism about Bitcoin last November, he published an essay last month after further study describing the cryptocurrency as “one hell of an invention.” He added that he was considering putting money into Bitcoin.

Other Bitcoin proponents include Jack Dorsey, the chief executive of Twitter and Square. Square invested $50 million in Bitcoin late last year. And Mr. Dorsey, whose profile on Twitter is #bitcoin, has often tweeted about the qualities of virtual currencies.

Last year, Michael Saylor, the chief executive of the software company Microstrategies, also put cash on his company’s balance sheet into Bitcoin. He has since watched it triple in value to around $3 billion, according to the site Bitcointreasuries.org. Mr. Saylor has said he made the move because he believes the value of traditional currencies will fall over time, making Bitcoin’s scarcity more valuable.

“For anything that anybody invested in as a store of value, it starts to look like it is better to move that into Bitcoin,” Mr. Saylor said in November.

Mr. Musk has talked with Mr. Saylor on Twitter in recent months about imitating that strategy. Then in a filing on Monday, Tesla said it had bought $1.5 billion of Bitcoin to “maximize returns on our cash.”

Mr. Musk has stoked the fever around cryptocurrencies through other tweets. Last month, Mr. Musk followed Mr. Dorsey by changing his Twitter profile to #bitcoin. He removed that description a few days ago, but has posted other encouraging — and sometimes cryptic — messages about virtual currencies.

He has also talked up Dogecoin, a coin created in 2012 as a playful experiment to let people try out the technology. Over the past month, Mr. Musk has gone from posting cryptic jokes about Dogecoin (“One word: Doge”) to semi-serious arguments for why it might be taken seriously (“Doge appears to be inflationary, but is not meaningfully so”).

Other celebrities then took up the Dogecoin cause with their own viral tweets. On Saturday, the rapper Snoop Dogg responded to a tweet from Mr. Musk with a picture of himself as Snoop Doge.

Beyond people chasing the latest online joke, more are using cryptocurrencies for more serious purposes. Ethereum, the second most valuable digital token, has spawned applications that allow new kinds of financial transactions. Unlike Bitcoin, which only supports the storage and movement of money, Ethereum makes it possible to use a computer network for more complicated kinds of computation and transactions.

As of Monday, the system had over $5 million in outstanding lending, according to the site DefiPulse. Ethereum also hit a high on Monday of $1,776, according to Coinbase, up 134 percent since the beginning of the year.

“Back in 2017 people were just buying anything that was on sale,” Ms. Demirors said. “Now people know what they are buying and they are asking smart questions. This feels very different.”