Can You Gather With God Over Zoom? 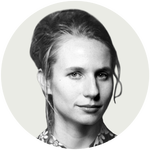 Photographs and Text by Bianca Giaever

For the past 27 years, Ted Ehrhardt has awoken on Sunday morning and headed to worship at the Brooklyn Quaker Meetinghouse. “I wait all week to get there,” he said. “I know every board in the room, every crack in the plaster.”

Quakers have worshiped in the meetinghouse on Schermerhorn Street since 1857. The walls of the room are bare and white, and when you look up to check the time, there is no clock. The room’s only decoration is a bouquet of flowers, brought every week by the flower committee.

After fighting in the Vietnam War, Ehrhardt, 76, was drawn to Quakers because of their message of nonviolence. “I’m a very conflicted, confused and bewildered man,” he said. “The meeting for me is a touchstone. It’s the thing holding me together.” So when he found out that the meeting could no longer continue because of coronavirus, he felt unmoored. Not long after, the members of the Quaker ministry and council came up with a back up plan. The meetings would resume over Zoom.

“In order to foster stillness and quiet, you’ve been automatically muted upon joining this meeting,” the worship host now announces at the virtual Brooklyn meeting each Sunday.

In Quaker worship, members sit together in silence, waiting for a message from God to move through them. This new frontier in virtual Quakerism posed a question — was it possible to gather with God over Zoom?

“I shared with neighbors that I am attending Quaker Meeting via Zoom and they laughed,” Meg Langworthy, 56, of the Middlebury, Vt. meeting, wrote over email. “Sitting in silence in front of a computer for an hour. Some things you cannot explain.”

Sasha Chavchavadze, a member of Brooklyn’s flower committee, still gathers bouquets for the Zoom meeting. “Bringing the flowers is a devotional act,” Chavchavadze said. “It’s part of the worship for me.” For a meeting last month, she rustled up a bouquet of cherry blossoms that had just bloomed in the backyard of her late mother’s house in Wellfleet, Mass. “Those were just a knockout,” she said.

Since the worships went virtual at the end of March, Arthur Fink, 73, of Portland, Maine, now attends meetings all around the world. He starts his Sunday at a meeting in Amsterdam, where he used to visit, then joins one in Birmingham, England, and a worship at the Pendle Hill Institute, outside Philadelphia, before finishing back home in Portland, “in one spirit filled day,” he said.

Over Zoom, there is a new intimacy to the gatherings. Faces and expressions are on full display. “I really see that they are deep in worship,” Joan Malin said of her fellow Brooklyn Friends. “There’s a vulnerability when someone is doing that, and here they are putting it onscreen for us to witness,” she said. “It helps me get there, too.”

Worshiping from home has also affected the nature of “vocal ministry,” the moments in meeting when a member feels compelled to speak. In a Brooklyn meeting, someone turned the camera toward the mustard seedlings in their garden. In Middlebury, Vt., Robert Wyatt pivoted to his piano and played a short song. In Westerly, R.I., one member forgot to re-mute themselves after a message, and for many minutes the sound of a single bird projected over the Zoom call. “I am grateful for this bird who has entered our meeting,” said Debbie Dear, 86, from Mystic, Conn.

This is not the first time that Quakers have worshiped outside the meetinghouse. For nine and half years, beginning in 1994, a group of Quakers from Brooklyn meeting worshiped in silence outside the New York State Supreme Court building on Wednesday afternoons to protest the death penalty. And Chavchavadze recalled a time when one member couldn’t find a parking spot, so she double-parked outside the meeting and worshiped from the car. “At that point, she said she realized she could worship from anywhere,” Chavchavadze said.

Jim Morgan from Manhattan, said he still attends the Brooklyn meetinghouse in his mind. “I have a certain place where I sit, and I imagine myself looking out the windows to the west, and I can imagine the quality of light,” he said. “I can imagine the other people there, and the people who are no longer with us.”

Morgan met his partner, Lyn Pyle, at a meeting 24 years ago. Since the shutdown began, Morgan has been in Savannah, Ga., and Pyle in the Bronx. When he enters the Zoom meeting on his phone, he scrolls through the pages of faces to find her, and pulls her on the screen next to him. “She is one of three other people on my screen,” he said. “I like it best when she’s to my left,” the way she would be in the pew.

As for Ehrhardt, the Vietnam veteran, was it possible to gather with God over Zoom? “Let me think for a minute before I speak,” he said. We sat in silence.

“I think so,” he continued. “Most of us are quiet enough to hear the gentle voice.”

Surfacing is a biweekly column that explores the intersection of art and life, produced by Alicia DeSantis, Jolie Ruben and Josephine Sedgwick.