Court Could Consider Whether Trump Interfered in Cloud Computing Contract 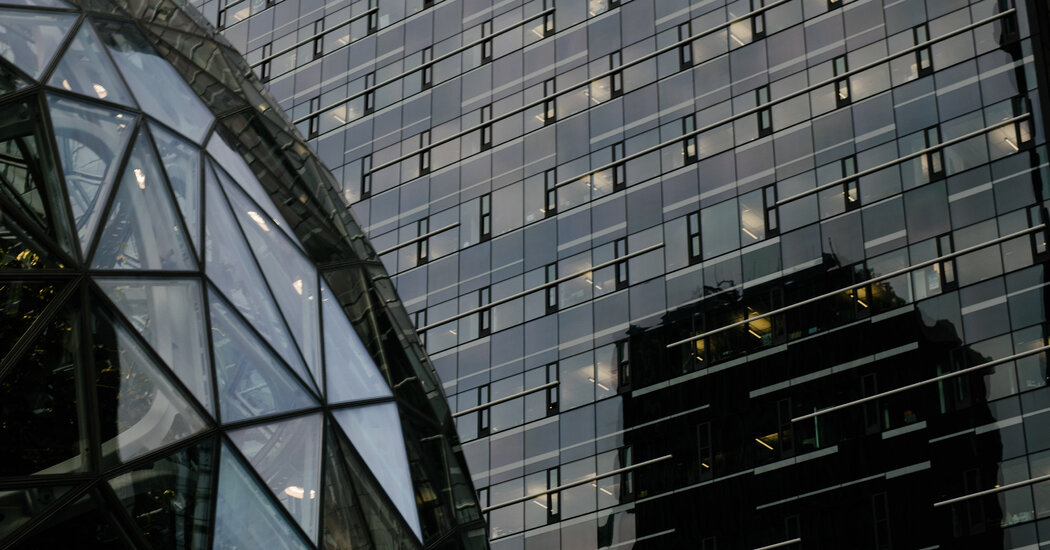 A federal court said on Wednesday that it did not dismiss the possibility that former President Donald J. Trump interfered in the awarding of a military cloud-computing contract worth $10 billion, a decision that could result in the overhaul of a long-running effort to modernize technology at the Defense Department.

The decision could be a victory for Amazon, which claimed it was passed over during contract deliberations because of Mr. Trump’s animosity toward its founder, Jeff Bezos. But the Defense Department has hinted that it would scrap the contract altogether if litigation over it dragged on, evaporating Amazon’s chance to secure the multibillion-dollar deal.

The 10-year contract for the Joint Enterprise Defense Infrastructure, known as JEDI, was awarded to Microsoft in 2019 after a fierce fight among Amazon and other tech giants for the lucrative deal to modernize the military’s cloud-computing systems.

But Amazon sued to block the contract, arguing that Microsoft did not have the technical capabilities to fulfill the military’s needs and that the process had been biased against Amazon because of Mr. Trump’s repeated criticisms of Mr. Bezos.

Mr. Bezos owns The Washington Post, which aggressively covered the Trump administration, and Mr. Trump referred to the newspaper as the “Amazon Washington Post” and accused it of spreading “fake news.”

Mr. Trump said other companies should be considered for the JEDI contract, and Amazon argued he used “improper pressure” to sway the Pentagon as it selected a technology vendor.

“The record of improper influence by former President Trump is disturbing, and we are pleased the court will review the remarkable impact it had on the JEDI contract award,” said Douglas Stone, an Amazon spokesman. “We continue to look forward to the court’s review of the many material flaws in the D.O.D.’s evaluation, and we remain absolutely committed to ensuring that the department has access to the best technology at the best price.”

The Defense Department said Mr. Trump had not played a role in the decision. Microsoft said that Amazon’s claims of bias lacked evidence and that it was prepared to provide the necessary technology to the military.

“This procedural ruling changes little,” since the Defense Department has already sided with Microsoft twice, said Frank X. Shaw, a Microsoft spokesman. “We’ve continued for more than a year to do the internal work necessary to move forward on JEDI quickly.”

Much of the military operates on outdated computer systems, and the Defense Department has spent billions of dollars trying to modernize those systems while protecting classified material.

Last February, Judge Patricia E. Campbell-Smith of the Court of Federal Claims ordered Microsoft to stop working on the contract until Amazon’s legal challenge was resolved. The delay was unnecessary, a Pentagon spokesman said at the time, and set back efforts to update Defense Department technology.

The Pentagon warned Congress in January that it would explore other ways to fulfill the Defense Department’s need for cloud-computing technology if the court agreed to hear arguments about Mr. Trump’s role.

Claims that Mr. Trump tipped the scales against Amazon “will need to be substantively litigated” and would require depositions from top-ranking Pentagon officials and former White House aides, the Defense Department’s Office of the Chief Information Officer said in a letter delivered to Congress.

“The prospect of such a lengthy litigation process might bring the future of the JEDI cloud procurement into question,” the office said in its letter.

The Defense Department’s top priority should be getting technology into the hands of service members, and further delays would be unreasonable, the letter added. “This requirement transcends any one procurement, and we will be prepared to ensure it is met one way or another.”

Earlier this month, the Defense Department pressed the court to update its timeline for the case. “Continued delay in the start of performance under JEDI entails continuing, and to some degree compounding, national security implications,” Brian Boynton, the acting assistant attorney general, wrote in a court filing.

A Defense Department spokesman declined to comment on the ruling.

Judge Campbell-Smith denied petitions from Microsoft and the Defense Department to dismiss Amazon’s interference complaint. In a court filing, she asked the companies and the agency to come up with a plan for how to proceed within the next month.

If the lawsuit proceeds, Amazon could request depositions with former Trump administration officials to bolster its interference claims.

“The Trump interference issue puts a major fly in the ointment for the D.O.D.,” said Daniel Ives, the managing director of equity research at Wedbush Securities. “They could look to carve this deal up, go back to square one, or go ahead and reward it to Microsoft despite the legal battle. The JEDI saga has been frustrating for all parties.”