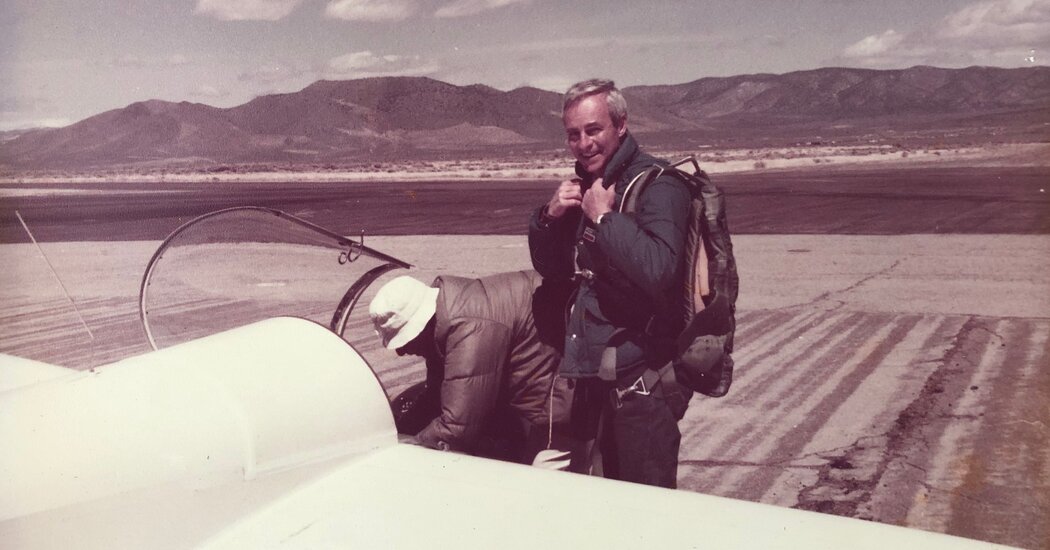 Daniel M. Tellep, an aerospace engineer who initiated a merger between Lockheed and Martin Marietta to form the world’s largest military contractor, then became its first chief executive, died on Nov. 26 at his home in Saratoga, Calif. He was 89.

His death was confirmed by his daughter Susan Tellep.

Mr. Tellep was at Lockheed’s helm as the Cold War was ending. Lockheed, based in Calabasas, was struggling and looking at potentially diminished demand with the relaxation of global tensions, as was Martin Marietta, led at the time by Norman R. Augustine. The merger, in 1995, created a defense industry behemoth. In 2019, Lockheed Martin net sales were $59.8 billion.

“The ‘merger of equals’” that he orchestrated between Lockheed and Martin “led to innovations and capabilities that continue to protect our nation, our allies, and our highest ideals,” Marillyn Hewson, Lockheed Martin’s executive chairwoman, said in a statement after Mr. Tellep’s death.

As a chief executive at Lockheed and then at Lockheed Martin, Mr. Tellep oversaw development of military communications satellites, photographic intelligence satellites, the Hubble Space Telescope and more.

As an engineer at Lockheed, he was a pioneer of space and missile technology systems. He was the principal scientist on the country’s first re-entry flight experiments, conducted to determine how a nuclear missile could best go through the atmosphere, into space and then back into the atmosphere without being destroyed. He also worked on submarine-launched ballistic missile systems and on producing thermal tiles to protect space shuttles.

“He had a lot of knowledge of how to keep things from burning up, basically,” his longtime colleague David Klinger said in a phone interview. “He was very good at the mathematics as well as the practical side to actually make things work. And he was so good that the company put him in charge of more and more people.”

Daniel Tellep was born on Nov. 20, 1931, in Forest City, Pa., about 25 miles northeast of Scranton, to John and Mary Tellep. His father worked as a coal processor and then as a carpenter. His mother, who had immigrated from Eastern Europe as a child, worked for a thread company. The family later moved to San Diego, where his father worked as a machinist and where Daniel grew up.

Daniel was obsessed with flight from a young age, when he began developing a lifelong passion for model airplanes; in a memoir he wrote for his family, he recalled building his first:

“No doubt the finished model was crude, but there it was, three-dimensional, recognizable as one of the popular airplanes of the era, and I could hold it out on my arm and move it as if it was in flight. I remember looking at it for hours.”

Mr. Tellep’s work in re-entry technology and thermodynamics won him, at 32, the Lawrence B. Sperry Award from the American Institute for Aeronautics and Astronautics. He was later elected to the National Academy of Engineering.

Rising through Lockheed’s ranks, Mr. Tellep was named president in 1984 and chairman and chief executive in 1989. The company had been struggling, and he helped turn it around. He was in charge when it won a large contract to build the F-22, the newest generation of Air Force fighter planes at the time. The contract translated to $70 billion in revenue for the company and its partners and solidified Lockheed’s corporate rebound.

His leadership was noticed.

“Throughout Lockheed’s travails over the past several years, Mr. Tellep has maintained his characteristic outward calm and affability,” The New York Times wrote of him in 1991, “though he proved himself to be as tough as the most ruthless corporate raider.”

Mr. Tellep became Lockheed Martin’s first chairman and chief executive in 1995, serving as C.E.O. for nine months and remaining as chairman until 1998.

He met Margaret Lewis, in college and married her in 1954. The couple had four girls and later divorced. He met and married Patricia Baumgartner, a psychotherapist, in 1970. They remained together until her death in 2005.

In addition to his daughter Susan, he is survived by his three other daughters, Teresa and Mary Tellep and Patricia Axelrod; his first wife, with whom he remained close; two stepdaughters from his second marriage, Chris Chatwell and Anne Bossange; seven grandchildren; and five great-grandchildren.

Mr. Tellep’s passion for flight extended into his adult years, when he would take to the sky in engineless gliders, a pursuit requiring deep knowledge of wind and thermodynamics. He flew radio-controlled airplanes into his early 80s. And the model planes he built as a boy, including a treasured one he lost, remained in his memories.

“On a hot summer day, I launched the glider,” he wrote in his family memoir, “and it seemed to circle forever, barely descending. This was when I learned about ‘thermals.’ This rising column of air carries with it all things light — and this included my glider. Since I didn’t put my name on it, there was no way it could be returned. Now, so many years later, it is with me in a different way.”