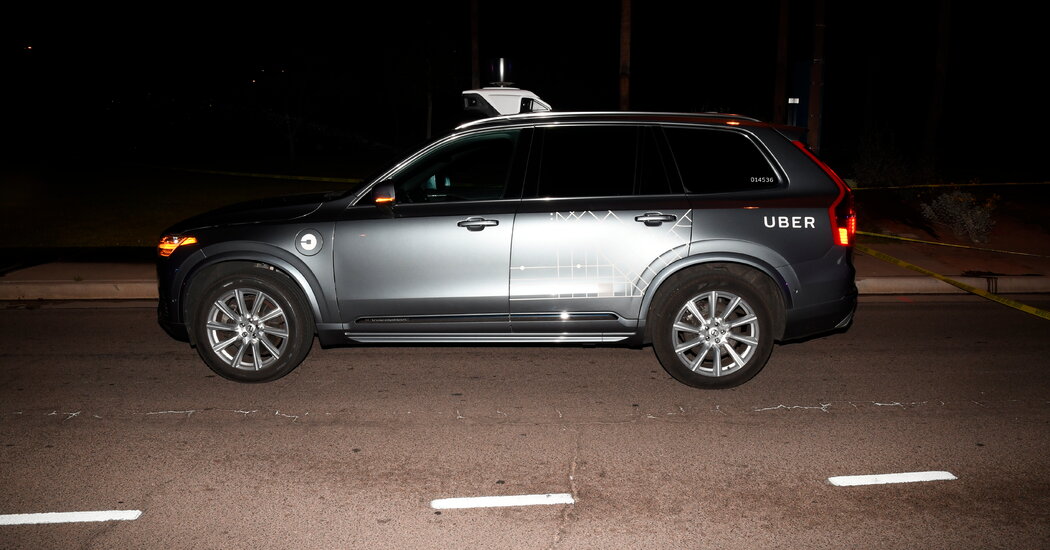 A safety driver who was riding in an autonomous Uber vehicle when it struck and killed a pedestrian on a street in Tempe, Ariz., in 2018 has been charged with negligent homicide, the local authorities said on Tuesday.

The crash is believed to be the first pedestrian death caused by self-driving technology, and raised questions about who should be held responsible for such fatalities. In the aftermath, Uber temporarily halted testing for its self-driving cars. The vehicles returned to the road nearly a year later, at lower speeds and with greater restrictions.

Rafaela Vasquez, 46, who worked for Uber and was overseeing the autonomous vehicle at the time of the crash, pleaded not guilty at her arraignment on Tuesday in Maricopa County Superior Court.

Investigators have said she was watching a video on her phone and did not brake until it was too late to stop. The vehicle was traveling about 40 miles per hour when it hit Elaine Herzberg, 49, as she was walking her bicycle across the street at night, the authorities said.

A National Transportation Safety Board investigation attributed the crash mostly to human error, but also faulted an “inadequate safety culture” at Uber.

An Uber spokesman declined to comment on the charge against Ms. Vasquez. An attorney representing her did not immediately respond to a request for comment.

“Distracted driving is an issue of great importance in our community,” the Maricopa County attorney, Allister Adel, said in a statement. “When a driver gets behind the wheel of a car, they have a responsibility to control and operate that vehicle safely and in a law-abiding manner.”