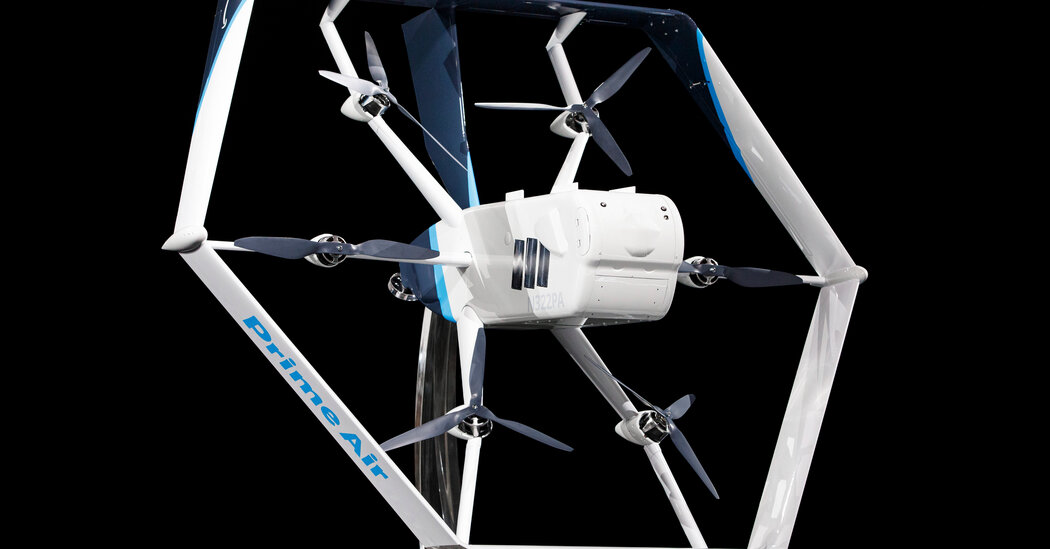 Amazon has received federal approval to use drones to deliver packages, bringing the retailer a critical step closer to its goal of shortening delivery times to 30 minutes or less.

The Federal Aviation Administration said Monday that it had issued a Part 135 air carrier certificate to Amazon for its fleet of Prime Air drones.

Amazon did not say when customers could expect drones to drop packages at their doorsteps. Obtaining the F.A.A. certificate was an “important step,” the company said, adding that it would continue to test the technology, which has been in development for years.

The company said it was required to submit evidence of the safety of its operations, and to demonstrate those operations for the agency.

David Carbon, the vice president of Prime Air, said in a statement that the certification “indicates the F.A.A.’s confidence in Amazon’s operating and safety procedures for an autonomous drone delivery service that will one day deliver around the world.”

He added that the company would “continue to develop and refine our technology to fully integrate delivery drones into the airspace, and work closely with the F.A.A. and other regulators around the world to realize our vision of 30-minute delivery.”

At a conference in Las Vegas last year, Amazon revealed a fully electric hexagonal drone that could carry up to five pounds. The drone had advanced spatial awareness technology that allowed it to avoid contact with other objects, the company said.

Amazon already offers one-day delivery in many places, but shortening delivery times has long been a goal of the company’s chief executive, Jeff Bezos. In 2013, he predicted in a “60 Minutes” interview that drones would become common within five years.

Seven years later, Amazon is only the third company to receive a Part 135 air carrier certificate, after Wing Aviation, which is owned by Google’s parent company, Alphabet; and UPS Flight Forward. Neither company has implemented drone delivery widely as yet.

The F.A.A. has been investing in the technology. On Aug. 21, Elaine L. Chao, the transportation secretary, said that the agency was giving $7.5 million in grants to universities for research on “the safe integration of drones into our national airspace.”