Earth to Voyager 2: After a Year in the Darkness, We Can Talk to You Again 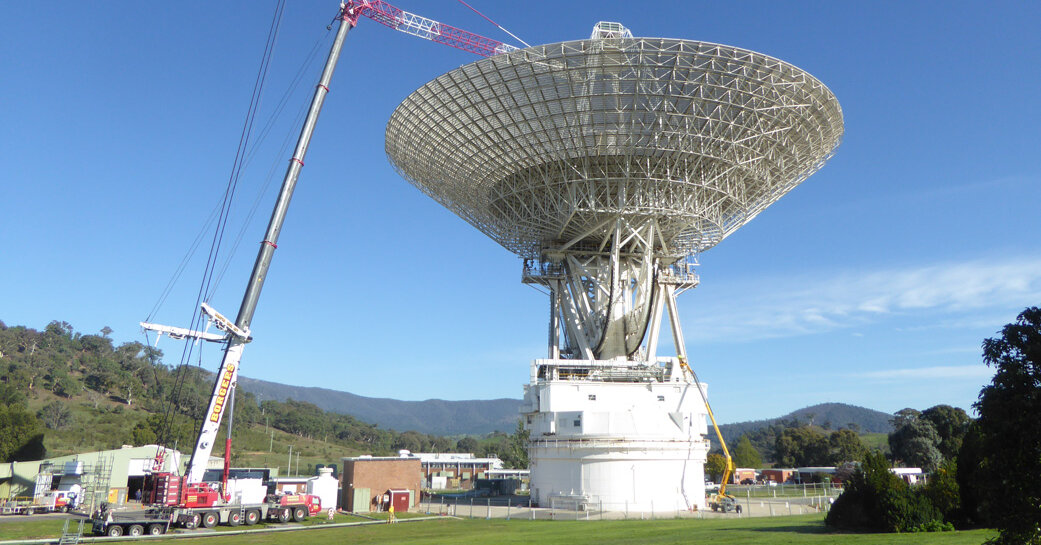 “I think there was probably a big sigh of relief there,” Mr. Nagle said. “And we were very pleased to be able to confirm that the spacecraft was still talking to us.”

The work got high marks from NASA officials in the United States.

“The DSN folks in Canberra did a remarkable job under the pandemic conditions just to upgrade DSS 43,” said Suzanne Dodd, the Voyager mission project manager and director of the Interplanetary Network Directorate at the Jet Propulsion Laboratory. “I’ve got 100 percent confidence in that antenna, that it will operate just fine for a few more decades. Long past when the Voyagers are done.”

Both Voyager 1 and Voyager 2 hold the records for the farthest a spacecraft has ever traveled and for the longest operating mission. Voyager 2 has had a few hiccups over the years, but it is still feeling its way around in the dark, making discoveries about the boundaries that separate our solar system from the rest of the Milky Way galaxy.

“I’ve seen scientists whose backgrounds are in astrophysics now looking at Voyager data and trying to match that up with data they have from ground-based telescopes or other space-based telescopes,” Ms. Dodd said. “That’s kind of exciting to go from a planetary mission to the heliophysics mission and now, practically into an astrophysics mission.”

While Voyager 2 keeps chugging along, Ms. Dodd and her colleagues are preparing to switch off one of its scientific sensors, the Low Energy Charged Particle instrument. Doing so will ensure that the spacecraft’s limited power supply can keep its other systems, particularly its communications antenna, warm enough to function.

While that will reduce the spacecraft’s scientific output, the main goal now is longevity.

The team estimates that both spacecraft can operate for another four to eight years, and NASA last year granted the team three more years of flying time.