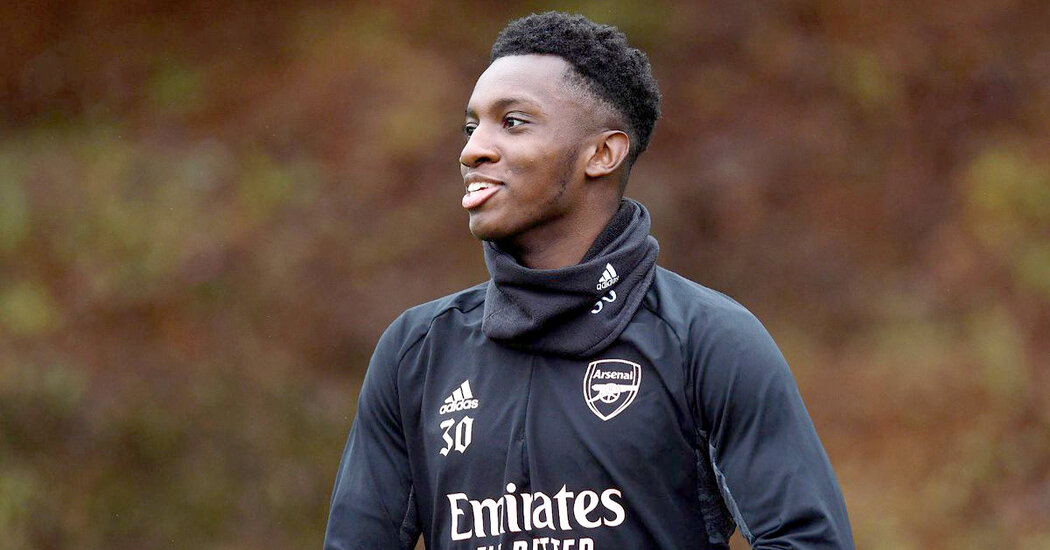 English soccer officials said Saturday that they would conduct a social media blackout next weekend to protest “the ongoing and sustained discriminatory abuse received online by players and many others connected to football.”

The boycott has the support of a coalition of groups, including the Premier League, the richest and most high profile soccer league in the world, but also England’s soccer federation; the top two professional tiers of men’s and women’s soccer; referees; the country’s players union, and others.

The action is the most direct effort yet by a sport to pressure social media companies like Twitter, Instagram and Facebook to take action against online abuse, and comes after a season in which players, clubs, team executives, referees, female commentators and others have been the targets of abuse.

The social media boycott also follows a week of fury and street protests against top clubs and their owners who tried — and failed — to create a breakaway European Super League that would have walled them off from many of the structures, including the pay system, that have sustained soccer for a century. At each of the protests, there were vitriolic demands for the owners of teams to sell.

Cases of harassment have been well documented online. In February, Arsenal striker Eddie Nketiah posted a picture on Twitter with the caption “Working with a smile!”

Such harassment has been instigated not only by fans, but also by club social media accounts. In December, the commentator and former soccer player Karen Carney deleted her Twitter account after she received a wave of online abuse.

After a 5-0 win by Leeds United over West Brom, Carney on Amazon Prime Video Sport wondered whether Leeds would “blow up at the end of the season.” A clip of her commentary was shared by the Leeds team Twitter account, which invited a slew of hateful messages toward Carney.

Many on Twitter defended her and criticized the team’s social media folks, including the former Leeds captain Rio Ferdinand, who called for the tweet to be deleted.

“Cyber bullying a female pundit and opening her up to mass online abuse for DOING HER JOB AND HAVING HER OPINION!” England said.

In February, the top executives of the Football Association — English soccer’s governing body — the Premier League, and other organizations wrote an open letter to Jack Dorsey, Twitter’s chief executive, and Mark Zuckerberg, the C.E.O. of Facebook, calling for the leaders to put an end to “the levels of vicious, offensive abuse” coming from users on their platforms.

“The reality is your platforms remain havens for abuse,” the soccer executives wrote. “Your inaction has created the belief in the minds of the anonymous perpetrators that they are beyond reach.”

In a news release announcing the social media boycott, which will take place from Friday afternoon through Monday, English soccer called on the United Kingdom to “bring in strong legislation to make social media companies more accountable for what happens on their platforms.”

“Racist behaviour of any form is unacceptable and the appalling abuse we are seeing players receive on social media platforms cannot be allowed to continue,” Masters said. “Football is a diverse sport, which brings together communities and cultures from all backgrounds and this diversity makes the competition stronger.”

It’s not the first time soccer has tried to shine a light on racism.

Players and coaches in the Premier League and other top leagues, for example, have been kneeling before kickoffs all season in a show of support for the Black Lives Matter movement — at the encouragement of the league’s team captains and with the support of league officials.

But some players and even entire teams, frustrated with a lack of concrete progress on racial issues and feeling the gesture has become more performative than productive, have recently stopped taking part.

Crystal Palace forward Wilfried Zaha said he had come to see the kneeling as “degrading,” and said he would stop doing it and would focus his efforts elsewhere. Brentford, a team in England’s second-tier Championship, in February stopped taking a knee before games. While the players said in a statement that they still supported antiracism efforts, they said, “We believe we can use our time and energies to promote racial equality in other ways.”

The social-media blackout will take place while an entire slate of games in multiple leagues will be played, including one between Manchester United and Liverpool, the Premier League’s defending champion.

Edleen John, director of international relations for the Football Association, said English soccer will not stop pressing for change after next weekend.

“It’s simply unacceptable that people across English football and society more broadly continue to be subjected to discriminatory abuse online on a daily basis, with no real-world consequences for perpetrators,” John said. “Social media companies need to be held accountable if they continue to fall short of their moral and social responsibilities to address this endemic problem.”