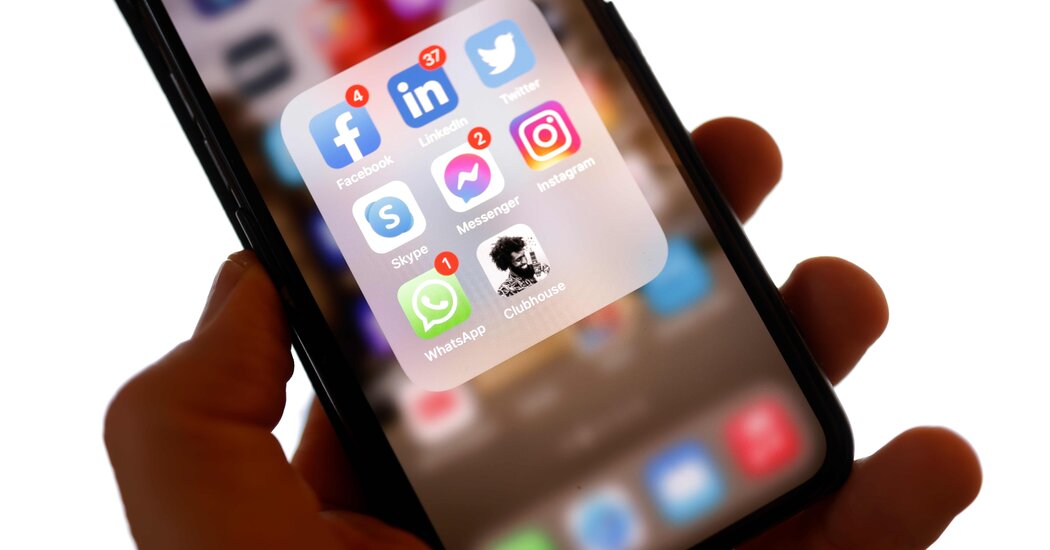 SAN FRANCISCO — Facebook is building an audio chat product that is similar to the popular young app Clubhouse, according to two people with knowledge of the matter, as the social network aims to expand into new forms of communication.

Clubhouse, a social networking app, has gained buzz for letting people gather in audio chat rooms to talk about various topics. Mark Zuckerberg, Facebook’s chief executive, has been interested in audio communication forms, said the people with knowledge of the matter, and he appeared in the Clubhouse app on Sunday to chat about augmented and virtual reality.

Facebook executives have ordered employees to create a similar product, known internally as Fireside, said the people, who were not authorized to speak publicly. The product is in its earliest stages of development, they said, and the project’s code name could change.

“We’ve been connecting people through audio and video technologies for many years and are always exploring new ways to improve that experience for people,” Emilie Haskell, a Facebook spokeswoman, said.

Facebook has a history of breaking into new technologies and chasing different mediums that have attracted users, especially if those audiences are young. Mr. Zuckerberg bought the photo-sharing site Instagram, the messaging app WhatsApp and the virtual reality company Oculus when all were small start-ups.

Facebook is also known in Silicon Valley for being willing to clone its competitors. Instagram in 2016 copied one of the marquee features of rival Snapchat, Stories,”which allow users to share ephemeral videos and photos. Last year, Instagram debuted Reels, a TikTok-like video product. When the teleconferencing service Zoom became popular last year, Facebook quickly created Rooms, a group video chat service. And this year, Facebook has been working on a competing product to Substack, the popular newsletter service.

Facebook has dabbled in experimental app development through its New Product Experimentation team. The team has worked on podcast apps, travel apps and music apps, among others.

Clubhouse, which was founded last year by the entrepreneurs Paul Davison and Rohan Seth, has gained traction among Silicon Valley’s elite as a private, invite-only iPhone app. The app is in “beta,” meaning it is still in a testing stage before a wide release.

After signing up for Clubhouse, users can create rooms dedicated to different topics. Instead of video or text, Clubhouse’s preferred medium is voice chat. Room sizes vary from the intimate to thousands of people listening or participating. At times, it works like a hybrid of a CB radio and 1980s-era party line.

Clubhouse has flourished in the pandemic as people have searched for ways to connect while remaining isolated from one another. The app sits atop the Apple App Store rankings in countries like Germany, Italy, Japan and Turkey. At a recent internal meeting, Mr. Davison and Mr. Seth said Clubhouse had two million weekly users.

Dozens of celebrities — from Drake and Tiffany Haddish to Jared Leto and a co-founder of Instagram — have appeared on the app, joining different discussions and using the service to promote their projects.

Investors have noticed. Clubhouse raised $100 million in January at a $1 billion valuation, according to PitchBook. It was valued last year at $100 million. Its investors include the venture capital firm Andreessen Horowitz and more than 180 others, the company has said.

Others are trying to compete with Clubhouse. Twitter is testing a product, called Spaces, that offers a similar audio chat function.

International interest in Clubhouse has also proliferated. On Monday, the app was blocked in China after people there joined those from Taiwan, Hong Kong and elsewhere to share thoughts on topics ranging from the political to the mundane.

Tech titans have started occasionally appearing on Clubhouse. Last month, Elon Musk, the world’s richest person, agreed to be interviewed on Clubhouse by two Silicon Valley technologists, Sriram Krishnan and Aarthi Ramamurthy, who host a nightly talk show on the app called “Good Time.” That brought a rush of interest, and Clubhouse struggled to keep its service afloat.

On Sunday, the hosts of “Good Time” interviewed a Facebook executive when a surprise guest showed up: Mr. Zuckerberg. He spoke briefly about the future of augmented and virtual reality and Facebook’s plans, before leaving to return to his family.