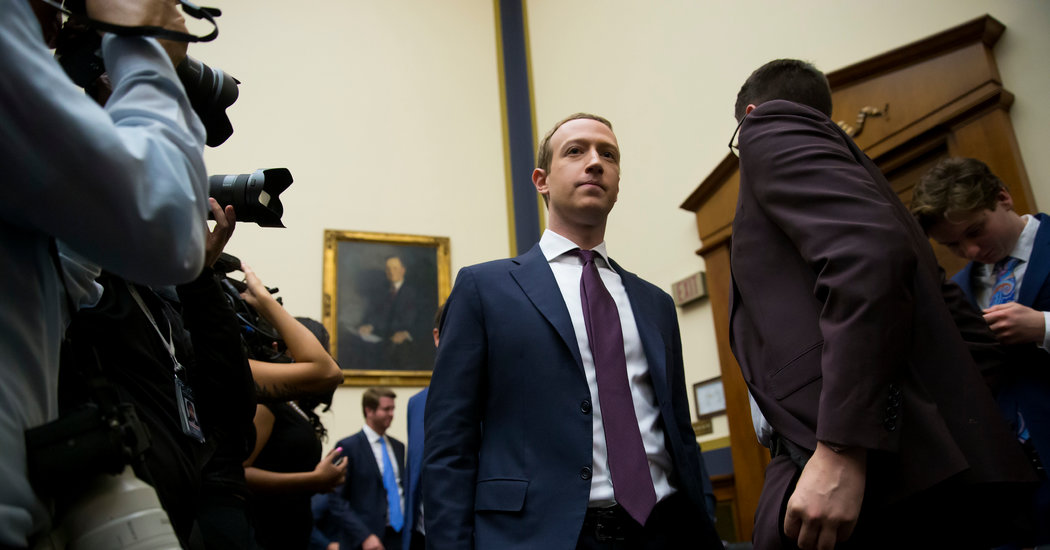 SAN FRANCISCO — Auditors handpicked by Facebook to examine its policies said that the company had not done enough to protect people on the platform from discriminatory posts and ads and that its decisions to leave up President Trump’s inflammatory posts were “significant setbacks for civil rights.”

The 89-page audit put Facebook in an awkward position as the presidential campaign heats up. The report gave fuel to the company’s detractors, who said the site had allowed hate speech and misinformation to flourish. The audit also placed the social network in the spotlight for an issue it had worked hard to avoid since the 2016 election: That it may once again be negatively influencing American voters.

Now Facebook has to decide whether its approach to hateful speech and noxious content — which was to leave it alone in the name of free expression — remains tenable. And that decision puts pressure on Mark Zuckerberg, Facebook’s chief executive, who has repeatedly said that his company was not an arbiter of truth and that it would not police politicians’ posts.

“Many in the civil rights community have become disheartened, frustrated and angry after years of engagement where they implored the company to do more to advance equality and fight discrimination, while also safeguarding free expression,” wrote the auditors, Laura W. Murphy and Megan Cacace, who are civil rights experts and lawyers.

The audit, which was the culmination of two years of examination of the social network, was another signal of how power by the largest tech companies is increasingly under scrutiny. Facebook, Google, Apple and Amazon are all facing questions over how they are wielding their influence and what effects it has had. Later this month, the chief executives of all four companies are set to testify in front of Congress.

But the report was especially devastating for Facebook, because its executives had pointed to it as a sign that the company was seriously grappling with the content of its site.

In the audit, Facebook was repeatedly faulted for prioritizing free expression on its platform over nondiscrimination, and for not having a robust infrastructure to handle civil rights. The report homed in on three posts by Mr. Trump in May, which the audit said contained hateful and violent speech or which harmed voters. Facebook left those posts untouched, over objections by the auditors, the report said.

In doing so, the social network set a “terrible precedent” that others could copy and that could affect the November election, the report said. The move cheated the billions of other people who use Facebook out of equal treatment, giving powerful political leaders a special exemption to make false and divisive statements, it said.

“Facebook has made policy and enforcement choices that leave our election exposed to interference by the president and others who seek to use misinformation to sow confusion and suppress voting,” Ms. Murphy and Ms. Cacace wrote.

They added that they “would have liked to see the company go further to address civil rights concerns in a host of areas.”

The auditors pointed to extremist and white nationalist content, as well as to hate organizations, saying Facebook needed to do more to identify and remove them from its site. The company’s algorithms also continued to push people toward self-reinforcing echo chambers, they said, potentially deepening polarization.

In a post on Wednesday about the audit, Sheryl Sandberg, Facebook’s chief operating officer, said the report was “the beginning of the journey, not the end.” She added: “What has become increasingly clear is that we have a long way to go. As hard as it has been to have our shortcomings exposed by experts, it has undoubtedly been a really important process for our company.”

Ms. Sandberg said Facebook was already taking steps to address its shortcomings, including banning ads with fear-mongering statements and prohibiting the spread of disinformation around the 2020 census. The company said it would also hire more civil rights experts, create a role for a senior vice president of civil rights leadership and direct voters to a “voting information center” that has accurate information.

On Wednesday, Facebook also took down more than 100 fake accounts linked to Roger Stone, a Republican operative and associate of Mr. Trump who was convicted last year of witness tampering and lying to Congress. Mr. Stone used the accounts to manipulate public debate in what the company calls “coordinated inauthentic behavior,” Facebook said.

The Silicon Valley company has increasingly been assailed for its free speech stance. In recent weeks, other social media companies like Twitter, Snap and Reddit have all taken action to label or downplay Mr. Trump’s incendiary posts or his account, or to ban harassing and hateful posts from his supporters.

Facebook’s difficulties have been compounded by civil rights groups organizing a campaign, “Stop Hate for Profit,” to urge its advertisers to boycott the platform. More than 300 advertisers, including Coca-Cola and North Face, have agreed to pause their spending on the site.

On Tuesday, civil rights leaders met with Mr. Zuckerberg and Ms. Sandberg with 10 demands, including appointing a civil rights executive. But attendees said the Facebook executives did not agree to many of their requests and instead spouted “spin.” Mr. Zuckerberg said that while the company would make some changes to its processes, it would not do so because of external pressure or threat of financial loss, said one person who attended the meeting.

“I don’t know if Mark appreciates that hateful speech has harmful results, and that Facebook groups have real-world consequences,” said Jonathan Greenblatt, chief executive of the Anti-Defamation League and one of the leaders of the “Stop Hate for Profit” campaign.

Civil rights groups including Free Press and Color of Change also met on Wednesday with nearly 300 ad agency and brand marketing leaders about Facebook. In the session, they said the new audit report exposed holes in the company’s content policies and enforcement practices, according to attendees.

The audit “has laid bare what we already know — Facebook is a platform plagued by civil rights shortcomings,” said Vanita Gupta, chief executive of the Leadership Conference on Civil and Human Rights. “Facebook has an enormous impact on our civil rights — by facilitating hate speech and violence, voter and census disinformation, and algorithmic bias, and by shortchanging diversity and inclusion.”

In the report, the auditors credited Facebook for making progress on some issues over the past two years, including increasing the hiring of some in-house civil rights experts and creating an ad system that would no longer allow advertisers running housing, employment and credit ads in the United States to target users based on gender, age or ZIP code. Mr. Zuckerberg had also personally committed to building products that “advance racial justice,” the report said.

But Facebook had been too willing to let politicians out of abiding by its rules, allowing them to spread misinformation, harmful rhetoric and even calls to violence, the report said.

The auditors said their concerns had increased over the past nine months because of decisions made by Mr. Zuckerberg and Nick Clegg, Facebook’s global head of policy and communications.

Last fall, Mr. Zuckerberg delivered a speech at Georgetown University about his commitment to protecting free speech at all costs. Since then, the report noted, Facebook had refused to take down inflammatory posts from Mr. Trump and had permitted untruthful political ads to be circulated.

“Elevating free expression is a good thing, but it should apply to everyone,” the auditors wrote. “When it means that powerful politicians do not have to abide by the same rules that everyone else does, a hierarchy of speech is created that privileges certain voices over less powerful voices.”

They added, “The prioritization of free expression over all other values, such as equality and nondiscrimination, is deeply troubling.”

In a series of recommendations, the auditors said Facebook needed to build a more robust civil rights infrastructure. They also said the company should be consistent in its policies and its enforcement, including “more concrete action and specific commitments to take steps to address concerns about algorithmic bias or discrimination.”

Even if Facebook acted on all of the recommendations, critics said, they were unclear whether it would be enough.

“As long as the platform is being weaponized to spread hate and violence, harm vulnerable communities, and undermine our democracy, we will continue to hold the platform accountable,” said Ms. Gupta, the civil rights organization leader.