Give Virus Alert Apps a Shot 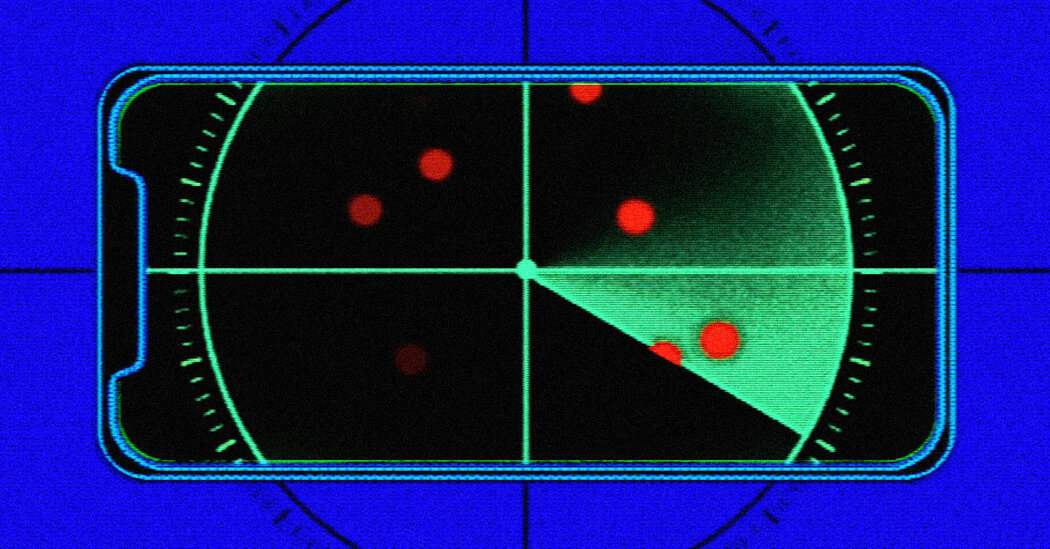 Some state health authorities are giving Americans the option to get notified on their smartphones if they spent time near someone who later test positive for the coronavirus. This technology is not a magic fix, but it’s a promising pandemic-fighting tool — which most people aren’t using.

My colleague Jennifer Valentino-DeVries recently wrote about the effectiveness and shortcomings of these virus exposure alert notifications. She spoke with me about what’s behind the technology, and why she’s comfortable with it after years of warning about privacy-invading apps.

Jen: They’re not even remotely as effective as ample virus testing with fast results, widespread use of masks and people keeping their distance from one another.

But the point of the alerts is to notify everyone an infected person may have interacted with as quickly as possible so they can stay away from other people and get tested. We have some data, including from Arizona and Switzerland, that these technologies can correctly notify those who have been exposed to infected people. If you combine effective testing, masks, contact tracing by humans and these automated exposure alerts, you can make a big impact.

(Here’s more on how these alerts work and how to find them for your state.)

Then why are so few people using these apps?

When I started my reporting, I thought the answer would be relatively simple: After years of privacy invasions, people concerned about the government or companies tracking them would just say no. But it’s more complicated.

Certainly some people distrust the government and technology companies. People are also wary of contact tracing by humans. But a big issue is that many people don’t know these apps exist, and not all states have actively promoted them.

And in surveys, a significant percentage of Americans say they wouldn’t use these apps even if they were 100 percent effective at stopping the pandemic and securing people’s privacy.

You write about the creepy ways we’re tracked through our phones. Now you’re saying yes to government and corporate surveillance?

This particular tech from Apple and Google is so well designed that I’m not sure I would even call it “surveillance.” It isn’t collecting location data or data from your contacts, and information about your network isn’t stored by the government or a tech company. It relies on Bluetooth to detect which phones have been near one another for more than a few minutes. But apps that don’t use this Apple and Google technology may be more intrusive.

California rolled out its exposure alert system on Thursday. How does it work?

Like a few other states, California is using the technology called Exposure Notifications Express from Apple and Google. The companies push notifications to everyone’s phones to encourage people to download the health department’s exposure notification app or change the phone’s settings to turn on the technology.

The notifications make a difference. States can relatively quickly get up to 20 percent of the population to participate in the alert system, which is a good start. In states that have made their own apps without notifications or other promotions, usage tends to be lower.

What are the shortcomings?

Exposure apps are most effective if people have good access to testing and relatively rapid turnaround for results — within minutes or a day. That means we’re back to where we’ve always been in the United States, which is that there’s no cohesive national strategy and testing is terrible in most places.

What do these virus exposure apps tell us about technology?

These apps are a crazy symbol of how tech companies are supplanting government functions. Apple and Google aren’t doing virus testing, but with these exposure technologies they designed the system, essentially created apps for governments and in some cases said no to countries and states that tried to build apps using more privacy-invading coronavirus technologies.

Words fail the Airbnb boss. And me.

What happened this week with the initial public stock offerings of Airbnb and DoorDash makes no sense. Truly.

The values of both companies shot through the roof — to the point where even Airbnb’s chief executive was almost at a loss for words in a television interview on Thursday.

I cannot explain exactly why Airbnb is now among the world’s most valuable companies, despite bleeding cash and seeing its travel bookings decline during the pandemic. DoorDash is likewise not a slam dunk winner, as its stock price might suggest.

Some of this is simply the mechanics of supply and demand. Airbnb and DoorDash, like many companies going public, chose to sell only a small number of shares. And it appears that many people wanted to buy those shares, so the price kept going up. Simple.

Except it is not normal for the methodical process of determining a company’s initial stock price to be undone by people willing to pay double or more what professionals decided companies like Airbnb and DoorDash were worth.

There are other factors here, as my colleague Erin Griffith explained. Steps taken by the Federal Reserve to prop up the U.S. economy this year — and well before — made it more appealing for people to pour money into investments that can drastically increase in value. (That means they can also drastically decrease in value. Bitcoin, tech start-ups and shares of newly public companies definitely count as risky.)

Bloomberg News also mentioned other financial changes this year that may have contributed to the zeal to buy Airbnb and DoorDash shares, such as the increase in relatively inexperienced people using stock-trading apps like Robinhood. But honestly, I don’t know what’s happening.

More young companies are going public soon, and maybe there will be sanity. But it’s hard to ignore the disconnect between a climbing U.S. stock market in 2020 and young tech bosses becoming gazillionaires, while many Americans are struggling to the point where they are shoplifting food. It really makes no sense.

This is a ribbon eel, and it is beauty in motion.