Health Care Comes to Us 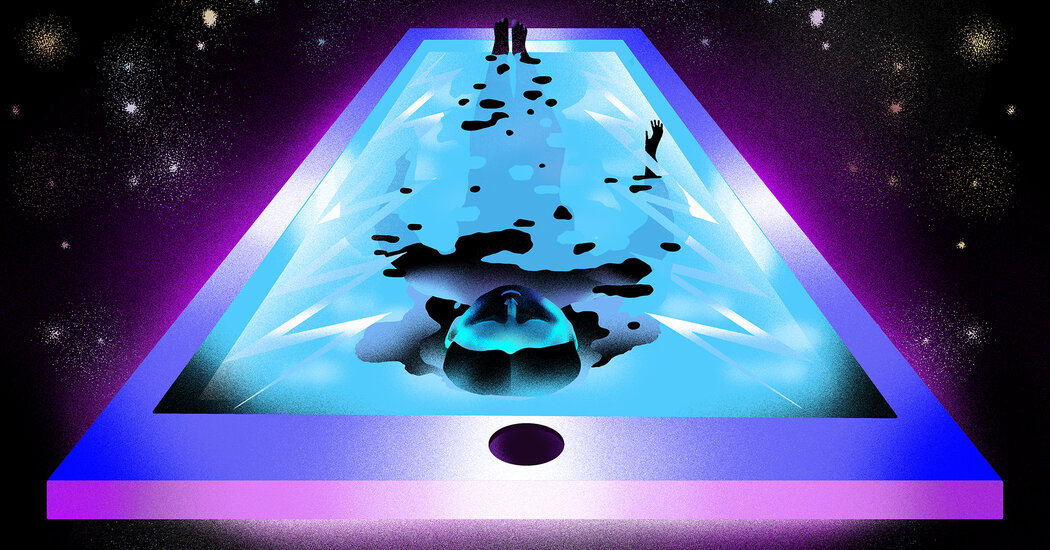 The pandemic, an unemployment surge and unrest over racial inequality have made more Americans feel isolated, anxious or depressed. Psychological distress could prove temporary, but the hurt and the ripple effects are serious nevertheless.

Now here’s some good news. Benjamin F. Miller, a psychologist and chief strategy officer for Well Being Trust, a national foundation focusing on mental and spiritual health, told me something hopeful: In part because of technology, this moment in history contains the makings of more accessible and effective mental health care for everyone.

“Probably one of the most profound impacts that technology had in the pandemic is that the care now comes to the patients,” Dr. Miller said.

He’s talking about the many physicians, therapists and clinicians shifting to seeing patients by web video or over the telephone. Not everyone loves health care through a computer screen, but Dr. Miller said it has removed barriers that prevented many people from accessing mental health services.

Care can now be just a FaceTime call away, and U.S. insurers quickly made changes that allowed more people to get help on their terms.

I’ve been thinking about how peripheral technology has felt these last few months. Sure, we’ve relied on technology for work, school and staying in touch, but brave essential workers, capable political and public health leaders and effective institutions matter more than anything else.

Dr. Miller reminded me that technology doesn’t have to cure the coronavirus to be an enabler for good. He said he believed that technology has an important role to play in what he hoped would become a larger restructuring of American health care.

But first, some capable people and institutions had to cut red tape to let technology in.

Since the start of the pandemic, Medicare and many private health insurers have changed policies to reimburse practitioners for patient visits by phone or web video at somewhere close to the payment rate of in-person visits.

Privacy rules were relaxed to let people use familiar web video services like Skype and not only medical-specific video sites. (Yes, this comes with a possible risk to patient information.)

Telemedicine for all types of health care remains a tiny fraction of patient care, but many more people and providers have tried and liked it. Nearly every major mental health organization is pressing policymakers to make those temporary changes permanent, Dr. Miller said.

Technology is not a panacea, Dr. Miller stressed. (Reader: May you remember this sentence always, about everything in tech.) Lack of internet access or discomfort with technology still holds some people back from telemedicine, Dr. Miller said. And tech doesn’t resolve the stigma that can be associated with mental health services or close gaps in health insurance coverage.

But Dr. Miller said technology’s role in mental health during the pandemic is a gift that he hoped would be the start of work to better structure mental health services, integrate them into the rest of health care and ensure they get enough resources to help everyone.

Dr. Miller’s essential message wasn’t about technology at all. Because so many of us have felt stress and isolation recently, he hoped that we can now talk openly about the importance of healthy minds and bodies, and better understand people who live with mental distress.

“Now that we know how hard this is, I hope we have empathy,” he said.

TV commercials and the maturation of tech

If you want one statistic that shows technology companies’ maturation from iconoclastic underdogs to the mainstream, look at advertising.

Amazon now spends more money on promoting itself in television commercials, internet ads and other spots than any company in the United States, according to an analysis of 2019 advertising trends by the publication AdAge. Google was No. 6. (I first read about this in the Axios Media Trends newsletter.)

Companies that make physical devices, like Apple, used advertising for years to shape our perceptions. But until quite recently, Amazon and many of America’s upstart internet companies thought advertising was kinda tacky.

“Advertising is the price you pay for having an unremarkable product or service,” the Amazon chief executive Jeff Bezos quipped more than 10 years ago. Last year, Bezos said that he had changed his mind.

Why the change? Well, technology is becoming just like every other product. There’s not much difference between a Ford and Toyota pickup truck, so those companies know they must persuade you to feel warm and fuzzy about their model. Picking an app or an online shopping company likewise has become a lot about picking one that makes you feel good.

And as tech companies wanted us to turn over more of our habits and lives to them, they needed to pitch themselves harder. Amazon, for example, spends a lot of money advertising its movies, internet TV gadgets and voice assistants to turn our homes into all-Amazon zones.

There’s a similar pattern to tech companies’ spending on policy persuasion. They used to consider lobbying unseemly or unimportant, and now America’s tech powers are among the country’s biggest lobbyists.

There you go. Tech is not a special species anymore. It is big and everywhere, and that means the industry’s leading lights spend a lot of money to stay on top.

Our newsletter cousins at DealBook are hosting a reader conference call featuring David E. Sanger, The New York Times’s national security correspondent, discussing the tug of war over technology between the United States and China. To hear from David and ask him your questions, you can R.S.V.P. here. The call is tomorrow (July 23) at 11 a.m. Eastern.

These six ducklings bobbing in the water are giving me joyWe want to hear from you. Tell us what you think of this newsletter and what else you’d like us to explore. You can reach us at ontech@nytimes.com.