How Andy Jassy, Amazon’s Next C.E.O., Was a ‘Brain Double’ for Jeff Bezos 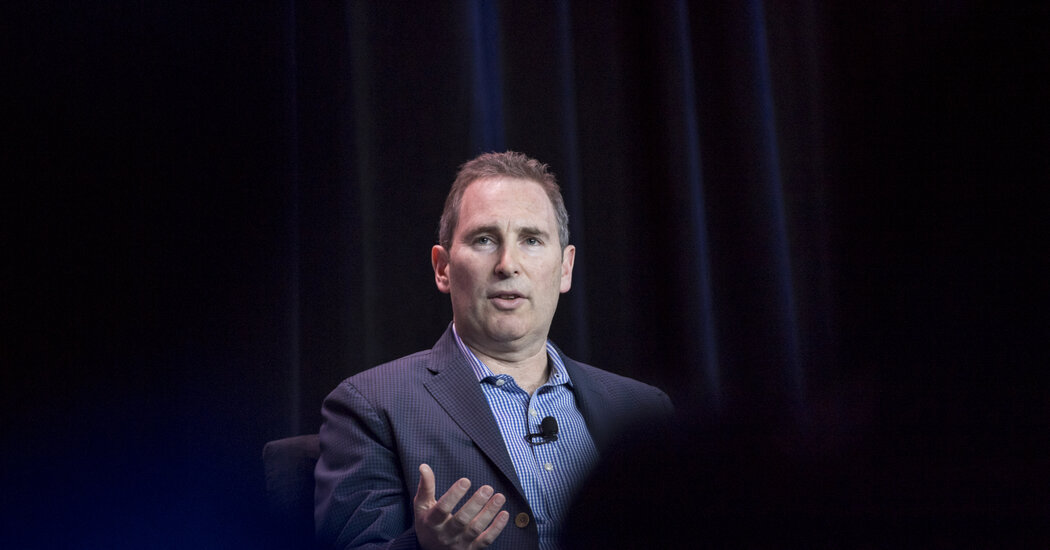 SEATTLE — In 2002, Andy Jassy, a young executive at Amazon, began closely shadowing Jeff Bezos, the founder of the online bookstore.

Mr. Jassy followed Mr. Bezos everywhere, including board meetings, and sat in on his phone calls, said Ann Hiatt, who was Mr. Bezos’ executive assistant from 2002 to 2005. The idea, she said, was for Mr. Jassy to be “a brain double” for Mr. Bezos so that he could challenge his boss’s thinking and anticipate his questions.

“I thought that I had very high standards before I started that job,” Mr. Jassy said in a podcast interview last fall about the 18-month period by the side of Mr. Bezos. “Then, in doing that shadow job, I realized that my standards weren’t high enough.”

Now Mr. Jassy, having learned from Mr. Bezos for more than two decades in total, has been charged with taking the Bezos Way forward. This summer, the 53-year-old will take over as Amazon’s chief executive as Mr. Bezos, 57, steps aside to become executive chairman.

Few corporate successions will be watched as closely. Mr. Jassy must steer Amazon — which has mushroomed into a $1.7 trillion company with 1.3 million employees and worldwide operations in e-commerce, logistics, cloud computing, entertainment and devices — while under the watchful eye of Mr. Bezos, who remains the biggest shareholder.

Amazon, which has been riding a wave of growth, also faces mounting challenges. In Europe and the United States, the Seattle-based company is under scrutiny from regulators and lawmakers for its power. Its own work force has become increasingly vocal and active in dealing with the company. And with its sheer size, some investors and employees wonder whether Amazon can maintain its innovative ways without bureaucracy bogging it down.

Mr. Jassy has not spoken publicly about his vision for Amazon, but those who know him said what was clear was that he would continue what Mr. Bezos had built — and not make a sharp break from it. The epitome of an Amazon lifer, Mr. Jassy helped conceive and proselytize many of the company’s mechanisms and internal culture.

“Andy is very much part of the whole culture,” said Tom Alberg, a managing partner at Madrona Venture Group and an Amazon board member until 2019. “I really do think it will be a strong continuation.”

Amazon declined to make Mr. Jassy available for an interview. In an email to employees on Tuesday announcing the transition, Mr. Bezos said, “He will be an outstanding leader, and he has my full confidence.”

Mr. Jassy grew up in Scarsdale, N.Y., the middle of three children. His father led a white-shoe law firm, and his mother ran the household while supporting arts organizations. He majored in government at Harvard and worked on the business side of The Harvard Crimson, the student newspaper.

Mr. Jassy wanted to be a sportscaster, but ended up in direct marketing after graduation. He also tried starting a business with a colleague before attending Harvard Business School.

In 1997, he got the call to interview at Amazon while headed to a Shawn Colvin concert in New York City. He landed the job, took his final graduate exam on a Friday and started at Amazon the next Monday, three weeks before the company went public, he said in the podcast interview.

In 2002, after taking roles in marketing and music, Mr. Jassy was tapped by Mr. Bezos to be his “shadow,” a chief-of-staff-like role for promising leaders.

“His job was to be a sparring partner for Jeff intellectually,” said Ms. Hiatt, Mr. Bezos’ former executive assistant, who is now an executive consultant. She said Mr. Jassy had helped Mr. Bezos debate the merits of offering memberships for the Prime fast-shipping program to convince a skeptical board.

As Mr. Jassy followed Mr. Bezos, he also spearheaded Amazon’s move into a new field: cloud computing. At the time, Mr. Bezos had grown frustrated with Amazon’s software development teams, which were taking longer than anticipated to complete projects even though the company was hiring many new engineers to roll out products faster. He asked Mr. Jassy to get to the bottom of it.

In 2003, Mr. Jassy and other executives gathered for a meeting at Mr. Bezos’ house. They said they smelled a business opportunity in helping other companies resolve the same issues Amazon had encountered.

But before the project could move forward, Mr. Jassy had to present a “six-pager” — a narrative memo that lays out a vision for a new idea — to Amazon’s board and explain what resources would be needed.

“I was so nervous. I wrote 30 drafts of this paper,” Mr. Jassy said in a 2017 talk at the University of Washington.

He requested 57 people, a meaningful ask since Amazon employed about 5,000 at the time. Mr. Bezos “didn’t bat an eyelash,” Mr. Jassy said.

The project became Amazon Web Services, now Amazon’s largest source of profit. Companies were quick to embrace the notion of paying Amazon only for computers and storage that they used, instead of investing large amounts to buy, build and maintain their own computer systems.

By 2012, Mr. Jassy said, Amazon’s cloud unit was growing so fast that it added roughly the amount of computers each day that it needed to run the entire company in 2003.

Amazon Web Services, known as AWS, ran like a start-up within the company. Mr. Jassy developed a reputation for being tough, but not yelling or undercutting staff, according to current and former employees. In meetings, he asked pointed questions, but also sat back and let others duke it out as he took in their arguments.

Mr. Jassy also made time for staff activities. At an annual Buffalo wing eating competition known as the Tatonka Bowl, he acted as the master of ceremonies. He granted participants “badges,” one with a flaming chicken, that showed up on Amazon’s internal directory.

In recent years, AWS has rolled out its own software services to run on top of its machines, often spelling doom for start-ups with competing products.

“They seem to share a common belief that impossible is just a matter of time,” he said.

Last year, sales at AWS grew to $45.4 billion, or 12 percent of the company’s revenue and 63 percent of its profits.

After he becomes chief executive, Mr. Jassy’s opinions will be under greater scrutiny. Early last year, he spoke enthusiastically about selling police departments Rekognition, Amazon’s facial recognition technology, which has been criticized for bias against darker-skinned people.

“Let’s see” if police departments somehow “abuse the technology,” he told the PBS program “Frontline” in February. “They haven’t done that. To assume they’re going to do it and therefore you shouldn’t allow them to have access to the most sophisticated technology out there doesn’t feel like the right balance to me.”

“Can’t let Breonna Taylor death go with no accountability,” Mr. Jassy wrote in a six-part thread on Twitter about the police in September. “We still don’t get it in the US. If you don’t hold police depts accountable for murdering black people, we will never have justice and change, or be the country we aspire (and claim) to be.”

At an AWS conference in December, Mr. Jassy offered a glimpse of how he might approach taking over one of the world’s richest tech companies. Echoing Mr. Bezos, who has long espoused how companies need to keep evolving, Mr. Jassy said the key to long-term survival was for companies to reinvent themselves while the going was good.

Mr. Jassy then laid out an eight-step plan for corporate reinvention and stressed the importance of being “maniacal, relentless and tenacious.”

“You have to have the courage to pull the company up and force them to change and move,” he said.