How Big Is Amazon, Really? 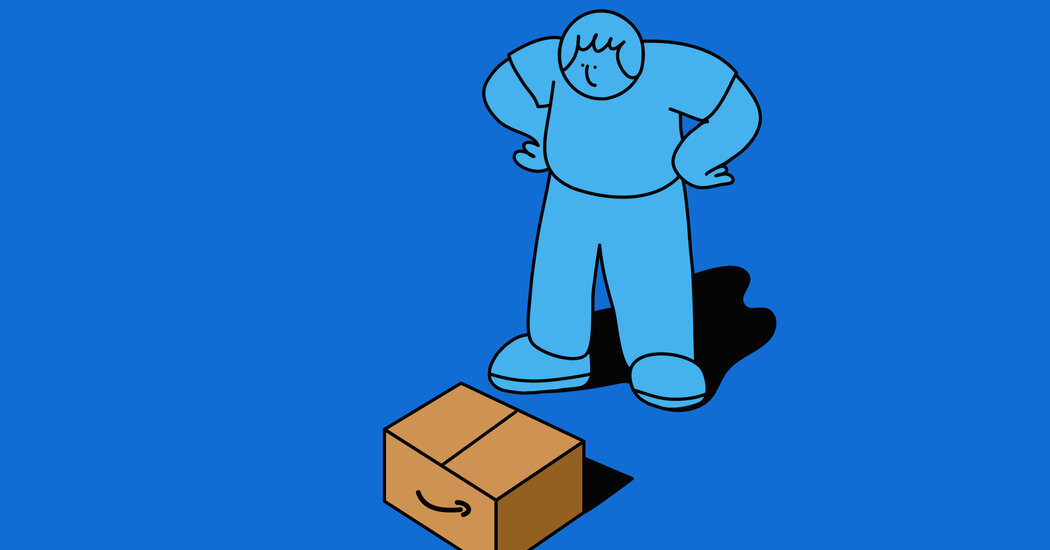 I’m fond of repeating a shopping statistic that often surprises people. In the United States — even during the pandemic — only about $14 out of each $100 worth of stuff we buy is spent online. Amazon is responsible for roughly $5 of that.

So is Amazon a giant that dominates our internet spending or a blip in America’s shopping universe? It depends on how you look at the numbers. Amazon is huge in internet sales, but puny relative to all the goods Americans buy.

Our perception of Amazon’s size influences how the public and policymakers think about the company. And yet while the company’s share of spending matters, it also doesn’t tell us everything.

Permit me to get a little nerdy about numbers. Without a doubt, Amazon is the king of online shopping in the United States. The research firm eMarketer estimated that Amazon will be responsible for more than 40 percent of Americans’ e-commerce spending this year. The second-largest internet store, Walmart, is far behind at about 7 percent.

Back to my point, though, that internet shopping remains relatively small. The picture is a little different depending on how you count.

U.S. government data on online shopping plus those eMarketer estimates put Amazon at about 5 percent of all U.S. retail sales. The number glosses over huge variations. In some categories, like books and electronics, online shopping is well over half of all purchases, and Amazon is getting the biggest chunk. In major categories of consumer spending like groceries, cars and gasoline, Americans are still buying almost everything in person.

(For more on Amazon’s market size, check out this report by the news outlet The Information, as well as past work by the technology analyst Ben Evans and me. And there’s a wrinkle: A trade group for retailers recently told me that there could be inaccuracies in the government counting of shopping that blurs the line between stores and online, such as picking up online orders in person.)

Data can be a weapon. Amazon often uses a version of the 5 percent sales figure to counter critics who say the company is too big and powerful. But government investigations into big technology companies are looking at the behavior of Big Tech, not just their size. They’re trying to answer whether companies abuse their power to get advantages over competitors and hurt us.

Amazon has had a profound influence on people’s behavior, the strategies of entire industries and our communities no matter what the numbers say.

What we’re seeing in real life from Amazon and beyond are big ripple effects from a small market share. Likewise, Uber and Lyft represent a fraction of the miles driven in the United States but have significantly contributed to increased traffic. If only a tiny percentage of American office workers do their jobs from home when the pandemic ends, it could alter the function and finances of some cities.

So, is Amazon big? Yes and also no. And the reality is that no matter what the numbers say, Amazon commands the attention of people, other companies and governments because it’s influential in reshaping the world.

What is TV for the smartphone age?

I love TV. Always have. But I have been surprised that 14 years after the iPhone was introduced, the new forms of TV are still created mostly with computers and TV sets in mind.

T-Mobile said this week that it was ditching a short-lived attempt at making its own live television option for people to watch on their phones. It was a weird strategy. T-Mobile’s former TV service and YouTube TV were trying to recreate cable television but over the internet. And yet Americans are quitting cable in droves. Why try to replicate it?

But there is a good question buried in T-Mobile’s fumbles: Why isn’t more video entertainment being built around smartphones?

Phones are where Americans are spending more of our time, and where people in many large countries including China and India already devote nearly all of their screen time.

Quibi, a much-discussed but ultimately failed attempt at short, TV-like video series, was built for watching on our phones. But otherwise … is that it?

You might say that TikTok, Instagram and Snapchat are video-entertainment services that were built for the smartphone. And maybe that’s the future of TV? It’s not what I thought of as television that I watched on my old bunny-ear set, but those apps are what entertain us as we wait in line at the grocery store or flop on our sofas at night.

Maybe the future of TV is here already. It just doesn’t look anything like old TV.