How Parler, a Chosen App of Trump Fans, Became a Test of Free Speech 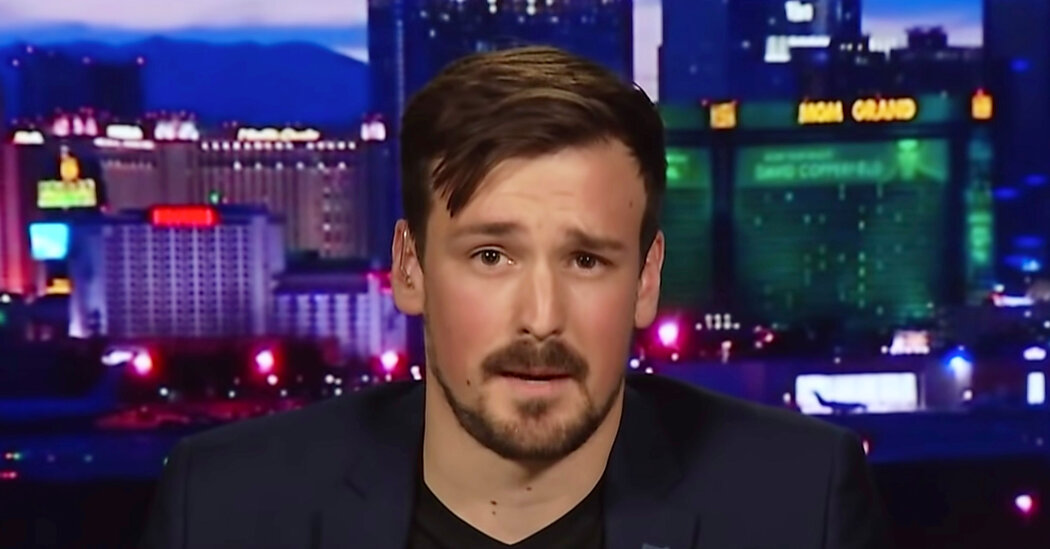 From the start, John Matze had positioned Parler as a “free speech” social network where people could mostly say whatever they wanted. It was a bet that had recently paid off big as millions of President Trump’s supporters, fed up with what they deemed censorship on Facebook and Twitter, flocked to Parler instead.

On the app, which had become a top download on Apple’s App Store, discussions over politics had ramped up. But so had conspiracy theories that falsely said the election had been stolen from Mr. Trump, with users urging aggressive demonstrations last week when Congress met to certify the election of President-elect Joseph R. Biden Jr.

Those calls for violence soon came back to haunt Mr. Matze, 27, a software engineer from Las Vegas and Parler’s chief executive. By Saturday night, Apple and Google had removed Parler from their app stores and Amazon said it would no longer host the site on its computing services, saying it had not sufficiently policed posts that incited violence and crime.

Early on Monday morning, just after midnight on the West Coast, Parler appeared to have gone offline.

Those moves had set off a furious effort to keep Parler up. Mr. Matze said on Sunday that he was racing to save the data of Parler’s roughly 15 million users from Amazon’s computers. He was also calling company after company to find one willing to support Parler with hundreds of computer servers.

“I believe Amazon, Google, Apple worked together to try and ensure they don’t have competition,” Mr. Matze said on Parler late Saturday. “They will NOT win! We are the worlds last hope for free speech and free information.” He said the app would probably shut down “for up to a week as we rebuild from scratch.”

Parler’s plight immediately drew condemnation from those on the right, who compared the big tech companies to authoritarian overlords. Representative Devin Nunes, a California Republican, told Fox News on Sunday that “Republicans have no way to communicate” and asked his followers to text him to stay in touch. Lou Dobbs, the right-wing commentator, wrote on Parler that the app had a strong antitrust case against the tech companies amid such “perilous times.”

Parler has now become a test case in a renewed national debate over free speech on the internet and whether tech giants such as Facebook, Google, Apple and Amazon have too much power. That debate has intensified since Mr. Trump was barred from posting on Twitter and Facebook last week after a violent mob, urged on by the president and his social media posts, stormed the Capitol.

For years, Facebook and Twitter had defended people’s ability to speak freely on their sites, while Amazon, Apple, Google and others had stayed mostly hands-off with apps like Parler. That allowed misinformation and falsehoods to flow across online networks.

The tech companies’ actions last week to limit such toxic content with Mr. Trump and Parler have been applauded by liberals and others. But the moves also focused attention on the power of these private enterprises to decide who stays online and who doesn’t. And the timing struck some as politically convenient, with Mr. Biden set to take office on Jan. 20 and Democrats gaining control of Congress.

The tech companies’ newly proactive approach also provides grist for Mr. Trump in the waning days of his administration. Even as he faces another potential impeachment, Mr. Trump is expected to try stoking anger at Twitter, Facebook and others this week, potentially as a launchpad for competing with Silicon Valley head on when he leaves the White House. After he was barred from Twitter, Mr. Trump said in a statement that he would “look at the possibilities of building out our own platform in the near future.”

Ben Wizner, a lawyer for the American Civil Liberties Union, said it was understandable that no company wanted to be associated with the “repellent speech” that encouraged the breaching of the Capitol. But he said Parler’s situation was troubling.

That was because Apple’s and Google’s removal of Parler from their app stores and Amazon’s halting its web hosting went beyond what Twitter or Facebook do when they curtail a user’s account or their posts, he said. “I think we should recognize the importance of neutrality when we’re talking about the infrastructure of the internet,” he said.

In earlier statements, Apple, Amazon and Google said that they had warned Parler about the violent posts on its site and that it had not done enough to consistently remove them. The companies said they required sites like Parler to systematically enforce their rules. They declined to comment further on Sunday.

Tech companies pulling support for certain websites is not new. In 2018, Gab, another alternative to Facebook and Twitter that is popular among the far right, was forced offline after it lost support from other companies, including PayPal and GoDaddy, because it had hosted anti-Semitic posts by a man who shot and killed 11 people at a Pittsburgh synagogue. Gab later came back online with the help of a Seattle company, Epik, which hosts other far-right websites.

Even with Parler going dark, right-wing personalities like Mr. Nunes who have built followings on the app do not lack other communication channels. Many still have ample followings on Facebook, Twitter and YouTube, which welcome any user who doesn’t violate their rules, which prohibit threatening violence or posting hate speech.

Parler was founded in 2018 by Mr. Matze and a fellow programmer, one of several social-media upstarts that aimed to capitalize on the growing anger of Mr. Trump’s supporters with Silicon Valley. But Parler had a significant advantage: money. Rebekah Mercer, one of Mr. Trump’s largest donors, helped bankroll the site. Other investors include Dan Bongino, a former Secret Service agent and Fox News pundit. It plans to eventually make money by selling ads.

The app is essentially a Twitter clone. It enables people to broadcast messages — known as “parleys,” not “tweets” — to followers. Users can also comment on and “echo” — not “retweet” — other users’ posts. When signing up for a new account, people are asked to select their favorite color and are urged to choose from a list of conservative voices to follow, including Mr. Nunes, the Fox News host Sean Hannity and the actress Kirstie Alley.

These “influencers” dominate the experience on the site. On Sunday, the Parler newsfeed was a stream of their angry “parleys,” railing at Big Tech and pleading with their followers to follow them elsewhere.

“Please sign up for my daily newsletter today, before the tech totalitarians ban everything,” wrote Mr. Bongino, who also controls one of Facebook’s most popular pages.

Parler grew slowly until early 2020, when Twitter began labeling Mr. Trump’s tweets as inaccurate and some of his supporters joined Parler in protest. After November’s election, Parler grew even more quickly as Facebook and Twitter clamped down on false claims that the vote had been rigged. So many users signed up that, at times, they overloaded the company’s systems and forced it to pause new registrations.

In total, people downloaded Parler’s app more than 10 million times last year, with 80 percent in the United States, according to Sensor Tower, the app data firm.

Last Wednesday, Mr. Trump encouraged his supporters to march to the Capitol to pressure lawmakers to overturn his election loss, leading to a rampage that left five people dead. The rally was planned on Facebook, Twitter and elsewhere. On Parler, people posted advice on which streets to take to avoid the police; some posted about carrying guns inside the Capitol.

In an interview with The New York Times hours after the mob stormed the Capitol, Mr. Matze said, “I don’t feel responsible for any of this and neither should the platform, considering we’re a neutral town square that just adheres to the law.”

But on Friday, Apple and Google told Parler that it needed to more consistently remove posts that encouraged violence. By Saturday, Apple and Google had removed Parler from their app stores, limiting its ability to reach new users on virtually all of the world’s smartphones.

“There is no place on our platform for threats of violence and illegal activity,” Apple said in a statement. Google said, “We do require that apps implement robust moderation for egregious content.”

Late Saturday, Amazon told Parler that it would need to find a new place to host its site. Amazon said it had sent Parler 98 examples of posts on its site that encouraged violence, but many remained online.

“We cannot provide services to a customer that is unable to effectively identify and remove content that encourages or incites violence against others,” Amazon said.

Amazon said it would preserve Parler’s data so it could move it to other computer servers.

“It’s devastating,” Mr. Matze told Fox News on Sunday. “And it’s not just these three companies. Every vendor, from text message services to email providers to our lawyers, all ditched us, too, on the same day.” He said he was struggling to find another company to host Parler’s website.

But Jeffrey Wernick, Parler’s chief operating officer, said in an interview that the app had heard from several companies that wanted to help. He declined to name them.