How Trump is Losing his Social Media Platforms 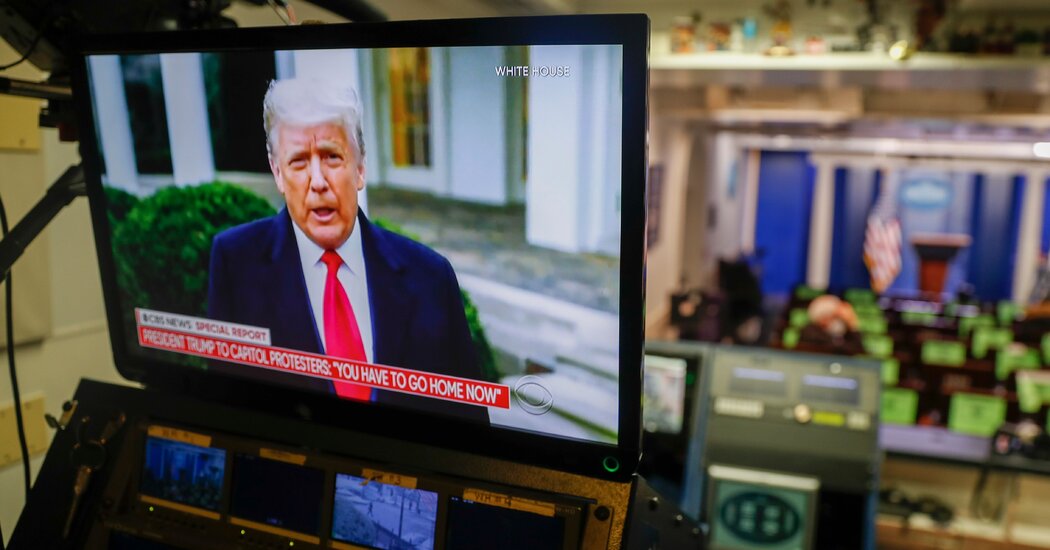 Mr. Trump would still find ways to reach his followers without Facebook and Twitter, of course. There would still be Fox News, Newsmax, OANN and legions of pro-Trump partisans willing to repost his messages. Newspapers and cable news stations, which have long treated anything a president said as inherently newsworthy, might not be able to resist giving Mr. Trump airtime and attention even when he is a private citizen. And he has expressed interest in starting his own digital media empire, where he could set his own rules.

The most obvious short-term move for Mr. Trump, after a Twitter and Facebook ban, would be to move to one of the “alt-platforms” such as Parler and Gab, where many of his most ardent followers have flocked after being kicked off more mainstream apps. (On Wednesday night, Gab’s chief executive, Andrew Torba, said he was “in the process of connecting with President Trump’s team” about setting up the president’s account.)

But these apps are small and culturally insular, and wouldn’t likely satisfy the president’s desire for a mass audience. Even if Mr. Trump built his own social network, no other platform could offer him what Twitter and Facebook currently do: tens of millions of eyeballs from across the political spectrum, and a direct line to the assignment desks and control rooms of every news organization in the world.

David Kaye, a law professor and former U.N. special rapporteur on free expression, said on Thursday that Facebook had made the right call in banning Mr. Trump’s accounts until Inauguration Day. He added that even if Mr. Trump emerged on anther platform, it would likely be as a diminished voice.

“So he goes to Parler. Who cares?” Mr. Kaye said. “The major platforms have already demonstrated the undeniable value of network and reach beyond the narrow confines of an affinity group.”

Mr. Kaye pointed out that other media figures, such as the Infowars conspiracy theorist Alex Jones and the far-right provocateur Milo Yiannopoulos, had struggled to stay relevant after losing their accounts. And without the power of the presidency behind him, Mr. Trump might find himself as just another commentator competing for attention in a crowded right-wing media ecosystem.

Losing his Twitter and Facebook accounts permanently might even make Mr. Trump less likely to run for president again in 2024, an idea he has reportedly floated in private conversations. After all, he’d be competing against Republicans with full posting privileges, who would have the advantage of taking their message to a more mainstream, less hyperpartisan audience.