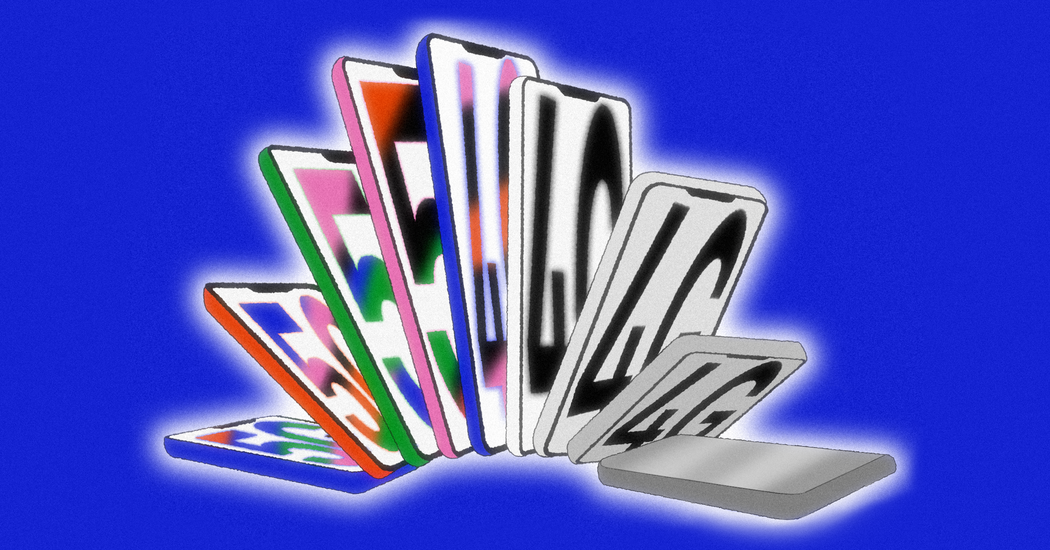 There might not be smartphones in billions of pockets today if the phone companies had their way.

Now they’re again standing in the way of progress.

This week’s unveiling of new iPhone models started the typical selling season for smartphones. What’s different in 2020 is Americans are getting pitched hard on buying a new phone to get access to the next generation of cellular networks, known as 5G.

Reality: It is not that good or that fast at the moment and most people in the United States don’t need to get it now.

Americans should be angry about marketing blather winning over clarity about 5G. I fear people will waste their money on half-baked technology and grow disillusioned by 5G’s potential to improve lives.

My message for U.S. phone companies: Communicate more effectively about 5G or go away.

I’ve seen these problems before. In the pre-iPhone age, we had years of clunky mobile devices, and phone providers like AT&T deserved a lot of the blame.

Phone companies dictated almost everything about flip phones and early smartphones, including their features, look and speed. People had to put up with crummy software from the phone company to surf the web or download songs and ringtones. (Remember ringtones?!) It stank.

One of the secrets to the iPhone’s success is Apple simply said no to all of that. Apple’s chief executive at the time, Steve Jobs, gave wireless phone companies an ultimatum: Stay out of every decision about the iPhone or lose a shot at selling a potential blockbuster.

Apple got its way, the iPhone was eventually a success and phone companies got rich from it alongside Apple.

Phone companies did eventually play an important role in making smartphones affordable, useful and available across the globe. But a lesson from that crucial beginning was that phone companies needed to be taken down a peg before a new technology could catch on.

My colleague Brian X. Chen has written about 5G marketing hot air. This wireless standard should, in theory, allow us to download videos or buy stuff on our phones in a snap. At some point the fast wireless speeds might make it easier for cars without drivers to safely navigate city streets and for more surgeons to operate on patients remotely.

But in the United States right now, 5G is not available in many places nor is it a significant improvement in zippiness — if it’s faster at all — for most people. Phone companies are not being clear about that, mostly.

If you’ve decided to buy a new smartphone, it makes sense to buy one that works on 5G cell networks. Most Americans, however, should not buy a new phone just for 5G. (People in other countries: This may not apply to you.)

Given Apple’s history, I was disappointed that Apple this week echoed the confusion about 5G at its unveiling of new iPhones. Jobs’s successor, Tim Cook, let the boss of Verizon hype 5G. Cook said that 5G is “super fast.” It is! If you stand under just the right light pole on that one block in Chicago.

These 5G cellular networks will get better soon. I worry, though, that in the meantime Americans will grow cynical about the networks’ potential. And if they do, it will mostly be the phone companies’ fault.

How will the pandemic change food growing and shopping?

At a Times Talk event this week about how the pandemic is changing our food system, two topics came up that are tech relevant: A shift to grocery shopping online and the growth of vertical farms, highly mechanized and often tiny indoor produce labs close to population centers. (You can watch a replay of the event here.)

Greg Lehmkuhl of Lineage Logistics, which moves fresh and frozen food around the world, said he believed that many people who did more grocery shopping online during the pandemic will stick with that habit when the virus risk abates.

That means, Lehmkuhl said, that grocery sellers with the most money to invest in new food ordering systems and delivery methods — think Amazon, Walmart and other big box stores — will do better than retailers with fewer resources.

And he said that the changes in how Americans shop for groceries have prompted food sellers to make major adaptations, including setting up more mini-stores not for shopping but for assembling grocery orders for home delivery.

Sara Menker, the founder and chief executive of the agriculture software company Gro Intelligence, said that vertical farms were an efficient and less wasteful way of growing some produce like leafy greens, but they aren’t a viable alternative to traditional agriculture in many cases.

“There is only a subset of food that can still grow in a vertical farm,” Menker said. Vertical farms typically can’t grow staples like rice or corn, she said. And while prices have decreased as people get more adept at growing food in vertical farms, the farms are probably not viable everywhere.

“It will work in some markets, and in others it won’t because it will still be too expensive,” Menker said.

Truly, what day is it? No one knows. Even this TV news anchor.