Is ‘Death Diving’ the Future of TV? 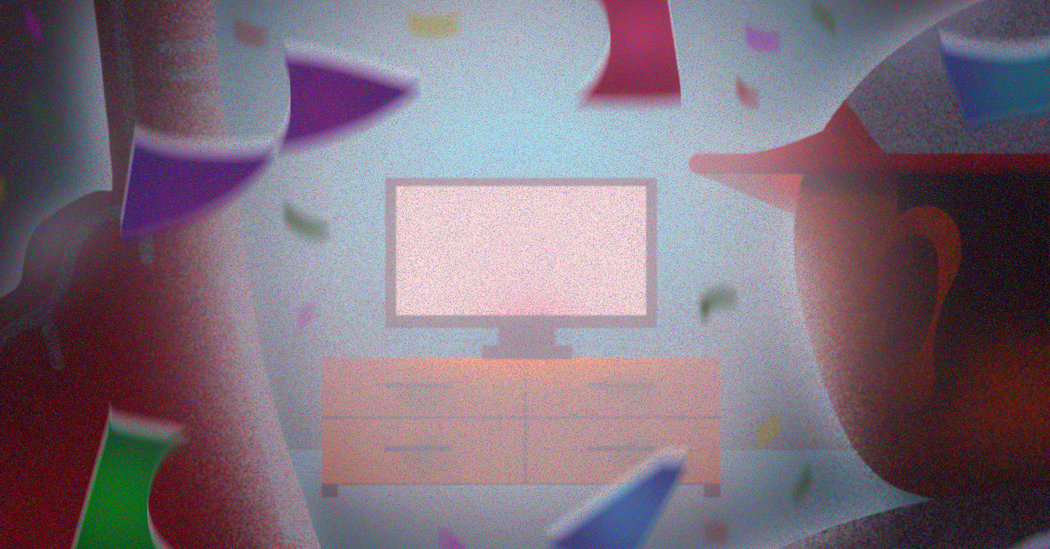 Stuck at home, we’ve gorged on Netflix and everything else on screens. Is there any turning back?

I talked to my colleague Ed Lee, a sharp observer of media and entertainment, about how our pandemic-driven habits might reshape television, sports and movies.

He thinks his current love for an oddball “sport” shows we’re not picky about the quality of entertainment. And, he suggests we should get ready to hit the movie theater without leaving home.

Shira: What’s surprising about people’s entertainment habits in this pandemic?

Ed: I was surprised the lack of sports hasn’t significantly reduced TV watching. People are still tuning into live TV, mostly for news — but also for old sports or weird sports. I caught something called “death diving” on ESPN. It’s big in Norway, apparently. I’m hooked.

WHAT IS DEATH DIVING?

It’s a version of belly flopping, but a big part of it is performative — the things you do midair before you flop into the pool. I guess coronavirus is great for fringe sports.

But we’re not going to watch marble racing and goofball diving on TV forever. (I think?)

True. Most of this fringe content will be forgotten, but what it tells me is distribution is still kinda king. We’ll watch almost anything as long as there’s an “on” switch.

The quality of entertainment doesn’t matter? Isn’t that discouraging?

Remember when TV used to be only broadcast, everyone complained there was nothing good on, but we all still watched?

Now, arguably, there’s plenty of good stuff on television. But it’s about which company can capture the most eyeballs to shove whatever they have at you.

What’s going to happen with sports, which rely on TV money? If sports will be weird for a while, why pay a zillion dollars to football leagues?

It’s like an arms race. If one TV company doesn’t pay up for a major sports franchise like the NFL, someone else will. The only way the arms race potentially ends is if younger people never develop a taste for live sports. That’s possible. Look at Twitch.

Yes, there’s a higher likelihood of some — emphasize some — films being released for home streaming instead of in theaters. Blockbusters like Marvel movies will still have theatrical releases.

Do people want this? If I watch a movie at home, it doesn’t feel like an activity.

Not everyone. But for some, the comfort and ease of doing so … yes!! People have been willing to pay as much as $50 to watch a new movie at home.

We’ve been watching “Never Have I Ever” on Netflix, and the latest season of “Killing Eve.” I’ve kept up with “Westworld” on HBO, but my heart isn’t in it. I’m just watching it to watch it. The “on” switch.

The cost of fast and free shipping

After I wrote this week about the future of online shopping, a couple of readers pushed back on the idea that more neighborhood package hubs would mean more traffic and pollution. Wouldn’t deliveries dropped off to everyone pollute less than all of us driving to stores?

Yes, in principle, but probably not in practice.

Anne Goodchild, a professor at the University of Washington, has found that consolidating deliveries in one area produces fewer climate-harming emissions than the same people driving back and forth to multiple stores.

But Dr. Goodchild said that’s not a fair comparison because it’s not the reality of online shopping in the United States.

As more companies offer to ship online orders in one or two days, people are ordering more often. That tends to increase the number of times airplanes and trucks have to head out, and increases delivery miles traveled.

In January to June of last year, 94 percent of Amazon orders were for only one item, according to Rakuten Intelligence, which asks people’s permission to analyze their email receipts. Speedy deliveries also require more airplanes, and compel companies to send out half-empty delivery vans.

E-commerce companies will likely become more efficient at bunching deliveries and plotting transportation routes, but it won’t solve everything.

Dr. Goodchild said the best practice for the environment is for people to buy less stuff in general, and for shipping times to be slower.

Staring at the planet Mercury is weirdly calming. Also, it’s science, so you can feel good about watching an internet video.