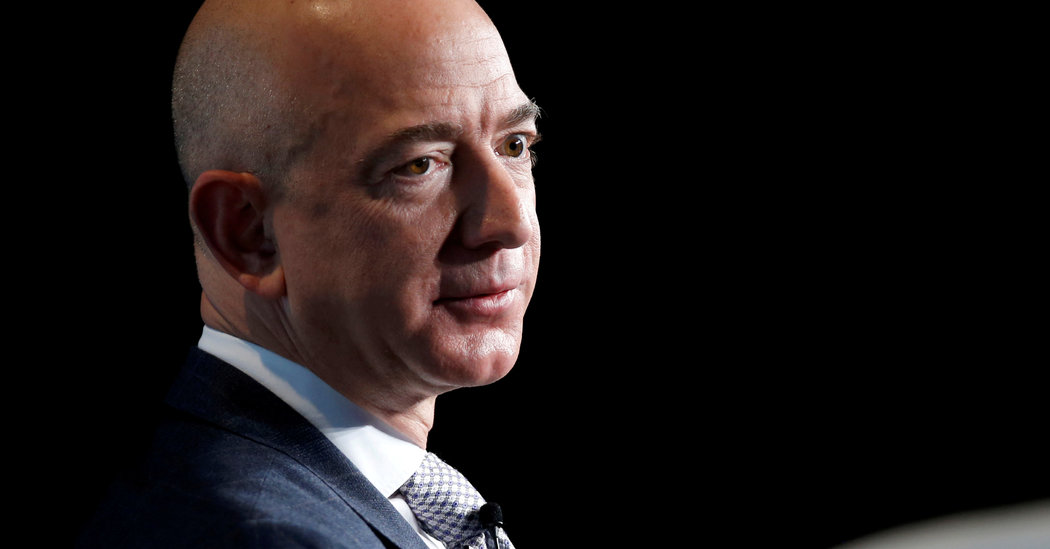 WASHINGTON — Jeff Bezos, Amazon’s chief executive, is willing to testify before a House antitrust investigation into the market power of major tech companies alongside other chief executives, a lawyer for Amazon wrote to lawmakers on Sunday.

Amazon had resisted making him available to the House Judiciary Committee, the group overseeing the antitrust investigation, prompting lawmakers to threaten to legally compel Mr. Bezos to testify.

The panel is likely to question Mr. Bezos, the world’s richest person, about claims that Amazon boxes out small businesses, abuses its power and mistreats warehouse workers. If he testifies before the committee, it will be Mr. Bezos’ first appearance before Congress.

The chief executives of the other companies under investigation by lawmakers — Apple, Facebook and Google — have all testified at various points in recent years on other matters. The House Judiciary Committee has been pushing for them to return to testify in front of its investigation, too.

In the letter sent on Sunday, Robert K. Kelner of the law firm Covington & Burling, which is representing Amazon before the congressional investigation, said the company was “committed to cooperating with your inquiry and will make the appropriate executive available to testify.”

He added: “This includes making Jeff Bezos available to testify at a hearing with the other C.E.O.s this summer.”

The letter was reviewed by The New York Times.

The congressional investigation is part of a larger backlash among lawmakers and law enforcement officials against the power and reach of large tech companies. The Justice Department is said to be preparing to bring an antitrust case against Google this year, while the Federal Trade Commission is pursuing its own inquiry into Facebook’s acquisition of nascent competitors.

Amazon faces scrutiny from regulators around the world. The European Union is preparing to bring antitrust charges against the company over accusations that it has drawn on data from third-party merchants who use its site to build its own business for generic products. State attorneys general in California and Washington, as well as the Federal Trade Commission, have also been pursuing inquiries into the company’s use of its market power.

In recent weeks, the Judiciary Committee has pushed the companies under investigation to answer whether their chief executives would be willing to appear before the panel. But Mr. Bezos is the only executive lawmakers have publicly threatened to legally compel to appear.

Other Amazon executives might also be suited to testify, Mr. Kelner suggested in the letter, saying they and not Mr. Bezos now ran aspects of the business that are the subject of the investigation.

“We look forward to continuing our good-faith discussion with the committee to resolve these important issues,” Mr. Kelner said.

An appearance by Mr. Bezos on Capitol Hill would attract significant attention. He has increased his profile in Washington in recent years, renovating a mansion in the city’s Kalorama neighborhood. President Trump has focused his criticism on him and tried to link Amazon to The Washington Post, which Mr. Bezos also owns but is not a subsidiary of the retailer.

The House investigation has been in progress for a year. At a hearing last year, an Amazon lawyer said the company did not use data from its outside sellers to inform its own product decisions. His answer was later called into question by a news article in The Wall Street Journal, prompting some lawmakers to call for possible sanctions against Amazon and push harder for Mr. Bezos’ testimony. Amazon has denied misleading lawmakers.

Last fall, the lawmakers asked all four companies to provide them with internal documents, including communications between prominent executives.

In addition to his comments on Mr. Bezos’ willingness to testify, Mr. Kelner’s letter to the lawmakers expressed concerns about the breadth of the panel’s document requests to Amazon. He criticized the committees’s “shifting demands” and said the company was concerned that the panel would not protect its confidential information.