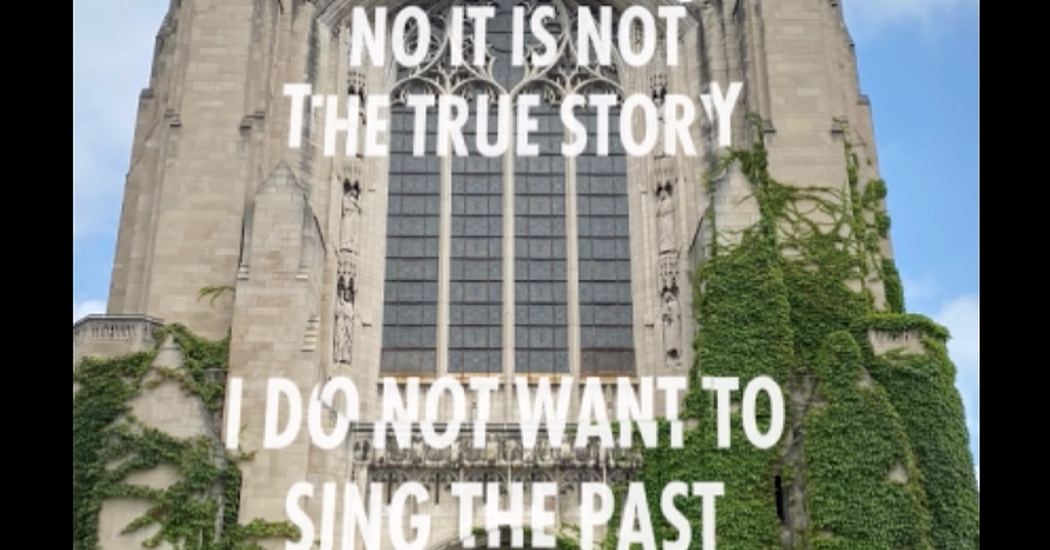 For decades, the artist Jenny Holzer has projected phrases — often borrowed sayings — on surfaces such as building facades, ocean waves and mountains. But her new project, called “You Be My Ally” after a line by Sappho, includes her first smartphone app designed to let users at home superimpose some loaded quotes on their own surroundings.

Commissioned by the University of Chicago, the project uses 29 quotes from authors in its Core Curriculum or “great books” program, selected in collaboration with students. Most of the quotes come from female authors. Many touch on weighty, also timely, issues like justice, truth and violence — including “The Cause of War Is Preparation for War” (W.E.B. Du Bois) and “You Sit Among the Ruins and Lament the Fall” (Mary Wollstonecraft Shelley).

“You can have the content anytime and anywhere you want,” Ms. Holzer said. “If you’re awake in the wee hours of the morning fretting, you can have Plato or Toni Morrison in your room.”

The project also has strong ties to the University of Chicago campus. When the app, which is free, is released on Monday, trucks with LED lights will drive through the city displaying many of the sayings. Quotes within the app are initially set to scroll over campus buildings, with only the project title (from Sappho as translated by Anne Carson) also accessible for users to place anywhere within their phone’s camera-view. On Oct. 30, all quotes will become available for users to virtually project wherever they want using augmented reality technology.

Ms. Holzer, who attended the University of Chicago from 1970 to 1971, said the idea for “You Be My Ally” took hold after she received the school’s Rosenberger medal of achievement last year. “I’m old and tired of myself,” she said, adding that she was curious “what the students would find most engaging from the Core Curriculum.” Her role was “sifting” and shortening texts. Originally she considered making a light projection “but Covid came marching in, and we thought it would not be good to invite people to stand around together.”

The lighted trucks, for their part, will return to Chicago streets on Oct. 24 and 30 to spread get-out-the-vote messages written by University of Chicago students. These slogans are not as partisan as some of Holzer’s work, like her recent “Covid-19 President” LED display, but still pointed. One says “Happy?” Another: “Vote Because They Don’t Want You To.”