Joe Biden Won—and Not Because of Voter Fraud

“By having the public observation, that holds people accountable—making sure that people can see what you’re doing, why you’re doing it, and that you’re following the rules,” Marian Schneider, an election and voting rights consultant for the ACLU of Pennsylvania and the former president of the election integrity nonprofit Verified Voting told WIRED in August. “It’s just part of our democracy to have processes in place that allow citizens to participate as observers.”

And while the Trump campaign paints the situation as dishonest Democrats gallivanting about in party strongholds, there’s representation from both parties among election officials if you look across all of the districts and states that needed more time to declare preliminary results. Nevada has a Republican secretary of state, and Georgia has both a Republican governor and secretary of state.

Voting fraud can happen, and over the past year President Trump has frantically highlighted isolated examples around the country of investigations that exposed issues. But research—including findings from right-leaning policy groups—has consistently shown that voting fraud is very rare and almost never shows up on a scale that would substantially impact a major election. The fact that Trump has been able to find examples at all, though, speaks instead to the monitoring measures that election officials have in place to catch wrongful votes. 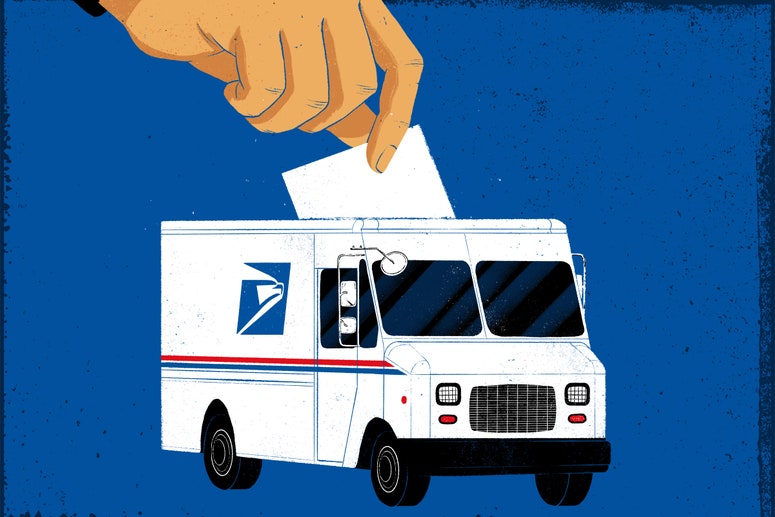 Exact strategies vary by state, but all monitor for double voting, vet absentee ballots for correct personal data like Social Security number and signature matches, and number or otherwise track ballots to ensure that random forgeries can’t just make their way into the pile. Any ballot that has an inconsistency, looks suspicious, or is a provisional ballot gets pulled for manual review.

“When it comes to vote-by-mail and voter impersonation, you might get away with impersonating a small number of voters, but you won’t swing the election, and if you do anything at scale you’re going to get found out,” says Ben Adida, executive director of VotingWorks, a nonprofit developer of open source voting machines and election auditing software. “I don’t worry about the risk of fraud, because there are processes in place for ensuring everybody only gets to vote once.”

The decentralized, state-controlled nature of US elections gives the system even more resilience. In spite of the Trump campaign’s general impatience, unsupported allegations, and incendiary rhetoric, there is no one centralized body the campaign can lobby to push results out before they’re ready. They can’t universally undermine the quality controls that make the process time consuming. And while it’s always possible (though, again, extremely unlikely) that a bad actor manipulated ballots during voting, it would require a massive inside job—while the country, the world, and Trump campaign observers are watching—to execute a massive, intentional fraud campaign during counting.

Trump Is Lighting a Powder Keg

Despite the lack of evidence to support the Trump campaign’s allegations, the president’s statements and those of other GOP leaders have stoked anxiety and unrest. Trump supporters in both Detroit and Phoenix protested outside ballot-processing sites on Wednesday, alternately calling for officials to “count the votes” and “stop the count.” In Maricopa County, Arizona, officials shut down the election office just after 9 pm local time, over fears that the protest could become violent.

Meanwhile, social networks have been grappling with how to handle false information about vote processing. On Thursday, Facebook removed a group with more than 360,000 members called “STOP THE STEAL” for violating its policies. Twitter added misinformation warnings to a number of Trump’s tweets throughout the week, and flagged other posts as well, including one from Donald Trump Jr. that said, “The best thing for America’s future is for @realDonaldTrump to go to total war over this election.” YouTube and Twitter both suspended former White House adviser Steve Bannon’s web show and removed an episode in which Bannon literally called for the beheading of top US pandemic expert Anthony Fauci and FBI director Christopher Wray.