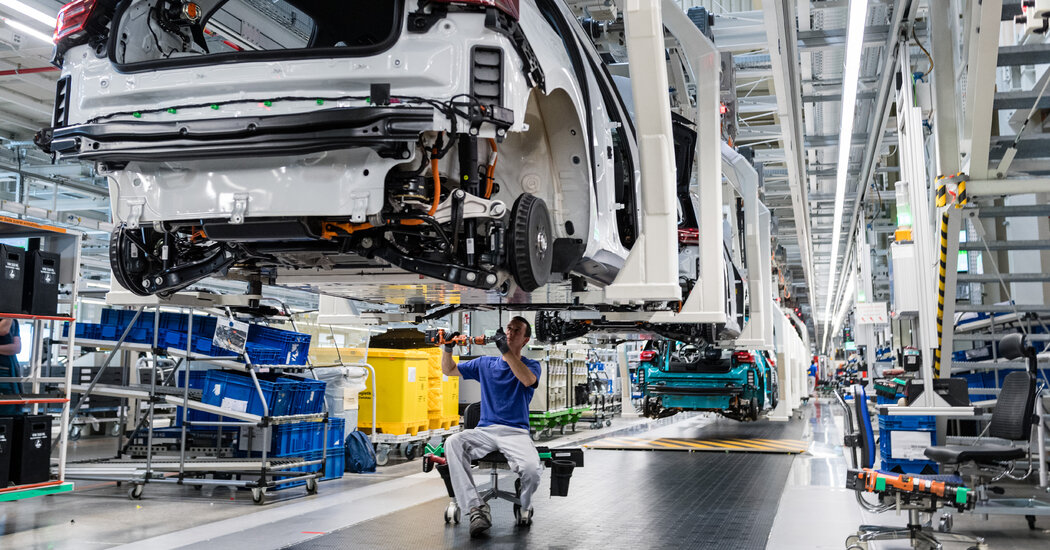 The semiconductor shortage came out of left field, hitting the industry at a perilous moment. Sales have plunged worldwide. In Europe, for example, they were down 25 percent in 2020.

This is all happening while automakers are trying to navigate a shift in basic technology from internal combustion engines to batteries, which has subjected them to new competition from Tesla, the California company that has become the most valuable automaker in the world by far, and emerging Chinese manufacturers like Nio.

Exactly how long the shortage will last is unclear. It can take 20 to 25 weeks from the time new orders are placed for chips to be produced and work through the supply chain to reach cars, said Michael Hogan, a senior vice president at GlobalFoundries, a big chip manufacturer that services the auto industry and other markets.

“We are doing everything humanly possible to prioritize our output for automotive,” Mr. Hogan said.

The German auto electronics supplier Bosch said the shortage was particularly acute for integrated circuits used to control engines, transmissions and other key functions. “Despite the difficult market situation, Bosch is doing all it can to keep its customers supplied and to keep any further impact to a minimum,” the company said in a statement.

Carmakers and suppliers are reacting as best they can. BMW, based in Munich, said it had been able to maintain production but was “observing the situation intensively” and in constant contact with suppliers.

For carmakers already stressed by the pandemic, some impact is inevitable. Honda said on Wednesday that it would shut down some production activities at its plant in Swindon, England, which builds Civics, for at least four days starting Jan. 18. Honda cited supply chain problems, including shortages of semiconductors.

The German supplier Continental, which is best known for tires but also produces electronic components, called on semiconductor producers to build up capacity in the foundries that produce chips.