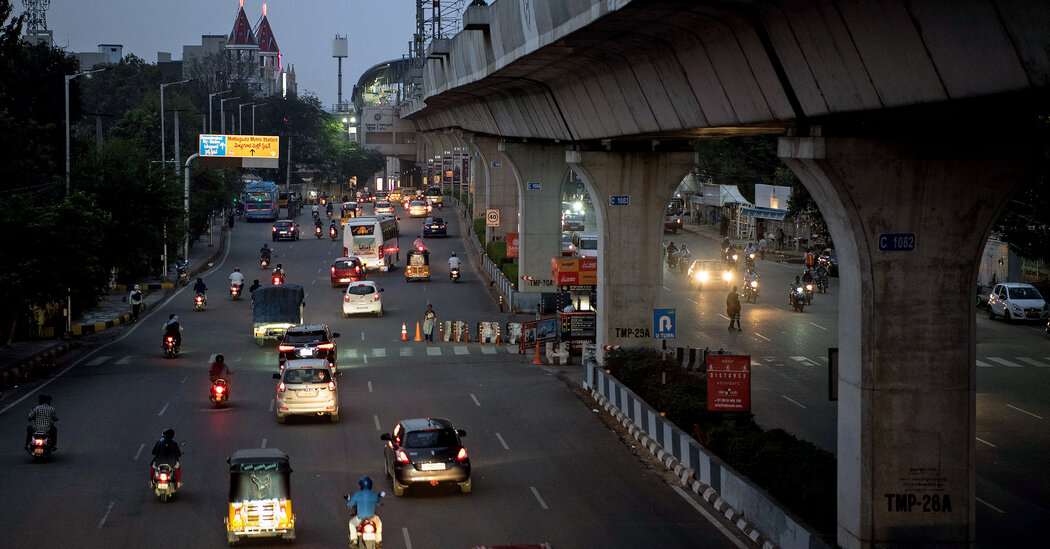 HYDERABAD, India — The harassing calls began soon after sunrise. Kiran Kumar remained in bed and, for hours, thought about how he was going to end his hostage of a life.

The cement salesman had initially borrowed about $40 from a lender through an online app to supplement his $200-a-month salary. But he couldn’t pay the mounting fees and interest, so he borrowed from others. By that morning, Mr. Kumar owed roughly $4,000.

Even worse, the lenders had the phone numbers of those closest to him, and were threatening to make his problems public.

“If I am labeled a fraud in front of everyone, my self-respect is gone, my honor is gone,” Mr. Kumar, 28, said in an interview. “What is left?”

The authorities in India are increasingly worried that many more victims like Mr. Kumar may be out there. They believe a new breed of lender, its technique sharpened in China, has been preying on working-class and rural people who have been devastated by the impact of the coronavirus on the Indian economy.

These lenders don’t require credit scores or visits to a bank. But they charge high costs over a brief period. They also require access to a borrower’s phone, siphoning up contacts, photos, text messages, even battery percentage.

Then they bombard borrowers and their social circles with pleas, threats and sometimes fake legal documents threatening dire consequences for nonpayment. In conservative, tightly knit communities, such loss of honor can be devastating.

One police investigation alone in the city of Hyderabad has mapped out about 14 million transactions across the country worth $3 billion over about six months. India’s central bank as well as national authorities are now investigating.

“It is becoming difficult for us to count the zeros,” said Avinash Mohanty, the joint commissioner of police in Hyderabad. The police attribute five suicides in the city to the lenders.

About 100 loan apps have been removed from the Google platform, according to the Indian government. A Google spokesperson said it reviewed hundreds of loan apps and removed those that violated its terms.

The investigations are raising alarms in India over the vulnerability of a population of 1.3 billion who are still getting accustomed to digital payments. Online transactions in India will reach more than $3 trillion by 2025, according to PwC, the consulting firm. Further fraud findings could spur the government, which has already limited the personal data that online companies can use, to take a tighter grip on the industry.

The apps also speak to the global nature of online fraud. Many of the companies use techniques that flourished in China two years ago before the authorities there shut them down, and that have since reappeared elsewhere.

The loan apps emerged at a desperate time. The government enacted a tough, two-month lockdown a year ago to contain the virus, plunging India into a deep recession. Millions were thrown out of work. Traditional forms of lending, like banks and microlenders, were temporarily closed.

With names like Money Now, First Cash, Super Cash and Cool Cash — according to police documents — the apps came and went on Google’s app store in India, some reappearing with a slight change of identity. Most were built with off-the-shelf software that made their creation as easy as starting a blog, said Srikanth Lakshmanan, one of the coordinators of Cashless Consumers, a collective of technology volunteers who have been studying the apps.

With a few taps on a phone and a fresh selfie, a borrower could get the cash needed for a doctor’s appointment, for restocking the kitchen or for paying a child’s school fees.

Repayment could be due as quickly as a week. Lenders often added interest and fees amounting to as much as one-third of the loan even before they sent the money, so borrowers would already owe more than received. And to get money, borrowers had to hand over their personal information.

That was when the call centers went into action, according to the police and analysts. First they would badger borrowers into paying back the principal, interest and fees. Then they would call friends and family, sometimes falsely saying the borrower was wanted by the police. Some created WhatsApp groups, added members from the borrower’s contact list, then bombarded the group with accusations. Some would steer desperate borrowers to other services that lent money, further ensnaring them.

The police in Hyderabad took notice this past winter after the suicides and after people lodged harassment complaints. They were stymied until an informant came forward and, in return for a roughly $150 reward, shared the address and details of a call center where a close friend worked as a collection agent.

In an interview with The New York Times, the collection agent — a fast-talking 24-year-old who made about $130 a month — said each day he would receive electronic files on about 50 borrowers. The files included their personal details, copies of their government IDs and their contact lists.

Workers could make a weekly bonus of about $7 for if they pressured three-fourths of the borrowers to pay loans back, said the collection agent, who asked for anonymity for fear of reprisal from his former employer. The bonus doubled for a success rate of four-fifths or more. Clients often begged for time, the agent said, and some even said the constant harassment would lead to their deaths. The collection agent, eyes on the bonus, would continue anyway.

So far, the investigations in Hyderabad have led to raids on call centers in at least four Indian cities, with each center employing between 100 and 600.

Some of the companies have connections to China. So far, at least four Chinese nationals have been arrested, the police said. In reverse-engineering the most exploitative apps, activists like Mr. Lakshmanan found that a large number were hosted on Chinese cloud services and used Chinese software development kits and facial recognition tools.

The police have frozen bank accounts with about $40 million so far. But the trail often leads to shell companies, networks used for money laundering or cryptocurrencies, which are difficult for governments to track.

Still, the publicity in Hyderabad has powered a public backlash.

Mr. Kumar, the cement salesman, is now part of one online advocacy group. About 60 victims have joined its WhatsApp channel, where they devise responses to harassing calls that continue, or provide support.

What saved Mr. Kumar on the morning last summer when he lay in bed and thought of ending his life was a final call to a friend. The friend recognized the urgency, rushed to the room and within hours helped collect the $400 Mr. Kumar had to pay that day to ease some of the harassment.

“If it wasn’t for my friend, I was 90 percent sure that day I would commit suicide,” Mr. Kumar said. “I still get calls. But now I tell them, ‘Do whatever you can.’ I am not worried now. I feel protected.”

But for some families, neither the pain nor the harassment has gone away.

G. Chandra-Mohan, a 38-year-old father of three who worked at a clothing warehouse, took out loans of about $1,000. After interest, fees and penalties, plus borrowing from other services to stay afloat, his balance was five times that. With a salary of $200 a month, and the $80 a month that his wife, Sarita, made from a part-time job at a laboratory, he couldn’t pay it back.

Mr. Chandra-Mohan maxed out his credit cards and drew from dozens of loan apps, his family said. When he complained of the harassment to the police, they told him to switch off his phone for a few days and return if it continued, his father-in-law, M. Sailu, said. The police said that he might have called a cybercrime hotline but that they didn’t have a record of him visiting a police station.

One morning, after Mr. Chandra-Mohan had driven his wife to her office on the back of his motorbike, he gave his three young daughters some change and sent them to their grandparents’ house around the corner. Then, he hanged himself from a fan.

“Even after his suicide,” his wife said, “the phone keeps ringing.”