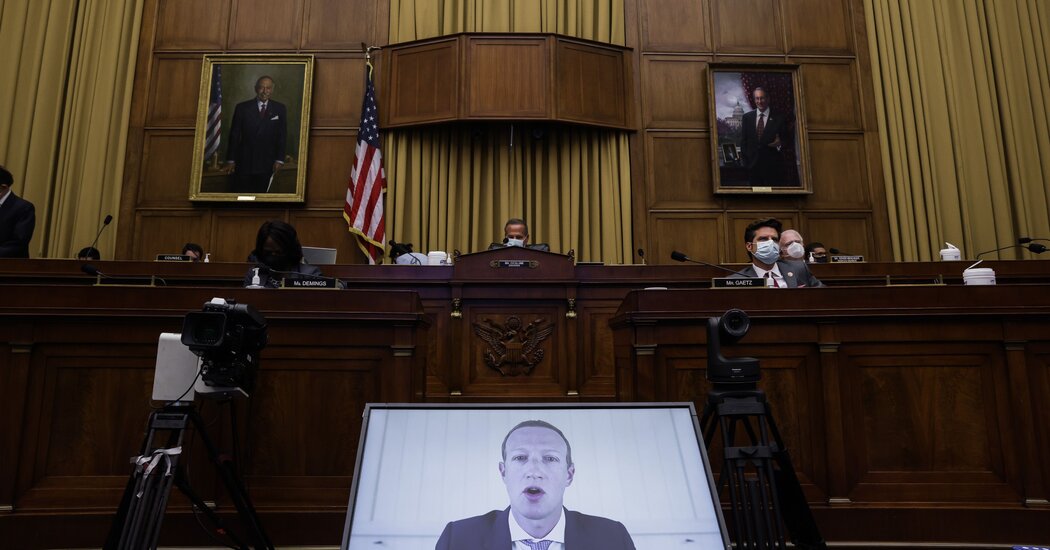 WASHINGTON — Mark Zuckerberg, Facebook’s chief executive, answered questions under oath on multiple days this week as part of the Federal Trade Commission’s inquiry into whether the company broke antitrust laws, the company said on Thursday.

The interview with Mr. Zuckerberg, reported earlier by Politico, was the first known time that regulators directly questioned a chief executive of one of the tech companies being scrutinized for potential antitrust violations. Either the F.T.C. or the Department of Justice is also investigating Google, Apple and Amazon.

Interviews with major executives can be a sign that a case is moving forward or is in an advanced stage. While the F.T.C. has already interviewed some other senior Facebook executives under oath, others are scheduled to be interviewed after Mr. Zuckerberg, a person with knowledge of the matter said. The agency’s interviews with Facebook employees could stretch well into September, said the person, who would speak only anonymously because the investigation is private.

Andy Stone, a spokesman for Facebook, said the company was “committed to cooperating with the U.S. Federal Trade Commission’s inquiry and answering the questions the agency may have.”

One round of document collection wrapped up in the spring. The trade commission has also contacted the founders of start-ups that Facebook bought, a sign that the agency is focusing on the company’s acquisition practices. But the investigation is expected to stretch beyond the November presidential election.

Mr. Zuckerberg and the other chief executives — Sundar Pichai of Google, Jeff Bezos of Amazon and Tim Cook of Apple — testified last month before a House panel investigating their market power. Mr. Zuckerberg was confronted with emails showing that a Facebook executive had referred to Instagram during the acquisition process as a “competitive threat.” Mr. Zuckerberg said Instagram’s runaway success was a result of its acquisition by Facebook and not preordained.

Facebook says it faces robust competition from other American tech giants as well as foreign companies like TikTok, the viral video app owned by the Chinese company ByteDance.