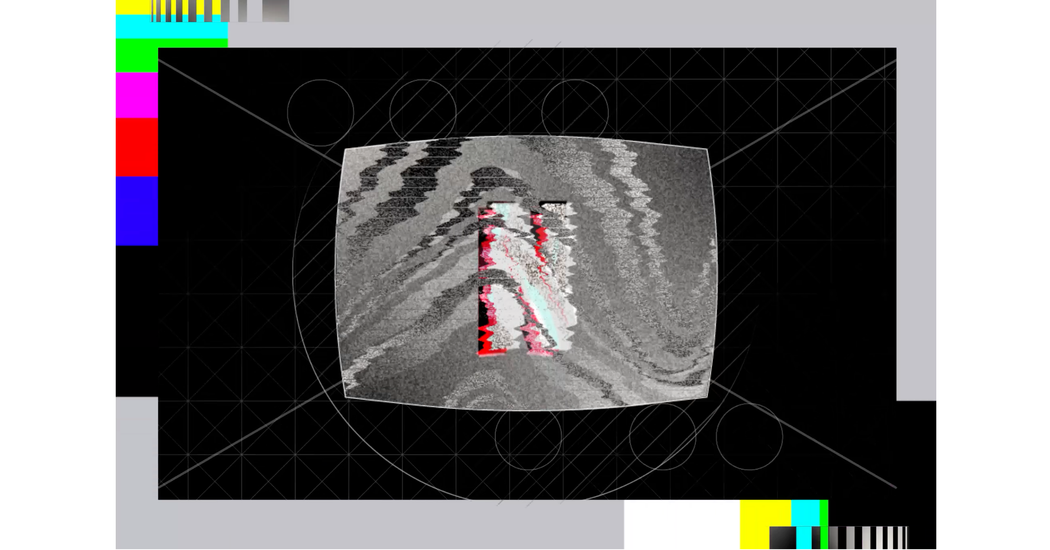 On Tech is taking a break on Friday. See you on Monday.

When I was growing up, my home entertainment options were the three VHS tapes my family owned or whatever bad sitcom was on. (Kids, ask the nearest old person to explain VHS tapes.)

I’m not nostalgic for the old days. But as home entertainment is being dragged into the digital world, I’m struck by how many holdovers have stuck around.

Sure, the internet changed everything. But also, has it?

Netflix changed how we watch, but not so much what we watch. YouTube is among the companies selling an internet equivalent of cable TV, now approaching cable-like prices. And when there were sports, Amazon’s game webcasts weren’t much different from what I watched on my family’s TV set.

Instagram and Uber feel fundamentally different from photo albums or taxis. And the new TV is way better than the old, but the shift in home entertainment has been a grinding evolution rather than a revolution. I wonder, could there be bolder ideas? What are we missing?

On Netflix, you don’t need to watch any bad sitcoms, or you can watch 50 hours in a row of one bad sitcom. It’s glorious. But there are a lot of old conventions there, too. There are “seasons” of shows — a relic from when TV shut down for a summer break. Many episodes last for about 30 or 60 minutes, another holdover from the era of rabbit ear TVs.

And apart from experiments like one episode of “Black Mirror” that let viewers choose what happened next, not much is internet-y about Netflix except that we watch it over the internet.

During the pandemic, people swarmed to a little company’s computer add-on to host communal Netflix gatherings; it’s made me wonder why Netflix didn’t have the idea first. (Now other companies, including Hulu and Amazon’s Prime Video service, have followed with their own communal watching features.)

Several years ago, YouTube and other companies started offering cable television, but over the internet, and I have no idea who these products were made for. These virtual cable services haven’t been very popular, lose money and are getting more expensive — which will make them even less popular.

There are understandable reasons for most of this. Netflix and most other internet video services grafted existing business approaches or behaviors onto the web. They’re also buying programming in many cases from the same companies that sell stuff for conventional TV channels and theaters.

I also suspect that there is a failure of imagination. One of the refreshing things about TikTok, Snapchat and even the silly mobile video service Quibi is they are testing unconventional entertainment ideas tailored for people who never watched VHS tapes. It might not work, but at least they’re not parochial.

I know I’m being cranky. I’ll be happily slumped on my sofa this holiday weekend watching Netflix and (probably) the “Hamilton” movie. But I’ll also be noticing that the new watching “TV” still feels a lot like watching TV.

In Wednesday’s newsletter, I wrote about Facebook’s tendency when confronted with criticism to react angrily, point to its principles and vow not to change. And then, Facebook is usually forced to change.

Welp. Here is Mark Zuckerberg, Facebook’s chief executive, speaking to employees last week about companies that have suspended buying Facebook ads, according to the technology news outlet the Information:

“I tend to think that if someone goes out there and threatens you to do something, that actually kind of puts you in a box where in some ways it’s even harder to do what they want because now it looks like you’re capitulating, and that sets up bad long-term incentives for others to do that [to you] as well.”

I understand the sentiment. But Facebook is not a hostage negotiator, and advertisers pressuring the company to do more about online vitriol are not hostage takers. (The company’s executives have been communicating with the unhappy advertisers, so Facebook’s view may have softened in the last week.)

I share some of Zuckerberg’s skepticism that what these boycotting advertisers want most is a pat on the back for appearing to take a stand against a company with a tarnished reputation. (Check out, for example, the latest column by Charlie Warzel, an Opinion writer for The New York Times, about Facebook being beyond reform.)

Facebook has millions of mostly small advertisers, and this temporary boycott from hundreds of big name advertisers will barely make a dent in Facebook’s sales numbers.

That doesn’t mean their actions won’t hurt. A publicized boycott against Facebook further stains its reputation.

Facebook does itself no good by again going into defensive mode when it’s confronted with criticism. Zuckerberg could say instead that he values the input of Facebook’s customers — and then actually take their criticism to heart.

My colleague Charlie Warzel started a Twitter thread of dogs (and some cats) wistfully resting their chins on inanimate objects. They are so adorable. (This dog with his chin on a hammock might be my favorite.)