No, AOC Didn’t Make Up Her Capitol Riots Experience 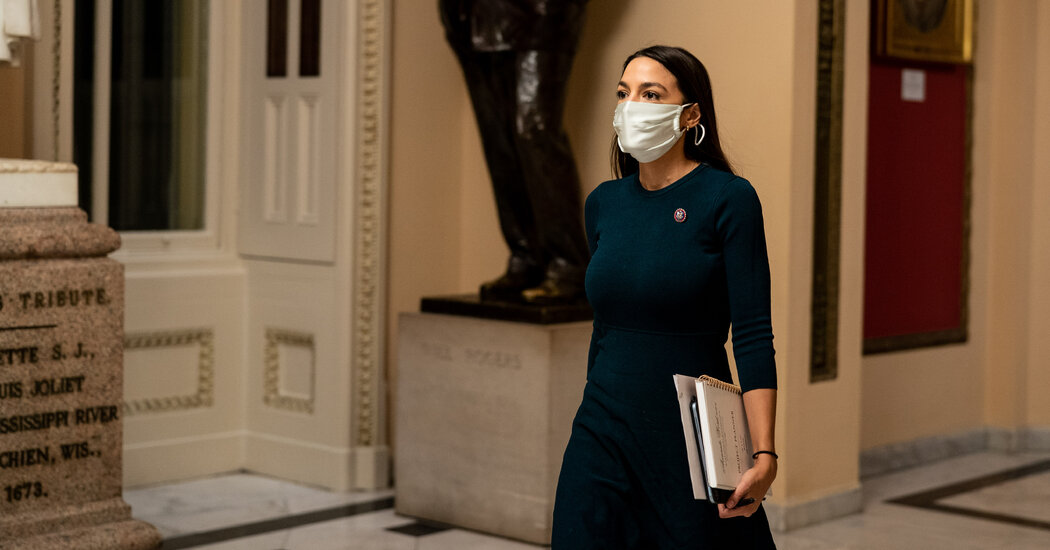 Since Representative Alexandria Ocasio-Cortez, the New York Democrat, took to Instagram Live on Monday to describe what the Jan. 6 riot was like from inside the Capitol complex, critics have claimed that she wasn’t where she said she was, or that she couldn’t have experienced what she described from her location.

These claims are false.

While Ms. Ocasio-Cortez was not in the main, domed Capitol building when the rioters breached it, she never said she was. She accurately described being in the Cannon House Office Building, which is part of the Capitol complex and is connected to the main building by tunnels.

In her livestream, Ms. Ocasio-Cortez recalled hiding in a bathroom and thinking she was going to die as unknown people entered her office and shouted, “Where is she?” They turned out to be Capitol Police officers who had not clearly identified themselves, and Ms. Ocasio-Cortez said so on Instagram. She did not claim that they were rioters — only that, from her hiding spot, she initially thought they were.

During the riot, reporters wrote on Twitter that the Cannon building was being evacuated because of credible threats, and that Capitol Police officers were running through the hallways and entering offices just as Ms. Ocasio-Cortez described.

The false claims about her statements have spread widely online, much of the backlash stemming from an article on the conservative RedState blog and a livestream from the right-wing commentator Steven Crowder. On Thursday, Representative Nancy Mace, Republican of South Carolina, tweeted, “I’m two doors down from @aoc and no insurrectionists stormed our hallway.”

But Ms. Ocasio-Cortez never said insurrectionists had stormed that hallway, and Ms. Mace herself has described being frightened enough to barricade her own door. A spokeswoman for Ms. Mace said on Friday that the congresswoman’s tweet had been intended as “an indictment of the media for reporting there were insurrectionists in our hallway when in fact there were not,” and that it “was not at all directed at Ocasio-Cortez.”

“As the Capitol complex was stormed and people were being killed, none of us knew in the moment what areas were compromised,” Ms. Ocasio-Cortez tweeted in response to Ms. Mace’s post. (A spokeswoman for Ms. Ocasio-Cortez said the lawmaker had no additional comment.)

Others have corroborated Ms. Ocasio-Cortez’s account and confirmed that the Cannon building was threatened, even though the rioters did not ultimately breach it.

Ari Rabin-Havt, a deputy manager for Senator Bernie Sanders’s 2020 presidential campaign, tweeted that he was in the Capitol tunnels during the attack. As Mr. Rabin-Havt moved toward the Cannon building, he wrote, members of a SWAT team yelled at him to find a hiding place.

And Representative Katie Porter, Democrat of California, said on MSNBC that after the Cannon building was evacuated, she and Ms. Ocasio-Cortez sheltered in Ms. Porter’s office in another building. She said Ms. Ocasio-Cortez was clearly terrified, opening closets to try to find hiding places and wishing aloud that she had worn flats instead of heels in case she had to run.