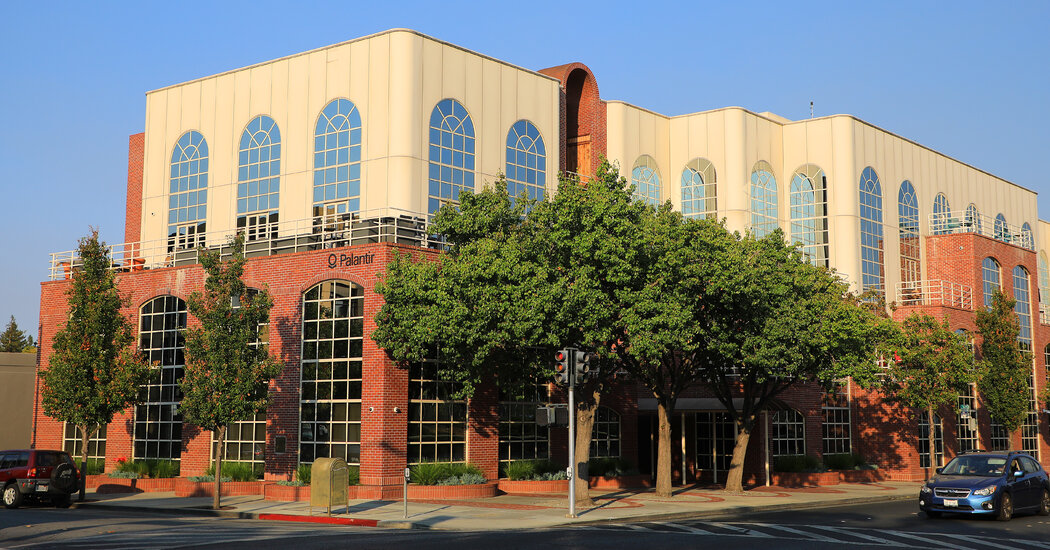 SAN FRANCISCO — Palantir, a Silicon Valley company with strong links to the defense and intelligence communities, is poised to be the latest in a string of tech companies to offer shares on Wall Street well before turning a profit.

The company sent financial documents to its investors on Thursday night, ahead of its planned debut on the public markets this year. The documents, obtained by The New York Times, offer the first full look into the company’s financials and operations and show growing operating expenses as well as deep losses.

The company, which has raised more than $3 billion in funding and is valued by private market investors at $20 billion, has not turned a profit since it was founded in 2003. As early as 2014, Palantir had fanned expectations that it would soon hit $1 billion in revenue. Six years later, it appears to be closing in on that goal. In the first six months of this year, Palantir’s revenue was $481 million.

A Palantir spokeswoman declined to comment. Details from the financial documents were reported earlier by the tech news site TechCrunch.

Palantir was founded by an eclectic group of Silicon Valley entrepreneurs, including Peter Thiel, who helped create PayPal before making an early investment in Facebook, and Alex Karp, Palantir’s chief executive and a former classmate of Mr. Thiel’s at the Stanford University Law School.

The company gained notoriety for its secrecy and government ties, spurred by an investment from In-Q-Tel, the investment arm of the Central Intelligence Agency and encouraged by cryptic comments from Mr. Karp about Palantir’s counterterrorism work.

But Palantir has recently been the subject of sustained protests over its government contracts, particularly its work with Immigration and Customs Enforcement, and critics have called on the company to stop assisting the agency with deportations.

The company licenses two pieces of software, Gotham and Foundry, and provides cloud-computing services and in-person technology support. Its software is designed to aid in data analysis and is widely used by government agencies for tasks like managing complex supply chains or tracking terrorism suspects.

Despite efforts to land more commercial customers, Palantir earned $345.5 million from its work with government agencies in 2019 and $397 million from commercial entities, the documents said. It had 125 customers in the first half of 2020, but did not name them in descriptions of its work.

Mr. Karp had been vocal in the past about his aversion to going public, citing the secret work of Palantir’s customers. An initial public offering “is corrosive to our culture, corrosive to our outcomes,” he said in 2014.

The documents describe Palantir’s plan to go public via a direct listing, in which no new shares are issued and no new funds are raised. This nontraditional method of going public has become more popular among large, high-profile tech companies in recent years, because they can easily raise money from private investors. The direct listings of Slack, the work collaboration software company, and Spotify, the music streaming company, helped popularize the strategy.

In most direct listings, shareholders are not bound by a traditional lockup period before they can sell their stock. But Palantir has imposed a 180-day lockup period. It will allow shareholders to sell 20 percent of their common stock immediately, but they must wait for the lockup to expire to sell more.

The company submitted its confidential filing to go public via direct listing on July 6.

Palantir has arranged a structure to ensure that its founders retain power. They have a special class of shares, Class F, that will have a variable number of votes to ensure the founders control 49.999999 percent of the company’s voting power, even if they sell some of their shares. The company argued to its investors that this structure would allow it to stay “Founder-led” after it went public.

In the documents, Palantir made the case that its strong ties to government contractors were an opportunity, citing the “systemic failures of government institutions to provide for the public.”

“We believe that the underperformance and loss of legitimacy of many of these institutions will only increase the speed with which they are required to change,” the document said.

But the documents also list many risks, including privacy and data protection laws, negative media coverage, the potential loss of Mr. Karp, and customer concentration — 28 percent of Palantir’s revenue came from its top three customers in 2019.

Mr. Karp, who received roughly $12 million in compensation last year, controls 8.9 percent of the company’s voting power. Mr. Thiel controls 28.4 percent of voting through various entities with titles often borrowed from “The Lord of the Rings,” like Rivendell and Mithril.

The name Palantir refers to spherical objects used in “The Lord of the Rings” to see other parts of fictional Middle-earth.

Other stockholders that own more than 5 percent of the company are Founders Fund; Sompo Holdings, the Japanese corporation that operates a joint entity with Palantir in Japan; and UBS. Smaller investors, according to PitchBook, include Fidelity, RRE Ventures, Morgan Stanley and Tiger Global Management.