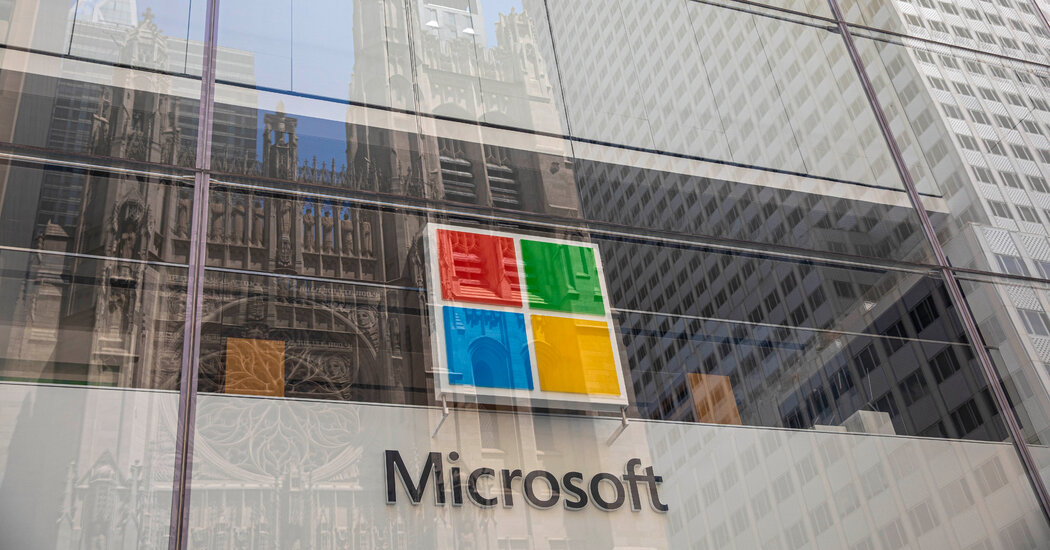 The Defense Department on Friday reaffirmed its decision to award a massive cloud computing contract to Microsoft, despite protests from Amazon, which had argued that President Trump interfered to prevent it from winning the $10 billion contract.

The decision, which comes more than six months after a federal judge halted work on the contract in response to a legal challenge from Amazon, is not likely to put an end to the acrimonious battle. But it does indicate the Defense Department is confident in its decision to give Microsoft the contract, known as the Joint Enterprise Defense Infrastructure project, or JEDI.

Amazon had been seen as a front-runner to win the contract. But the Defense Department chose Microsoft in October to lead a modernization of the military’s cloud computing systems.

Amazon challenged the decision in court and won a reprieve in February, when a federal judge blocked the award and ordered Microsoft to halt its work on fulfilling the contract.

The legal fight over the contract is likely to continue. Amazon argued that its technology was superior and that Microsoft had failed to meet some of the Defense Department’s specifications.

The tech giant also claimed that Mr. Trump had interfered in the process because of his feud with Jeff Bezos, Amazon’s chief executive and the owner of The Washington Post. The Post has aggressively covered the Trump administration, and the president has referred to the newspaper as the “Amazon Washington Post” and accused it of spreading “fake news.”

But Amazon was unable to offer evidence that Mr. Trump or members of his administration tipped the scale in Microsoft’s favor. Amazon is seeking to depose Mr. Trump and senior Defense Department officials, but focused its legal challenge on how the Defense Department would be charged for cloud services.

In March, the Pentagon said it would reconsider its work with Microsoft in light of Amazon’s objections. After a “comprehensive re-evaluation,” however, it determined that Microsoft’s proposal “continues to represent the best value,” a spokesman said.

“We appreciate that after careful review, the D.O.D. confirmed that we offered the right technology and the best value,” said Frank X. Shaw, a spokesman for Microsoft. “We’re ready to get to work and make sure that those who serve our country have access to this much-needed technology.”

Amazon said in a blog post that the Defense Department had an opportunity to “address the numerous material evaluation errors outlined in our protest, ensure a fair and level playing field, and ultimately, expedite the conclusion of litigation. Unfortunately, the D.O.D. rejected that opportunity.”