Police Drones Are Starting to Think for Themselves 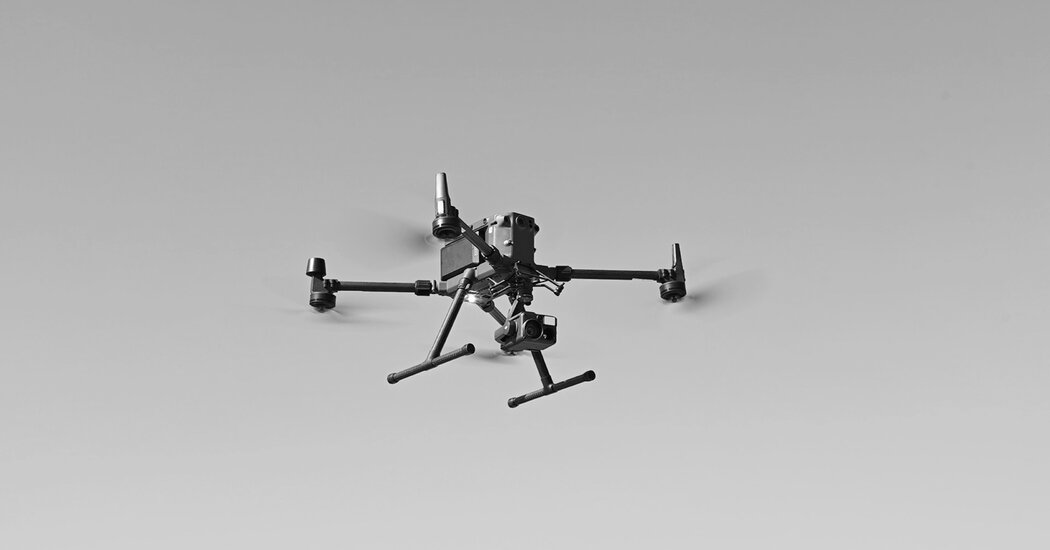 CHULA VISTA, Calif. — When the Chula Vista police receive a 911 call, they can dispatch a flying drone with the press of a button.

On a recent afternoon, from a launchpad on the roof of the Chula Vista Police Department, they sent a drone across the city to a crowded parking lot where a young man was asleep in the front seat of a stolen car with drug paraphernalia on his lap.

When the man left the car, carrying a gun and a bag of heroin, a nearby police car had trouble following as he sprinted across the street and ducked behind a wall. But as he threw the gun into a dumpster and hid the bag of heroin, the drone, hovering above him, caught everything on camera. When he slipped through the back door of a strip mall, exited through the front door and ran down the sidewalk, it caught that, too.

Watching the live video feed, an officer back at headquarters relayed the details to the police on the scene, who soon caught the man and took him into custody. Later, they retrieved the gun and the heroin. And after another press of the button, the drone returned, on its own, to the roof.

Each day, the Chula Vista police respond to as many as 15 emergency calls with a drone, launching more than 4,100 flights since the program began two years ago. Chula Vista, a Southern California city with a population of 270,000, is the first in the country to adopt such a program, called Drone as First Responder.

Over the last several months, three other cities — two in California and one in Georgia — have followed suit. Police agencies from Hawaii to New York have used drones for years, but mostly in simple, manually flown ways. Officers would carry a drone in the trunk of a car on patrol or drive it to a crime scene before launching it over a park or flying it inside a building.

But the latest drone technology — mirroring technology that powers self-driving cars — has the power to transform everyday policing, just as it can transform package delivery, building inspections and military reconnaissance. Rather than spending tens of millions of dollars on large helicopters and pilots, even small police forces could operate tiny autonomous drones for a relative pittance.

That newfound automation, however, raises civil liberties concerns, especially as drones gain the power to track vehicles and people automatically. As the police use more drones, they could collect and store more video of life in the city, which could remove any expectation of privacy once you leave the home.

“Communities should ask hard questions about these programs. As the power and scope of this technology expands, so does the need for privacy protection,” said Jay Stanley, a senior policy analyst with the American Civil Liberties Union’s Project on Speech, Privacy and Technology. “Drones can be used to investigate known crimes. But they are also sensors that can generate offenses.”

With the pandemic still worsening, drones are a way of policing at a distance, said Rahul Sidhu, an officer in Redondo Beach, near Los Angeles, which started a program similar to the one in Chula Vista just after the virus reached the United States.

“We’re just trying to limit our exposure to other people,” he said. “Sometimes, you can send a drone without sending an officer.”

But down the road, he said, as these small unmanned helicopters become cheaper and more powerful, they will provide more efficient ways of policing urban areas. That could aid police departments at a time when the number of recruits is on the wane across the country and many voices are calling for funding cuts after months of protests against police violence.

In Chula Vista, drones are already an integral part of the way the police respond to emergencies. After an emergency call comes in, officers give the drone a location, and it flies to that point on its own — before returning on its own, too.

The department’s drones can cover about one-third of the city from two launch sites, responding to roughly 70 percent of all emergency calls. After asking the Federal Aviation Administration to approve a third launch site, the local police hope to cover the entire city, about 52 square miles between San Diego and the Mexican border.

Government regulations require that a certified pilot remain on the roof of the Police Department, overseeing the launch and, together with a police officer at a command station inside the building, handling most of the flying once the drone reaches its destination.

F.A.A. regulations aimed at protecting the flights of commercial planes and other aircraft prevent drones from being flown beyond the line of sight of their operators. But Chula Vista obtained a waiver from the F.A.A., so the pilot and officer can fly the drone as much as three miles from its launch site.

Each drone — including long-distance cameras, other sensors and software — costs the department about $35,000. But the overriding cost of the program lies in the many officers needed to operate the drones.

On another recent afternoon, when the Chula Vista police were alerted to a car turned upside down in an empty riverbed, they sent a new kind of drone into the ravine. Built by Skydio, a Silicon Valley company, it could avoid obstacles on its own thanks to many of the same technologies used by self-driving cars.

“An ordinary drone would have crashed by now, guaranteed,” Sgt. James Horst said as he watched a video of the drone swooping down into the riverbed and inspecting the inside of the car at close quarters.

Later, in the courtyard outside the Police Department, he showed how, with another press of the button, he could instruct an automated drone to follow a particular person or vehicle on its own. Skydio has long offered a consumer drone that can follow you from place to place, even as you weave between obstacles, like trees in a forest. Now the company, which recently hired Fritz Reber, the former head of the Chula Vista police drone program, is selling to the police and other businesses.

Shield AI, a start-up in San Diego that has worked with police departments, has developed a drone that can fly into a building and inspect the length and breadth of the premises on its own, with no pilot, in the dark as well as in daylight. Others, including Skydio and DJI, a company in China that makes the drones launched from the roof of the Chula Vista Police Department, are building similar technology.

The Chula Vista department treats drone video much as it does video from police body cams, storing footage as evidence and publicly releasing it only with approval, Capt. Don Redmond said. The department does not use drones for routine patrols.

For privacy advocates like Mr. Stanley of the A.C.L.U., the concern is that increasingly powerful technology will be used to target parts of the community — or strictly enforce laws that are out of step with social norms.

“It could allow law enforcement to enforce any area of the law against anyone they want,” Mr. Stanley said.

Drones, for instance, could easily be used to identify people and restrict activity during protests like those that have been so prevalent across the country in recent months. Captain Redmond said the Chula Vista department did not deploy drones over Black Lives Matter protests because its policies forbade it.

The Chula Vista police do not require the approval of city officials to expand drone use, but, according to Captain Redmond, they have publicly notified the community about the continued progress of the program.

Drone as First Responder programs in places like Redondo Beach and Clovis, Calif., are seeking waivers that would allow them to fly beyond the operators’ line of sight.

In Clovis, near the middle of the state, the Police Department has found that its drones tend to overheat at the height of summer. “We were flying them four days a week until it got too hot,” Lt. James Munro said. “Then we had to ground them.”

But he thinks these and other technical obstacles will soon be overcome. “Drones are like iPhones,” he said. “As soon as you get one, a new one arrives with new technology.”