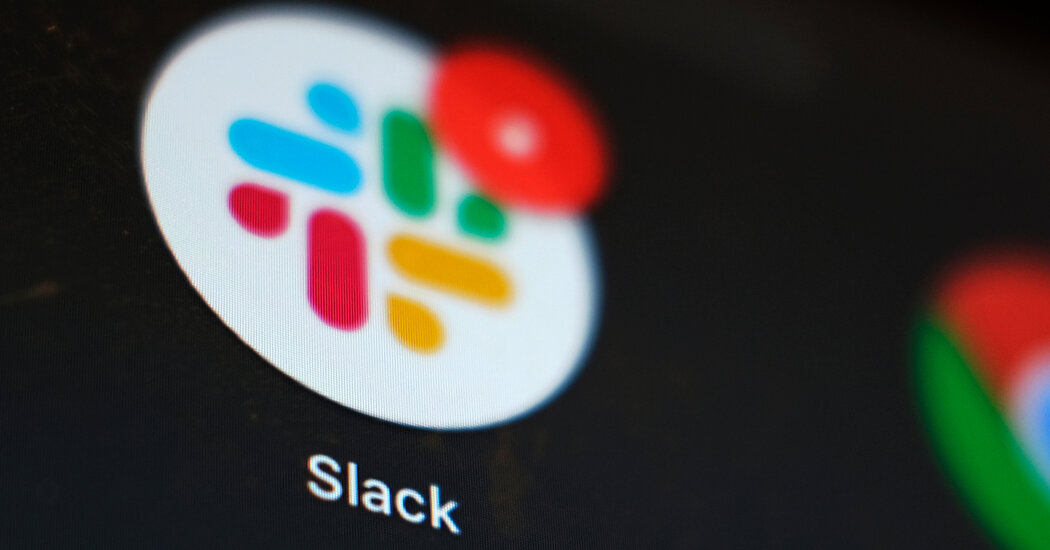 Slack, the popular messaging platform used by millions of people worldwide, restored service after experiencing a major disruption on Monday as many employees in the United States returned to work after the holidays.

The company initially called the service problem an “incident” in a statement on its website on Monday morning, then upgraded it to an outage an hour later.

“Customers may have trouble loading channels or connecting to Slack at this time,” the statement said. “Our team is investigating and we will follow up with more information as soon as we have it.”

At 3:10 p.m., the company wrote: “We’re truly sorry for the disruption today. We’ll be back with a summary of this issue.”

A Slack representative said the company was “seeing improvements with error rates on our side, and we believe affected customers should be able to access Slack.”

The company said it was continuing to work to resolve issues with its calendar apps and email notifications.

The representative could not say how many of Slack’s more than 10 million daily users were affected or what had caused the disruption.

The website Downdetector, which tracks internet disruptions, recorded a spike in reported problems with Slack at about 10 a.m. Eastern time, and the company posted its first statement about the problem at 10:14 a.m.

Later in the afternoon, the spike appeared to have subsided.

During the outage, users could not send messages, load channels, make calls or even log in to the service, and some had problems with their calendars and notifications. The outage sent many people either to Slack’s competitors, like Google or Zoom’s video services, or back to phone calls and emails — tools that could feel antiquated to some employees who, while working from home for much of the last year, have grown used to the convenience and immediacy of the Slack app on their laptop or smartphone.

Service began to resume for some users around 12:20 p.m. Eastern.

“Some customers may be able to connect, but may also experience degraded performance,” Slack said at 1 p.m.

As it has grown in recent years, Slack has become an essential workplace tool, with many users in media organizations and companies that have shifted to working from home because of the coronavirus pandemic. More than 750,000 companies use the service, according to Slack, which became an independent, publicly traded company in mid-2019.

Salesforce, a company that sells marketing and sales software, announced in December that it would buy Slack for $27.7 billion in cash and stock, the latest in a series of major deals showing the demand for tools that allow people to work remotely. Adobe said in November that it planned to acquire the management software company Workfront for $1.5 billion, and Atlassian, which sells tools for developers, said it would buy the enterprise services business Mindville for an undisclosed amount.

The high-profile deals indicated intense competition in the market for workplace software. Other companies with such products, including Airtable, Dropbox and Smartsheet, may be among the potential targets for acquisitions by powerful tech companies. Executives at Slack, which was founded in 2010, had rejected such offers in the past.

Slack has also faced increasing competition, especially from Microsoft, which offers a collaboration product called Teams. In July, Slack filed a complaint with the European Commission that claimed that Microsoft had unfairly bundled Teams with its Microsoft Office work products, including Word, Excel and PowerPoint.

Though outages were once fairly common for internet companies, especially start-ups that grew quickly, they have become more rare as several tech giants, like Google and Facebook, have built networks of interconnected data centers.

But major firms have experienced widespread problems in recent months, highlighting how reliant many companies, schools and governments have become on those networks.

In September, Google services, including Gmail, Hangouts, Maps and YouTube, briefly crashed, as did Slack and a suite of Microsoft services, including Outlook, Office 365 and Teams. In December, Google suffered another outage with its apps that lasted about 45 minutes. And in August, an outage involving the video service Zoom caused problems for several hours on what was the first day of school for many students.