Tech Companies Shift Their Posture on a Legal Shield, Wary of Being Left Behind 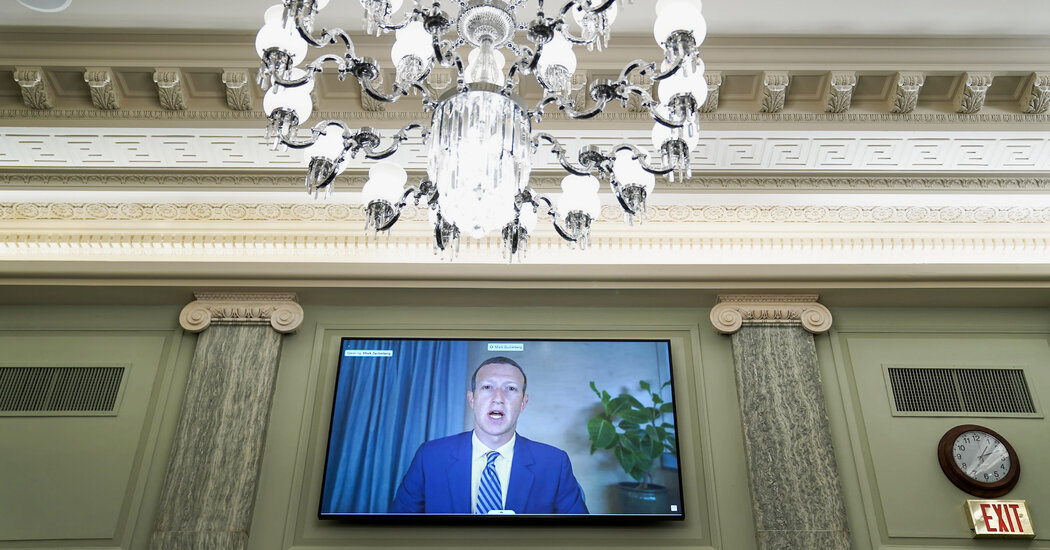 WASHINGTON — For more than two decades, the tech industry had a cohesive message to Congress about a law that shields internet platforms from lawsuits: Don’t touch it.

But now, as tech companies face intensifying attacks from political leaders, more of them are saying something else: Let’s work something out.

Numerous industry leaders have said in recent weeks that they are open to changes to the law, Section 230 of the Communications Decency Act. Mark Zuckerberg, Facebook’s chief executive, has said that the law should be updated, and Twitter’s chief executive has proposed possible “expansions” to it. Google has acknowledged “legitimate questions” about the law. On Tuesday, a group of smaller companies — including Snap, Reddit and Tripadvisor — plan to say that they are open to discussing reforms, too.

The shifting rhetoric comes as both Republicans and Democrats have threatened to make major changes to the legal shield or repeal it entirely. The law, passed in 1996, limits companies’ legal exposure for the words, photos and videos posted by users of their sites.

President Trump has threatened to veto a critical defense funding bill because it did not include a repeal of the protections. President-elect Joseph R. Biden Jr. has called for the shield to be “revoked.” Lawmakers in both parties have proposed major trims to it.

So far, the talk coming from the industry is not about repealing the law, or giving it an overhaul. The rhetoric is more about being open to tweaks around its edges while defending its core legal protections. But their new posture could change the dynamics of an increasingly heated debate over how to handle hate speech, extremist content and child pornography online.

“A lot of this is these companies understanding that change is coming one way or another,” said Mary Anne Franks, a professor at the University of Miami School of Law who has criticized aspects of the legal shield. “And one of the best ways to keep your interests in the center is to acknowledge that change is coming and try to shape it.”

The attacks on Section 230 are part of a larger effort by the government to rein in the tech giants. Two months ago, the Justice Department and a group of states accused Google of maintaining an illegal monopoly over online search. Last week, the Federal Trade Commission and 40 states filed their own antitrust lawsuits against Facebook, in a move that could ultimately result in the company being broken up.

Facebook, which has been criticized by liberals for allowing misinformation to spread and by conservatives who claim that the company takes too much right-leaning content down, has been the most outspoken about the need to change the law.

During his October appearance before a Senate Commerce Committee hearing, Mr. Zuckerberg said that Congress “should update the law to make sure that it’s working as intended.”

He proposed measures that would make it more clear to the public how content is moderated online. He also suggested that lawmakers could make it impossible for companies to use Section 230 protections in lawsuits when sites are “intentionally facilitating illegal activity.”

The company, like others in Silicon Valley, long pushed back vigorously against any talk of changing the law. Then, in 2017, Facebook and one of its lobbying groups supported a bill that eliminated the protections for sites that knowingly facilitated sex trafficking, a decision that frustrated some smaller companies.

Still, until recent months, the company’s public rhetoric resisted other changes to the law.

The new public posture taken by Facebook and other tech companies faces some skepticism.

“It is a rhetorical shift but in their action, they are continuing to actually oppose real reform,” said Senator Richard Blumenthal, a Democrat from Connecticut who has sponsored multiple pieces of legislation to limit the reach of the legal protections. “They are deeply averse to real changes.” Mr. Blumenthal said he was receptive to arguments that any changes shouldn’t disproportionately hurt small websites.

Tech companies may benefit from the political realities in the debate over the law. Many Republicans believe that it should be changed to force the platforms to keep more posts up, namely from conservative publishers and personalities. Many Democrats believe that by amending the law, they can encourage the platforms to remove more instances of drug sales, exploitative content and discriminatory advertising. A compromise has remained elusive.

Some smaller technology companies have acknowledged the possibility that lawmakers might alter Section 230, and the businesses are increasingly targeting their lobbying efforts at shaping any changes that might occur. In part, they fear that Facebook and other large companies could support a set of rules that only the biggest companies have the resources to follow.

Twitter’s chief executive, Jack Dorsey, appeared alongside Mr. Zuckerberg in October, and suggested ideas that could be “expansions” to Section 230. He has identified three possible areas for change: making platforms’ moderation processes more transparent, developing clear ways for users to appeal their decisions and giving users more choices about the algorithms that sort their content.

“We believe that the fundamentals of online speech, which are addressed through Section 230, remain; however, we should build upon Section 230 to reflect the realities of the modern digital age,” said Lauren Culbertson, Twitter’s head of public policy in the United States, in a statement. She said that unwittingly aiding dominant companies “should be avoided at all costs.”

Executives at Tripadvisor, one of the smaller companies that will announce Tuesday that they are open to the possibility of changes, said they understood that they will need to work with lawmakers to make sure any adjustments to the law reflect their concerns.

“We’ve definitely been engaged in other ways,” said Caitlin Brosseau, a senior director of government affairs and public policy at the company. “But I think we see this as an important element to overall engagement, education, advocacy that’s going to be necessary to getting a good outcome, if there is to be one.”

The lobbying efforts for the group of smaller companies, called Internet Works, are being run by Josh Ackil, a partner at Franklin Square Group, a firm that has long specialized in technology issues. The group has already met privately with congressional staff members looking at content moderation issues, Mr. Ackil said.

“This coalition brings new voices and diverse perspectives to Washington’s current Section 230 debate, which too often focuses on the largest internet platforms,” he said in a statement. The group plans to explain to policymakers how the companies see the core Section 230 protections as essential to the way they do business.

Ms. Brosseau, from Tripadvisor, said that their work would be aimed in part as making sure that if changes come, they are not “directed at a few instances or actors.”

“Whereas before, you might have gone in and it was just assumed, maybe, that you were there to oppose action,” she said.