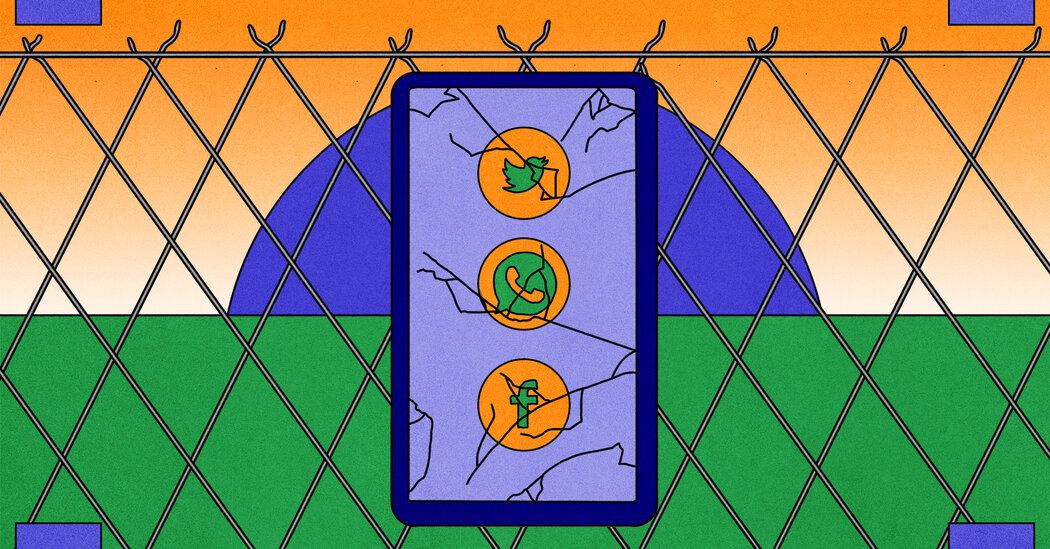 As their country is hit with the world’s worst coronavirus crisis, Indians are using Facebook, WhatsApp, Twitter and shared online documents to crowdsource medical help and hold their elected leaders accountable for their mistakes.

But the technology companies are mostly leaving Indians to fend for themselves.

That’s the message from Mishi Choudhary, a lawyer who works to defend digital rights in India and the United States. Choudhary told me that she is furious about what she believes are failures of both Indian officials and the mostly American internet companies that are dominant in the country.

Tech companies, she said, should be doing far more to fact-check coronavirus information that is spreading like wildfire on their sites and stand up to Indian officials who are trying to silence or intimidate people for speaking out online.

A consistent theme in this newsletter has been that a handful of technology companies have power on par with those of governments. Choudhary wondered what is the point of having so much power if big internet companies don’t use it when it really matters.

“If they’re going to squeeze money out of our market, they better also stand up for our people,” Choudhary told me.

It’s complicated for American tech companies operating in different countries to figure out how to balance local laws and citizens’ preferences with basic human rights such as free expression. It’s not clear cut what they should do as more countries — including India under Prime Minister Narendra Modi — try to control what happens online, both for valid reasons and to manipulate or restrict their citizens.

The internet superpowers deserve credit when they refuse to comply with heavy-handed government restrictions. But Choudhary is right that in India’s current crisis, America’s tech stars are not pushing back much and seem to be trying to avoid attention.

She singled out two things that they should be doing. The first is to help verify information that Indians are spreading online. People are spending hours online matching up those who need oxygen supplies or other medical attention with those who can help. Indians are also trying to ferret out when those reports are wrong, and to identify profiteers selling medical supplies at wildly inflated prices or that they don’t really have.

Choudhary asked why internet companies aren’t helping verify all that information. “If volunteers are doing that, I’m sure the platforms themselves can do it,” Choudhary said.

It’s never easy to pick out what’s true and what isn’t online, especially in a crisis when information travels fast. The problem is that the internet companies often don’t try very hard, particularly in countries outside the United States and Western Europe.

Second, Choudhary said that companies including Facebook and Twitter were being too complacent and secretive as India’s government squashes dissent online.

The Modi government has demanded that Facebook, YouTube and Twitter pull down posts that it considers misleading or dangerous. In some cases, it has cited doctored photos of dead bodies or other false information online that could cause a panic. But in some cases, those posts appear to be true and are being singled out because they challenge lowball official death counts or criticize Indian leaders for their pandemic response.

Twitter and Facebook typically say that when they operate in countries around the world they comply with government orders they consider valid. And in India, unless told that they must stay silent, the companies say they make public any government demands to delete posts or block them from view.

But Choudhary said that the American internet companies do not consistently tell affected people or the public why certain posts have been singled out.

She said that made it difficult for Indians and organizations like hers, the Software Freedom Law Center, to know when India’s government was trying to stop online scams or misinformation, and when it was trying to insulate itself from criticism.

As we talked, Choudhary stopped herself a couple of times to apologize for being emotional. She said that she was overwhelmed by the number of people in India asking for help finding a hospital bed for a loved one or to airlift a patient out of the country for medical treatment.

She is livid about what she considers fatal failures to control the coronavirus by powerful leaders in the country where she was born. And she can’t believe that in her current home, the United States, powerful tech companies that promise to give everyone a voice are sitting by as the Modi government stops Indians from speaking up.

Please give an Oscar to this person directing the TV camera shots (with finger snaps and EXTREME ENTHUSIASM) for a 1997 Academy Award win. My colleague Farhad Manjoo had a perfect explanation for why this clip is so amazing.

(A warning that there’s some not-family-friendly language.)