The Joys of Fixing Your Own Stuff 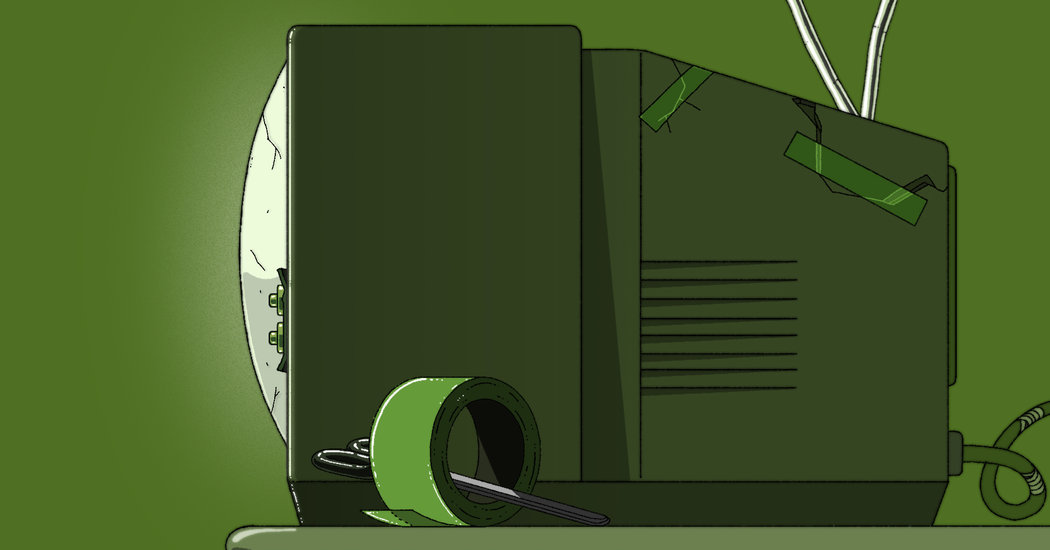 Whether by necessity or choice, lots of us are adopting acts of frugal self-reliance like baking our own bread, teaching our own children — and fixing our own busted iPhone screens.

Kyle Wiens, iFixit’s chief executive, said more people have become inclined to fix their own gadgets because of financial hardship, lack of access to repair shops and boredom. But he said he believed there’s also something bigger at work here.

Several years ago, I tricked a colleague at The Wall Street Journal — for the sake of journalism — to repair my busted TV set. When he opened the back of the television in the office and broke out a soldering iron, everyone gave him a wide berth. I’m happy to say the repair was quick, cheap and free from mishap. The TV is still in my living room.

If we bought less and kept what we have alive for longer, we’d save money, be gentler on the planet and learn how resourceful we are.

Wiens has three suggestions to help us budding D.I.Y. types. First, that thing you worry is too complicated and dangerous to fix yourself probably isn’t.

“Our message is, give yourself a chance,” Wiens said. (There are limits. Wiens said some products, like old-fashioned television sets, are actually dangerous to fix. If your TV is one with a bulging back end rather than a flat screen, skip it.)

Second, Wiens said, when we buy a new product, we can consider how long it might last and how easy it would be to repair. Wiens suggested checking online for parts and repair manuals of older versions of the product. That’s a sign that the manufacturers have longevity in mind.

We may also want to consider that some products are destined to die young and are unfixable, including — sorry, everyone — many popular wireless headphones.

And third, Wiens said we can push for “right to repair” laws that would make it easier to get information, tools and parts to fix our own stuff.

This shouldn’t be necessary, but it is because some products are D.I.Y.-proof. Fixing the home button on some iPhones, for example, requires software that only Apple has. (Apple says this preserves the safety and integrity of our iPhones.)

I’m never going to stop buying new stuff. But like our sudden mania for baking, D.I.Y. repairs show how resourceful we can be. “It’s an opportunity to improve yourself and learn new skills,” Wiens said.

Earlier this month I asked you to send in your gadget fix-it questions. Many of you wrote in asking for help reviving old and slow laptops. Andrew Cunningham from the Wirecutter, a product recommendation site owned by The Times, has this advice:

But an even better option is to save the documents and files you want and then reinstall Windows from scratch. This doesn’t cost anything, and it can make your computer run more like it did when it was new.

There are also some inexpensive hardware upgrades you could consider. If your computer uses a hard disk, a solid-state drive (or SSD) can dramatically boost your speed.

Unlike a hard disk, an SSD has no moving parts, making it faster to load files and apps. It will also be quieter and less likely to fail. Expect to pay around $60 for an SSD with 500 gigabytes, which should be more than large enough for Windows as well as your files, apps and games.

You could also upgrade your computer’s memory (RAM), especially if you have 4 gigabytes or less. More RAM is especially helpful if your computer is slow to switch between multiple apps or browser tabs, or if it slows down noticeably as you open more apps at once.

Some computers’ storage or memory can’t be upgraded; the memory and SSD manufacturer Crucial has a comprehensive upgrade adviser page that can tell you whether your computer can be upgraded and what kind of parts it will need.

Don’t spend more than $100 or $150 on new parts, especially if your computer is more than four or five years old. Consider saving that money toward a new system instead.

A herd of escaped goats (?!) take over a neighborhood near San Jose, Calif.