They Found a Way to Limit Big Tech’s Power: Using the Design of Bitcoin 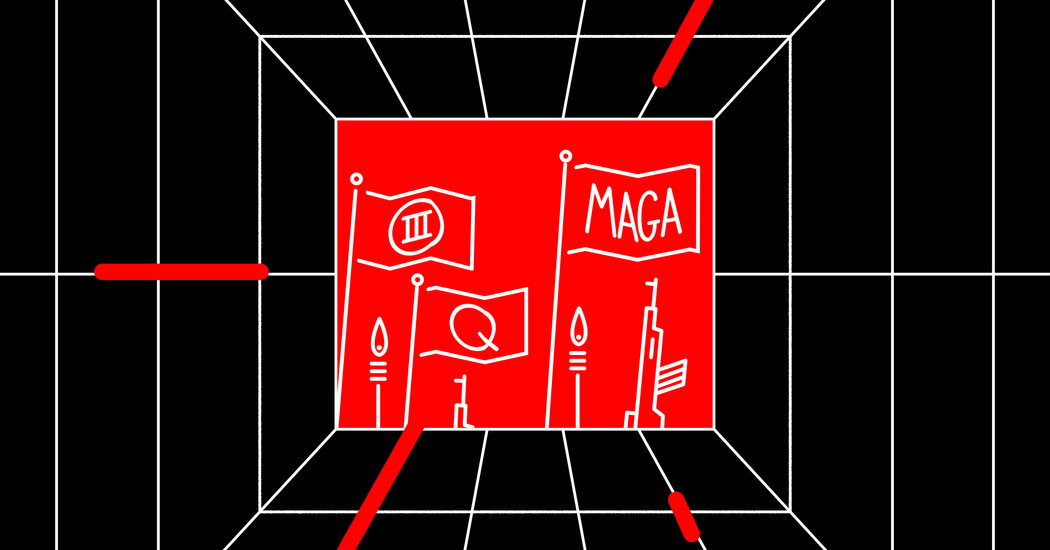 To hear more audio stories from publishers like The New York Times, download Audm for iPhone or Android.

SAN FRANCISCO — Jack Dorsey, Twitter’s chief executive, publicly wrestled this month with the question of whether his social media service had exercised too much power by cutting off Donald J. Trump’s account. Mr. Dorsey wondered aloud if the solution to that power imbalance was new technology inspired by the cryptocurrency Bitcoin.

When YouTube and Facebook barred tens of thousands of Mr. Trump’s supporters and white supremacists this month, many flocked to alternative apps such as LBRY, Minds and Sessions. What those sites had in common was that they were also inspired by the design of Bitcoin.

The twin developments were part of a growing movement by technologists, investors and everyday users to replace some of the internet’s fundamental building blocks in ways that would be harder for tech giants like Facebook and Google to control.

To do so, they are increasingly focused on new technological ideas introduced by Bitcoin, which was built atop an online network designed, at the most basic level, to decentralize power.

Unlike other types of digital money, Bitcoin are created and moved around not by a central bank or financial institution but by a broad and disparate network of computers. It’s similar to the way Wikipedia is edited by anyone who wants to help, rather than a single publishing house. That underlying technology is called the blockchain, a reference to the shared ledger on which all of Bitcoin’s records are kept.

Companies are now finding ways to use blockchains, and similar technology inspired by it, to create social media networks, store online content and host websites without any central authority in charge. Doing so makes it much harder for any government or company to ban accounts or delete content.

These experiments are newly relevant after the biggest tech companies recently exercised their clout in ways that have raised questions about their power.

Facebook and Twitter prevented Mr. Trump from posting online after the Capitol rampage on Jan. 6, saying he had broken their rules against inciting violence. Amazon, Apple and Google stopped working with Parler, a social networking site that had become popular with the far right, saying the app had not done enough to limit violent content.

While liberals and opponents of toxic content praised the companies’ actions, they were criticized by conservatives, First Amendment scholars and the American Civil Liberties Union for showing that private entities could decide who gets to stay online and who doesn’t.

“Even if you agree with the specific decisions, I do not for a second trust the people who are making the decisions to make universally good decisions,” said Jeremy Kauffman, the founder of LBRY, which provides a decentralized service for streaming videos.

That has prompted a scramble for other options. Dozens of start-ups now offer alternatives to Facebook, Twitter, YouTube and Amazon’s web hosting services, all on top of decentralized networks and shared ledgers. Many have gained millions of new users over the past few weeks, according to the data company SimilarWeb.

“This is the biggest wave I’ve ever seen,” said Emmi Bevensee, a data scientist and the author of “The Decentralized Web of Hate,” a publication about the move of right-wing groups to decentralized technology. “This has been discussed in niche communities, but now we are having a conversation with the broader world about how these emerging technologies may impact the world at quite large scales.”

Bitcoin first emerged in 2009. Its creator, a shadowy figure known as Satoshi Nakamoto, has said its central idea was to allow anyone to open a digital bank account and hold the money in a way that no government could prevent or regulate.

For several years, Bitcoin gained little traction beyond a small coterie of online admirers and people who wanted to pay for illegal drugs online. But as its price rose over time, more people in Silicon Valley took notice of the unusual technical qualities underlying the cryptocurrency. Some promised that the technology could be used to redesign everything from produce tracking to online games.

The hype fell flat over the years as the underlying technology proved to be slow, prone to error and not easily accessible. But more investments and time have begun to result in software that people can actually use.

Last year, Arweave, a blockchain-based project for permanently storing and displaying websites, created an archive of sites and documents from the protests in Hong Kong that angered the Chinese government.

Minds, a blockchain-based replacement for Facebook founded in 2015, also became an online home to some of the right-wing personalities and neo-Nazis who were booted from mainstream social networks, along with fringe groups, in other countries, that have been targeted by their governments. Minds and other similar start-ups are funded by prominent venture capital firms like Andreessen Horowitz and Union Square Ventures.

One of the biggest proponents of the trend has been Mr. Dorsey, 44, who has talked about the promise of decentralized social networks through Twitter and has promoted Bitcoin through the other company he runs, Square, a financial technology provider.

His public support for Bitcoin and Bitcoin-related designs dates to around 2017. In late 2019, Mr. Dorsey announced Blue Sky, a project to develop technology aimed at giving Twitter less influence over who could and could not use the service.

After shutting down Mr. Trump’s account this month, Mr. Dorsey said he would hire a team for Blue Sky to address his discomfort with Twitter’s power by pursuing the vision set out by Bitcoin. On Thursday, Blue Sky published the findings of a task force that has been considering potential designs.

Twitter declined to make Mr. Dorsey available for an interview but said it intended to “share more soon.”

Blockchains are not the only solution for those in search of alternatives to Big Tech’s power. Many people have recently migrated to the encrypted messaging apps Signal and Telegram, which have no need for a blockchain. Moxie Marlinspike, the creator of Signal, has said decentralization made it hard to build good software.

The experimentation with decentralized systems has nonetheless ramped up over the last month. Brave, a new browser, announced last week that it would begin integrating a blockchain-based system, known as IPFS, into its software to make web content more reliable in case big service providers went down or tried to ban sites.

“The IPFS network gives access to content even if it has been censored by corporations and nation-states,” Brian Bondy, a co-founder of Brave, said.

At LBRY, the blockchain-based alternative to YouTube, the number of people signing up daily has surged 250 percent from December, the company said. The newcomers appear to have largely been a motley crew of Trump fans, white supremacists and gun rights advocates who violated YouTube’s rules.

When YouTube removed the latest videos from the white supremacist video blogger Way of the World last week, he tweeted: “Why do we waste our time on this globalist scum? Come to LBRY for all my videos in HD quality, censorship free!”

Megan Squires, a professor at Elon University who studies new computer networks, said blockchain-based networks faced hurdles because the underlying technology made it hard to exercise any control over content.

“As a technology it is very cool, but you can’t just sit there and be a Pollyanna and think that all information will be free,” she said. “There will be racists, and people will shoot each other. It’s going to be the total package.”

Mr. Kauffman said LBRY had prepared for these situations. While anyone will be able to create an account and register content on the LBRY blockchain that the company cannot delete — similar to the way anyone can create an email address and send emails — most people will get access to videos through a site on top of it. That allows LBRY to enforce moderation policies, much as Google can filter out spam and illegal content in email, he said.

Even so, Mr. Kauffman said, no one would lose basic access to online conversation.

“I’d be proud of almost any kind of marginalized voice using it, no matter how much I disagreed with it,” he said.