Trump Targets WeChat and TikTok, in Sharp Escalation With China 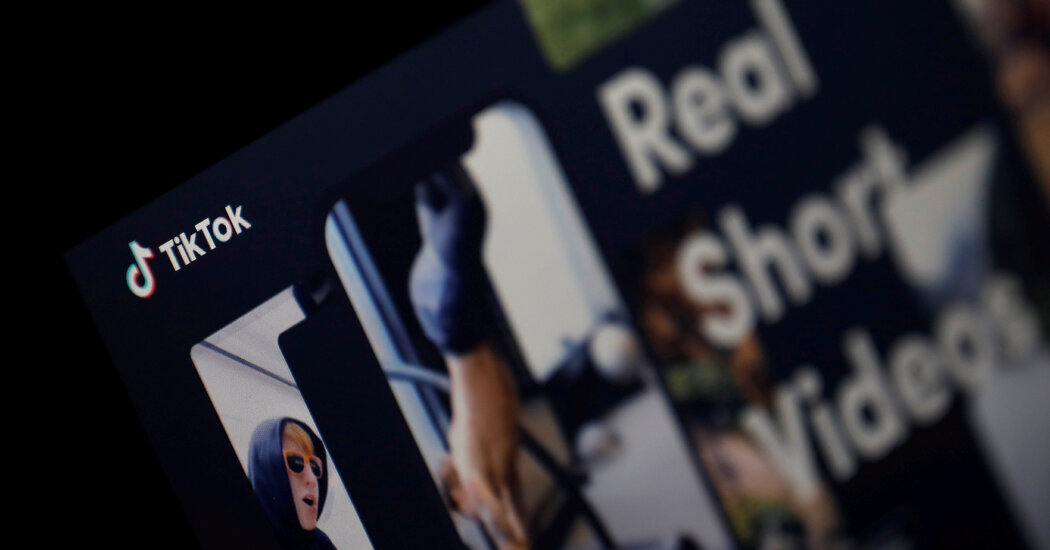 WASHINGTON — The Trump administration has announced sweeping restrictions on two popular Chinese social media networks, TikTok and WeChat, a sharp escalation of its confrontation with China that is likely to be met with retaliation.

Two executive orders, released late Thursday and taking effect in 45 days, cited national security concerns to bar any transactions with WeChat or TikTok by any person or involving any property subject to the jurisdiction of the United States. The order essentially sets a 45-day deadline for an acquisition of TikTok, which is in talks to be acquired by Microsoft.

Tensions between the United States and China have already escalated to levels not seen in decades over rifts in geopolitics, technology and trade. In recent months, Trump administration officials have challenged China on its crackdown in Hong Kong, its territorial claims in the South China Sea and its efforts to produce global tech champions. The campaign has been provoked in part by China’s more assertive posture, but also President Trump’s desire to convince voters that he is tough on China as the election approaches.

Mr. Trump’s advisers have zeroed in on technology companies, which they say are beholden to the Chinese government through security laws. Many companies that do business across the Pacific have been left paralyzed or begun to reconsider their partnerships, unsure of whether these tensions will spill into a new Cold War. The restrictions announced Thursday would also represent a further balkanization of the global internet, as nations continue to cut off foreign technology companies from one another’s markets.

In the announcement, Mr. Trump accused WeChat, made by Tencent, and TikTok, made by ByteDance, of providing a channel for the Chinese Communist Party to obtain Americans’ proprietary information, keep tabs on Chinese citizens abroad and carry out disinformation campaigns to benefit China’s interest.

“The spread in the United States of mobile applications developed and owned by companies in the People’s Republic of China (China) continues to threaten the national security, foreign policy and economy of the United States,” the president wrote.

Much remains unclear about the scope of the ban, including precisely which transactions would be covered. But it appears to have even more severe consequences for WeChat than for TikTok, which could be rescued through its talks with an American suitor.

WeChat is used widely around the world, particularly by people of Chinese descent, to communicate with friends, read news and carry out business transactions, and such a ban could effectively cut off much informal communication between people in China and the United States. Questions remain as to whether the order will affect businesses tied to Tencent, WeChat’s parent company, which is an investor in many popular American technology and gaming start-ups.

“We are reviewing the executive order to get a full understanding,” a Tencent representative said early Friday. The company’s shares fell almost 6 percent in trading on Friday.

In a statement on Friday, TikTok said it was “shocked” by the executive order, which it said risked “undermining global businesses’ trust in the United States’ commitment to the rule of law.”

“We will pursue all remedies available to us,” the statement said, “in order to ensure that the rule of law is not discarded and that our company and our users are treated fairly — if not by the administration, then by the U.S. courts.”

TikTok is in talks with at least three other American companies, including Microsoft, regarding a potential acquisition of TikTok’s business. Last week, Microsoft said it planned to pursue the negotiations for a purchase of TikTok’s service in the United States, Canada, Australia and New Zealand, and would do so by Sept. 15.

Mr. Trump for weeks has been urged to intervene with TikTok, and by a range of advisers. Many of those advisers, including Treasury Secretary Steven Mnuchin, had counseled Mr. Trump to follow the recommendations of a national security panel, the Committee on Foreign Investment in the United States, and allow Microsoft or another suitor to buy the Chinese-owned service.

But other advisers, like the White House trade adviser Peter Navarro, pushed for more sweeping action. By Friday evening, as the president flew back to Washington from Florida, Mr. Trump told reporters that he did not want TikTok to be acquired by an American company and that he would use his presidential authority to bar TikTok from operating in the United States.

That position did not last long. Mr. Mnuchin and other officials scrambled to find people who would intervene with the president, imploring people like Senator Lindsey Graham, Republican from South Carolina, to explain to the president why the Microsoft deal was a good option. Mr. Graham and Mr. Mnuchin cautioned Mr. Trump about a risky political calculation if TikTok simply went dark.

By Sunday, Mr. Trump had come around. But he has never seemed completely settled on one approach.

The threat of an outright ban on transactions is a serious blow for ByteDance and Zhang Yiming, the company’s chief executive, whose goal for years has been to connect the world through his various consumer apps. Nicknamed the “app factory” in China, ByteDance is home to more than 20 apps, including personal financial apps and productivity programs.

TikTok is far and away the crown jewel of ByteDance’s portfolio. Used by more than 800 million people globally, TikTok grew popular for its short, catchy videos that spread quickly and virally over social media channels. Mr. Zhang took steps to allow TikTok’s presence in some of the world’s most important consumer markets, like storing user data on servers in Virginia and Singapore, and hiring heads of business in the United States.

For many in China, the ban of WeChat will be a bigger deal. TikTok does not operate in China, where ByteDance instead offers an equivalent service, called Douyin.

WeChat, on the other hand, spans Beijing’s system of internet filters, connecting communities within and outside China. Exchange students use it to keep in touch with their families, investors use it to broker deals, and diaspora communities rely on it to keep in touch with relatives. Within China there are few alternatives to WeChat, because most other international messaging apps are blocked.

The order appeared to ban transactions between U.S. companies and Tencent, the owner of WeChat. Such a block would become a major difficulty for American firms in China, which use the ubiquitous WeChat social media app to do marketing, advertising and after-sales service.

Tencent is also widely invested in American gaming and social media companies, including Snap, Activision Blizzard and the makers of Fortnite, Clash of Clans and League of Legends. It’s not clear how the order might affect such investments.

Over the years WeChat went from copycat chat app to a force all its own. Crammed with services that enable online payments, e-commerce orders and other services, it grew into an inspiration for Silicon Valley. Companies like Facebook followed some of its cues in adding features to their own messaging apps.

Yet WeChat has also long been used by the police in Beijing to track dissidents. More recently, the app has emerged as a data conduit for the newly empowered internet police, who examine discussions for signs of political disloyalty. The app is also heavily censored, turning it into a sort of state-controlled filter bubble. Rumors not acceptable by Beijing are quashed, while others are left to spread.

Concern has been growing among Trump administration officials that WeChat offers the Chinese government not merely a way to gather data and information within the United States, but also a potent channel for spreading alternative narratives and disinformation. Matthew Pottinger, the deputy White House national security adviser, and Mr. Navarro have both been strong supporters of the executive orders.

But the national security cases against TikTok and WeChat are far from clear. Even within the national security community — and the nation’s intelligence agencies — there are doubts that the United States can successfully cut its networks and technologies off from China. There is also a realization that a good number of communications will run over Chinese-controlled computers, networks and switches no matter what the U.S. government does.

“While TikTok is being singled out in this executive order, their data collection and sharing practices are fairly standard in the industry,” said Kirsten Martin, a professor on technology ethics at the University of Notre Dame’s business school. “In fact, many fitness apps were banned from use in the military for tracking location data, but we did not ban them from all U.S. citizens.”

It’s not yet clear how a ban on WeChat or TikTok would be enforced, but users could adopt the same tactics many take in China when a service is banned and look for workarounds. If the app is taken down from app stores, people might find other ways to download it. If its use is blocked, they can turn to services that mask the origin of an internet connection. Even so, as Beijing has found out, many lack the savvy and patience for such technical fixes, and may cease using the service.