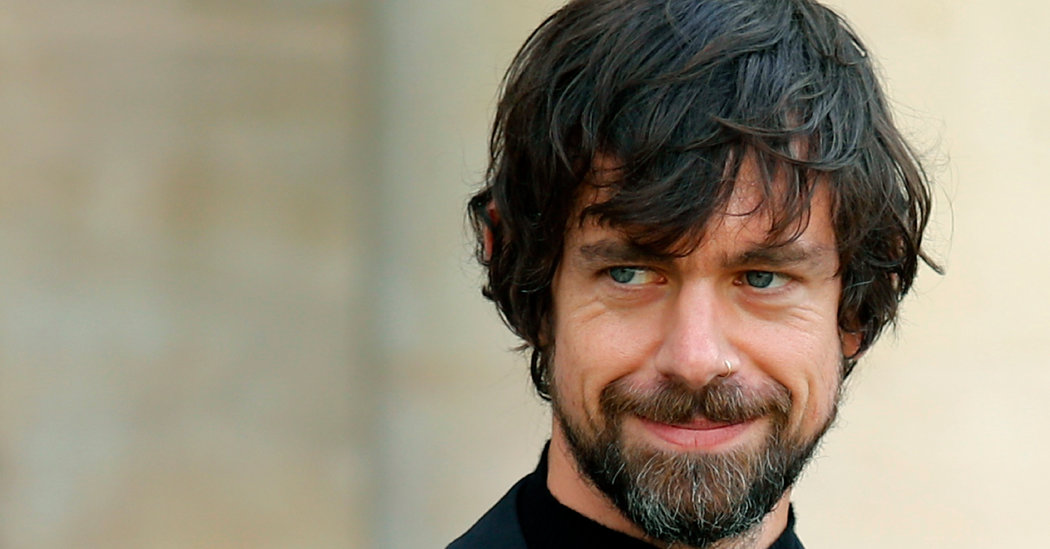 OAKLAND, Calif. — Twitter added information to refute the inaccuracies in President Trump’s tweets for the first time on Tuesday, after years of pressure over its inaction on his false and threatening posts.

The social media company added links late Tuesday to two of Mr. Trump’s tweets in which he had posted about mail-in ballots and falsely claimed that they would cause the November presidential election to be “rigged.”

The links — which were in blue lettering at the bottom of the posts and punctuated by an exclamation mark — urged people to “get the facts” about voting by mail. Clicking on the links led to a CNN story that said Mr. Trump’s claims were unsubstantiated and to a list of bullet points that Twitter had compiled rebutting the inaccuracies.

There is NO WAY (ZERO!) that Mail-In Ballots will be anything less than substantially fraudulent. Mail boxes will be robbed, ballots will be forged & even illegally printed out & fraudulently signed. The Governor of California is sending Ballots to millions of people, anyone…..

The warning labels were a minor addition to Mr. Trump’s tweets, but they represented a big shift in how Twitter deals with the president.

For years, the San Francisco company has faced criticism over Mr. Trump’s posts on his most favored social media platform, which he has used to bully, cajole and spread falsehoods. But Twitter has repeatedly said that the president’s messages did not violate its terms of service and that while Mr. Trump may have skirted the line of what was accepted under its rules, he never crossed it.

That changed Tuesday after a fierce backlash over tweets that Mr. Trump had posted about Lori Klausutis, a young woman who died in 2001 from complications of an undiagnosed heart condition while working for Joe Scarborough, a Florida congressman at the time. As part of his long-running feud with Mr. Scarborough, a host for MSNBC, Mr. Trump had posted false conspiracy theories about Ms. Klausutis’s death in recent days suggesting that Mr. Scarborough was involved.

Twitter said it was “deeply sorry about the pain these statements” were causing the Klausutis family, but said that it would not remove Mr. Trump’s tweets because they did not violate its policies. Instead, the company added warning labels to other messages posted by the president on Tuesday, where he claimed the mail-in ballots themselves would be illegally printed. Twitter determined that those unsubstantiated assertions could lead to voter confusion and that they merited a correction, said a person with knowledge of the deliberations who was not authorized to speak publicly.

The changes immediately set off accusations by Mr. Trump, who has more than 80 million followers on Twitter, and his 2020 re-election campaign that the company was biased against him. In a tweet, Mr. Trump said the company was “interfering in the 2020 Presidential Election” and added, in another post, that it was “completely stifling FREE SPEECH.”

Brad Parscale, a manager of the Trump 2020 campaign, said, “We always knew that Silicon Valley would pull out all the stops to obstruct and interfere with President Trump getting his message through to voters.”

Disinformation experts said Twitter’s move indicated how social media platforms that had once declared themselves neutral were increasingly having to abandon that stance.

“This is the first time that Twitter has done something that has in some small way attempted to rein in the president,” said Tiffany C. Li, a visiting professor at Boston University School of Law. “There’s been a gradual shift in the way that Twitter has treated content moderation. You see them taking on more of their duty and responsibility to create a healthy online speech environment.”

Twitter faces singular pressure because it is Mr. Trump’s most frequently used method of communicating with the public. Early in his presidency, he tweeted about nine times a day. He has since accelerated his pace, averaging 29 tweets a day this year and posting up to 108 times on May 10, according to a tally by The New York Times.

Mr. Trump’s high level of activity has brought attention and growth to Twitter. If the company deleted his tweets or altered them, it would escalate accusations from conservative politicians that it censors their political views or was biased against them.

But by doing nothing, Twitter was also being “misguided,” said Joan Donovan, research director at Harvard Kennedy School’s Shorenstein Center, who studies disinformation. “If world leaders are not kept to the same standard as everyone else, they wield more power to harass, defame and silence others.”

The dilemma with Mr. Trump has put Mr. Dorsey under scrutiny. In a series of tweets last October, Mr. Dorsey said the company would ban all political ads from the service because they presented challenges to civic discourse, “all at increasing velocity, sophistication, and overwhelming scale.” He worried such ads had “significant ramifications that today’s democratic infrastructure may not be prepared to handle.”

Yet Mr. Dorsey had appeared unwilling to tackle Mr. Trump’s tweets even though disinformation experts said political tweets from world leaders often reach a wider audience than political ads and have a greater power to misinform.

Still, election misinformation is a sore spot for Twitter and Mr. Dorsey. The company faced heavy criticism, along with Facebook, for allowing Russian disinformation to run rampant on the platform during the 2016 presidential election.

In 2018, Mr. Dorsey testified before Congress that he would put a stop to social media campaigns that sought to dissuade voters from participating in democracy.

“We have learned from situations where people have taken advantage of our service and our past inability to address it fast enough,” he said.

Twitter is not the only tech company struggling with moderating Mr. Trump’s threats and falsehoods online. Over the past few days, Mr. Trump posted identical comments about Ms. Klausutis’s death on Facebook. One of his posts there gained about 4,000 comments and 2,000 shares and was not mentioned by Mr. Klausutis. On Twitter, that same post, which questioned whether Mr. Scarborough had gotten away with murder, was shared 31,000 times and received 23,000 replies.

For years, Twitter took a hands-off approach to moderating the posts on its platform. That brought it acclaim when it enabled dissidents to tweet about political protests, like the Egyptian revolution in 2011. But it also allowed trolls, bots and malicious operatives onto the site, making Twitter an epicenter for harassment, misinformation and abuse.

In 2018, after all the criticism about the platform following the 2016 election, Mr. Dorsey said he would focus on molding Twitter to support “healthy” conversations.

But Mr. Trump himself largely escaped enforcement. Although he sometimes deleted his own tweets when they contained misspellings, Twitter mostly left his posts alone.

Critics have piled on over time. Last year, Senator Kamala Harris, Democrat of California, asked Mr. Dorsey to suspend Mr. Trump’s Twitter account. In a letter to Ms. Harris, Twitter reiterated its public stance on tweets by world leaders and said it would err on the side of leaving the posts up if there was a public interest in doing so.

Other world leaders have not enjoyed similar freedom on Twitter. Tweets from the Brazilian president, Jair Bolsonaro, and the Venezuelan president, Nicolás Maduro, that promoted unproven cures for the coronavirus were recently removed.

Until this week, Twitter had maintained that Mr. Trump did not violate its policies and that the company would take action if he crossed the line.

“We believe it’s important that the world sees how global leaders think and how they act. And we think the conversation that ensues around that is critical,” Mr. Dorsey said in an interview with HuffPost last year. If Mr. Trump posted something that violated Twitter’s policies, Mr. Dorsey added, “we’d certainly talk about it.”

On Tuesday, the company turned that talk into action.