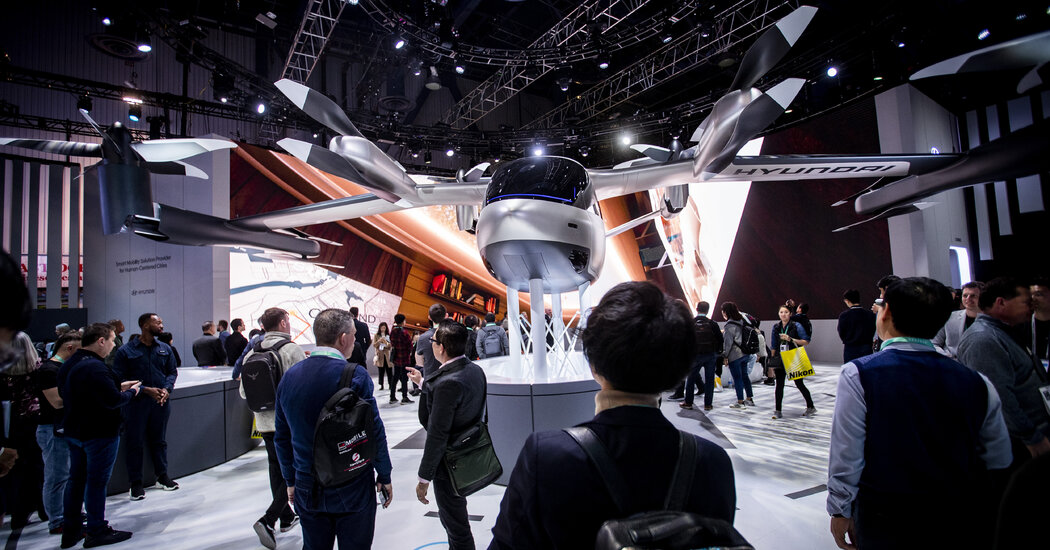 A day after Uber handed its autonomous car project to a Silicon Valley start-up, the company is doing the same with an ambitious and money-intensive effort to build flying cars.

Uber is handing its flying car project, Uber Elevate, to the air taxi start-up Joby Aviation, the two companies said on Tuesday. Uber will also invest $75 million in Joby’s effort to build a flying taxi, while agreeing to become partners with the start-up when the flying car reaches the market.

By taking the two technology projects off the books, Uber management, under pressure to make the company profitable, is dumping initiatives that critics said were money pits while focusing on the company’s core ride-hailing service and one of the few bright spots in the pandemic: a fast-growing delivery service. Uber recently completed the acquisition of its competitor Postmates, allowing the company to double down on deliveries.

Air taxis, like autonomous cars, are unlikely to make a significant impact for several years, and their yearly development costs run into the tens of millions, if not hundreds of millions.

“I know there are questions about whether Uber has any ‘big, bold’ bets left,” the Uber chief executive, Dara Khosrowshahi, said in an email to company employees that was viewed by The New York Times. “I understand that question, but I think it misses the big, bold bets right in front of us: to become the undisputed global leaders in both Mobility and Delivery.”

The deal is also an indication that the air taxi industry, which has been buoyed by enormous hype and investment over the last several years, is consolidating around a smaller group of companies. Investments are being funneled to a select group of players, said Asad Hussain, an analyst with Pitchbook, a research firm that tracks financial activity.

In 2020, nearly a billion dollars have been invested in this kind of “air mobility” company, according to Pitchbook.

With the new investment from Uber, Joby Aviation, based in Santa Cruz, Calif., has raised over $820 million. The company is trying to build an air taxi service that provides an alternative to overly crowded roadways in large urban areas. It hopes to start a service in at least one city by 2023. But first, government regulators must approve the use of its aircraft, which is a cross between a plane and helicopter that takes off vertically.

When the service begins, it will dovetail with Uber’s ride-hailing service, said the Joby executive chairman, Paul Sciarra. In other words, each company will offer an app that will let customers hail rides through the other.

Joby is acquiring Uber Elevate’s technology and its engineering staff. Mr. Sciarra declined to say how much Joby paid for the unit. But if the deal was structured like Uber’s agreement with Aurora, a self-driving car start-up, the answer is likely zero.

On Monday, Aurora said it was taking on Uber’s autonomous vehicle unit but wasn’t paying for it. Like Joby, it received a significant investment from Uber and the promise of a partnership.

Uber’s decision to offload its air taxi effort shows just how expensive and difficult such an effort will be in the years to come, said Mark Groden, chief executive of Skyryse, another company exploring new kinds of urban air transportation.

“Cracking this market requires a lot of technology that hasn’t been invented yet,” he said. “It is not a simple business.”