What’s the Deal With Google Now? 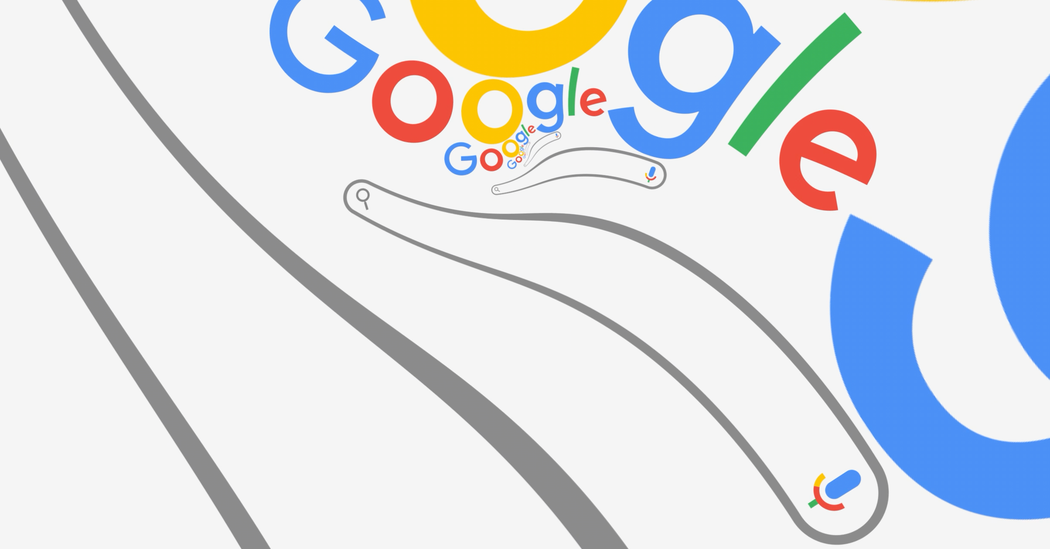 Why are government lawyers in Washington, Texas and beyond thinking about suing Google for being an illegal monopoly? Let me try to untangle what will be a confusing — but potentially important — legal moment.

What’s the government suing over exactly? Uhhh … we’ll see. Google is so sprawling that the focus of possibly multiple antitrust lawsuits from the federal government and one or more groups of states is up in the air.

What COULD be the problem? One longstanding issue is Google’s evolution from a website that pointed people to the best links online to one that’s swallowing the web.

An example: Until a few years ago, if you had searched for a hotel in Niagara Falls, a local burger restaurant or Tom Cruise’s height, Google probably showed you links to Expedia, Yelp or a People magazine article.

Now, Google is more likely to prominently show information or advertisements from its own computer systems or scraped from other companies’ websites — and keep you within Google’s digital walls. Google isn’t a front door to the internet anymore. It’s the house.

This might be useful for people, maybe. But the government wants to know if Google puts its thumb on the scale to privilege its own services, and therefore unfairly hurts other businesses and gives us worse information than we’d have otherwise. (Google has said that it’s trying to show people the most relevant information.)

What else? Another issue is Google planting its familiar search box everywhere. It’s the built-in search function on iPhones — a prime spot for which Google pays Apple billions of dollars each year. And in many cases, Google has deals to ensure that its search box has a pole position on Android smartphones. Same question here: Do Google’s actions unfairly hold back competition?

Didn’t you tell me about a different complaint about Google? I did! The government has also dug into the fairness of Google’s less well-known (and boring) role as a middleman in the computerized buying and selling of internet ads. That’s still of interest, maybe to the federal government and definitely to one or more states.

What could happen next? The most honest answer: Dunno. It depends on the specifics of possible lawsuits. The government could narrow its scope to those search contracts, and try to require that people have a choice of a search engine when they get a new phone. (That wouldn’t make a dent in Google.)

Maybe the government wants Google to open its search results by, for example, showing listings from TripAdvisor, not Google, when you hunt for Niagara Falls hotels.

Google’s worst-case scenario: that the government orders the company to break into pieces.

Normal life is over for Google. Any antitrust case or potential new laws taking on Google’s power would probably take years. But even if no U.S. court declares Google an abusive monopoly, the cloud of antitrust will follow it. Google has been dealing with this for years.

Every time a competitor believes Google is unfairly squashing its business, there are howls. If Google wants to buy another company, it isn’t smooth sailing. The unexamined life is over for Google.

Apple has an iron grip on what apps people can download on their iPhones, and some developers are complaining loudly about this arrangement as well as the fees that Apple collects from some apps.

The makers of apps like Spotify, Fortnite and Tinder are now suggesting (squishy and broad) changes to how app stores work to make them more fair, my colleague Erin Griffith wrote. I’ve plucked out a few of their points that I think are worth considering:

Give people a payment choice: Any iPhone app lets people pay for digital stuff only with their Apple account, and Apple then takes a fee from that transaction.

This coalition seems to be asking that Apple allow app makers to include two payment options: one that lets me sign up for or pay with my Apple account, which would obligate the app maker to pay a commission to Apple; and a second that would let me use my credit card to buy stuff directly from the app maker.

This is how many Android apps work, and it’s sensible and fair.

Or at least let apps tell people where to buy outside the app: On the Kindle iPhone app, people can’t buy an e-book because Amazon doesn’t want to give Apple a cut of its sales. But Apple won’t let Amazon tell people in the app where to buy the e-book. The result is confusion. A web link in the app would be helpful.

Yes, Apple would lose money if it did this. Ditto for the payment choice. Apple says that it deserves to be paid for running the app store and making sure it’s safe. But Apple brings in $28 million in revenue per hour. It will live.

Create a buffer between Apple and competing apps: Apple promotes its own iPhone apps, which don’t have to pay the commissions that rival apps do — making it not a completely fair fight.

Spotify, for example, competes with an Apple music service that can fling free trial offers and other pitches to every iPhone owner, and doesn’t fork over up to 30 cents out of each dollar in commissions as Spotify must.

One app maker I spoke to suggested some kind of independent oversight board that would effectively remove Apple from app approvals or other decisions involving apps that compete with its own.

This is a very elaborate investigation into people cheating in a fishing contest. It involved lab tests of strontium isotopes in a part of a fish’s ear. (Apparently fish have ears?)