Why All the Shouting About Google? 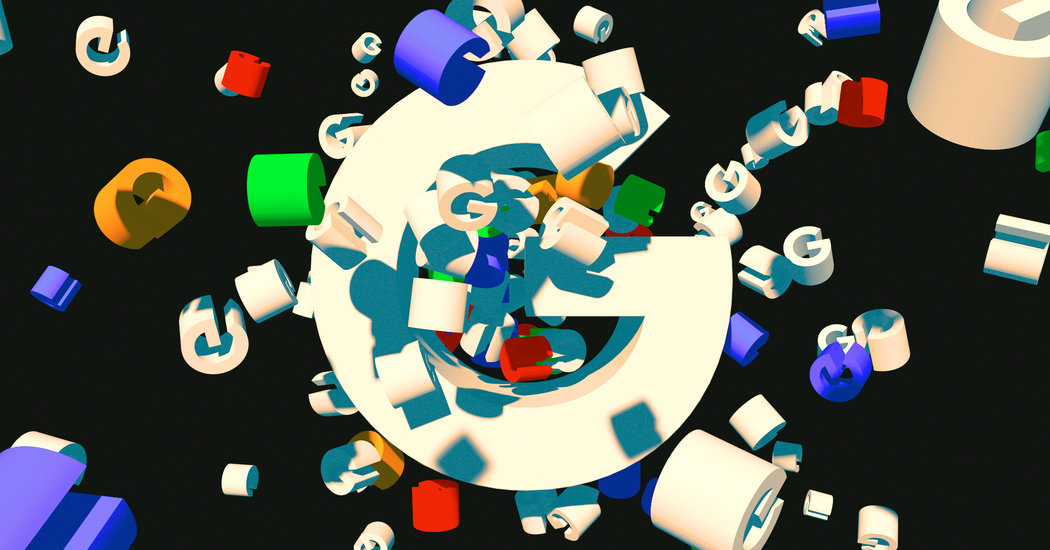 You may have seen (or ignored) a gazillion articles about the U.S. government preparing to sue Google for possibly being an illegal monopoly.

This is going to get weird. So here’s what you need to know about this tussle, and why normal humans should care.

What the government wants to know. The central question is: Does Google cheat to get a leg up over competitors, and if so, does that hurt all of us? Simple but hard to answer.

Government lawyers considering bringing a case seem to be focusing on a part of Google we rarely think about. Almost every time you visit a website, there’s a rapid-fire computerized auction of companies bidding to show you an advertisement. Google has its hands in multiple parts of those auctions.

The government will want to know whether the company’s dominance of this auction system results in higher advertising prices than companies would pay otherwise. (A group critical of Google recently said that it likely did. Google says that there’s lots of competition in these ad systems.)

If an insurance company is forced to pay more for ads because Google tilts the system to its benefit, that translates into you paying more for insurance. That’s the kind of thing that might break the law.

Figuring out what’s going on will require sifting through mathematical models and Google executives’ emails. It’s complicated and dull. John Grisham will never write about this case.

This will be messy because people have FEELINGS about Google. Notice that I raised questions without answering them. That’s right, no one has answers yet. Instead we have noisy drama.

Some American politicians say Google must be strong so China doesn’t take over the internet, and others argue all big companies are inherently bad for the world. Some people accuse Google of showing political bias when it presents online information in search results. Google says it’s a terrified weakling that could die any minute.

Most of this is baloney and distracts us from the only question that matters: Does Google rig the system to squash its rivals and hurt us?

OK, but feelings matter: My colleague David McCabe told me that there are big anxieties wrapped up in the legal case against Google.

America’s tech superpowers are emblematic of the winner-take-most economic model that some people say holds back new ideas and worsens income inequality. Supporters of an antitrust case argue that if laws were followed (and strengthened) to make industries less dominated by superstar companies, Americans might have better health care, cheaper cellphone bills and more useful apps.

At the heart of legal questions about Google — and other tech companies — is a big question about whether America could be better.

LOL, nothing matters? A similar government investigation into whether Google abused its power over web search ended seven years ago, and not much changed. And in Europe, regulators found multiple times in recent years that Google broke its laws to advantage itself over competitors, but again, not much changed, really.

Ignore anyone who confidently predicts what happens next with Google. Some people say a similar government lawsuit against Microsoft 20 years ago let competitors like Google flourish. More likely, Google flourished because Microsoft misunderstood where technology was going. That’s the thing about both tech and legal cases: They can be wildly unpredictable.

So, so many photos. Now what?

A reader in Chicago, Patty Keegan, wrote in to ask about the best way to organize all her photos, including scanned pictures and those stored on her phone, computer and Shutterfly.

“Is there a way to gather all of them, delete unwanted ones, and then start filing them in virtual folders or albums that I can access on my iPhone?” she asked. “This is a project that keeps haunting me, and I am all into keeping things as simple as possible!”

Phil Ryan from the Wirecutter, a product recommendation site owned by The Times, has this advice:

Our standard advice for photo storage is to use either Apple Photos or Google Photos. Since you’re an iPhone owner, we’d suggest going with Apple.

Both services have some level of automation that helps when making albums, and you’ll be able to access the photos on your iPhone once you’ve got them organized.

Make sure to fill in the metadata — information such as the date the photo was taken, or the location or people in the photo — so you can take advantage of automated sorting and view by date or other info.

To edit the metadata in Apple Photos on your computer, select a photo or multiple photos and click the “i” (for information) in the upper right of the window. You can then enter a description, keywords or location information.

You’ll also want to check how much iCloud storage you have because you may need to choose a higher capacity plan.

I can’t tell if this puppy loves or hates listening to “How Much Is That Doggie in the Window.”