Why Does Walmart Want to Buy TikTok? 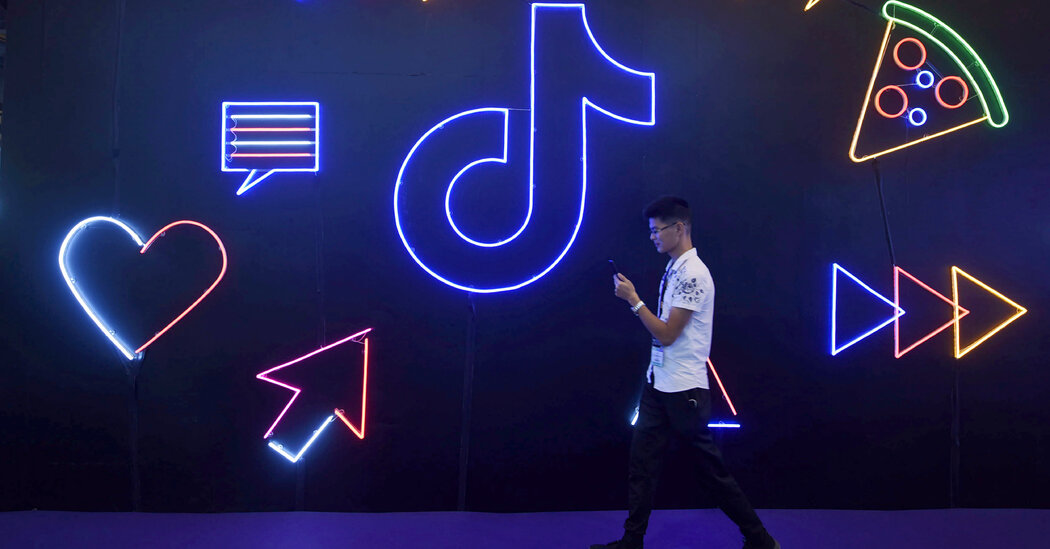 Walmart’s late entry this week into the scramble to buy TikTok’s U.S. operations left some people with a question.

But the proposed teaming up of the giant retailer and Microsoft to run the video app in the United States makes more sense in light of the direction TikTok’s owner has taken its sibling app in China, its home country.

That version of the app, Douyin, which works much like TikTok but is available only in China, has become not only a platform for goofy videos but also an e-commerce destination with the kind of reach among young buyers that Walmart would love to have.

The Chinese social media giant that runs both apps, ByteDance, began testing e-commerce features on Douyin in 2018. That was well before the company rolled out a “Shop Now” button on TikTok in recent months that redirects users to shopping sites.

Smartphone users in China have taken, in a big way, to buying things while they watch people hawk the products — think QVC and late-night television infomercials reinvented for the mobile age. Chinese e-commerce platforms have for years been adding livestreaming to their apps, and video apps have been adding shopping functions. In all, $140 billion in merchandise could be sold in China this year via livestreaming, more than double last year’s amount, according to estimates by the research firm Bernstein.

The sheer size of the Chinese consumer market has created a vast field for retail experiments of other kinds as well. One of the country’s newest e-commerce giants, Pinduoduo, has turned internet shopping into something more like a surreal video game. For Pinduoduo’s fans, the process of stumbling across strange new products, at ludicrously low prices, is a big part of the experience. Actually receiving those products is almost secondary. Currently, nearly 570 million people use Pinduoduo’s app every month.

Douyin started out by allowing video creators to post links to their stores on China’s largest online bazaar, Alibaba’s Taobao platform. Eventually, it allowed users to set up storefronts within the Douyin app itself, and now it is more aggressively pushing creators to sell through those native stores instead of on outside sites.

For most Chinese consumers, Douyin is not about to replace Taobao and other full-fledged shopping sites entirely. The design of the app means the products that sell best are cheap impulse buys, said Fabian Bern, the head of Many, a marketing company that works with creators on Douyin and TikTok.

“You’re scrolling very quick through content,” Mr. Bern said, which means that few people on the app are going to buy, say, a pricey wristwatch. “You will think twice about it, then basically the video is gone already.”

“That’s why I think the Walmart thing is pretty interesting,” he added. “They can sell their cheaper products directly to that audience in TikTok.”

Bargain-bin prices do not guarantee customer satisfaction. Last year, an anonymous author wrote a widely shared account of buying a half-pound of dried shrimp on Douyin and feeling cheated. The app showed plump, palm-size specimens that had supposedly been grilled at home by a kindly-looking lady. But the shrimp that came in the mail were tiny and smelly, the person wrote. Then, when the person tried to get a refund, little information was to be found.

Mr. Bern acknowledged that ByteDance had much to learn when it came to customer service in retail. He said that if TikTok’s e-commerce features were not yet as advanced as Douyin’s, it was in part because Chinese influencers were more entrepreneurial about trying to convert their appeal as video stars into sales of physical products.

TikTok’s more global audience has also forced ByteDance to be more cautious about making changes to the platform than it is with Douyin.

“We’ve seen that TikTok is going to be exactly like Douyin. It’s just a little bit slower,” Mr. Bern said. “There’s nothing unique to TikTok that was not on Douyin.”