Why Europe Is Hard on Big Tech 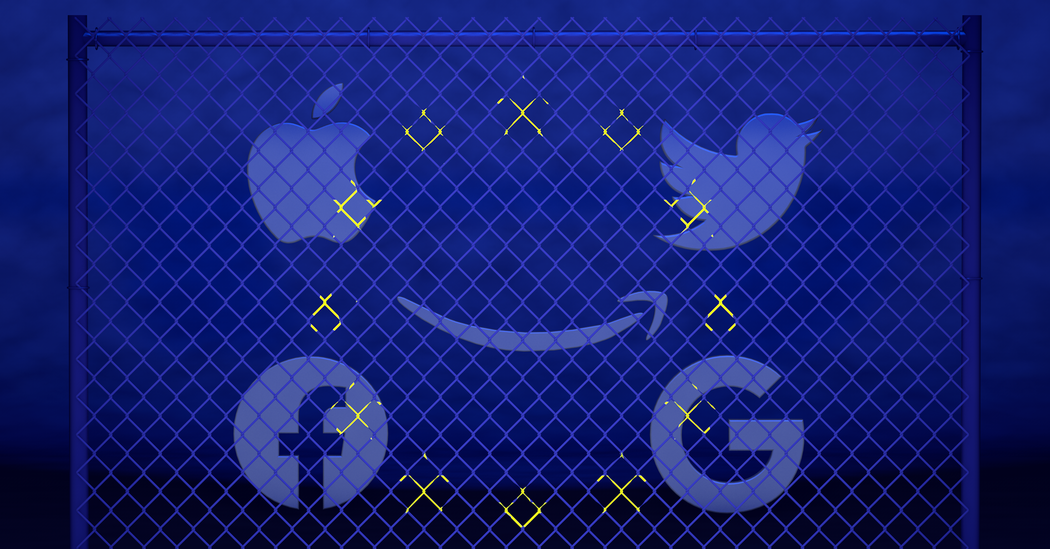 Europe is the global capital of tech backlash.

The authorities there have taken tech companies to task over dodging taxes, stalking our data, crushing competition and letting people blare dangerous lies online. This week regulators sketched out limits on what are so far mostly hypothetical harms from artificial intelligence technology.

Here are possible explanations for why Europe is so hard on tech companies: It might be scapegoating American giants for Europe’s status as a technology backwater, and overreach of clueless government bureaucrats. But European authorities also repeatedly choose to risk making too many rules for technology rather than too few.

On Wednesday, my colleague Adam Satariano wrote about proposed new rules in Europe to regulate high-stakes uses of artificial intelligence, including in self-driving cars, bank lending, test scoring and criminal justice. (Reminder: A.I. is the term for a collection of concepts that allow computer systems to vaguely work like the brain.)

Some uses of A.I. would be banned, with exceptions, such as live facial-recognition software in public spaces. In other areas, the draft rules would require companies to assess the risks of their technology, document how it makes decisions and generally be open with the public about what’s going on under the A.I. hood.

It will take years before any of this could become law. But European authorities are showing that they want to imagine what might go wrong with the technology and try to stop it — in some cases before A.I. is in wide use.

“The potential harm of A.I. is very great. It’s a technology that has humanlike decision making, and problems around bias are well documented,” Adam told me. “On the other hand the harms are still mostly hypothetical. How do you regulate it?”

The choice to regulate first is not typically how we do things in the United States. Yes, some U.S. jurisdictions have banned or limited the use of facial recognition by law enforcement, and many states have set safety rules for companies that want to test driverless cars on public roads. But mostly, we tend to wait for something bad to happen and then try to do something about it.

The American-style wait-and-see approach to regulation means that new ideas have fewer barriers to becoming reality. But we’ve also seen the risks of failing to plan for the downsides of technology.

With the relatively hands-off approach to technology, companies like Facebook and Google thrived. But maybe they now have too much influence. Likewise, Uber and Lyft were able to operate without too many rules, and changed how many of us use transportation and offered new types of work. But we all must also deal with the problems those companies created, such as increased congestion and low-wage jobs.

In the United States in particular, governments, the public and tech companies have often not given enough consideration to what could go wrong.

It’s impossible to say if the European approach is wise or misguided. Regulating tech is also easier in Europe, which has relatively few homegrown tech giants that would be hurt by onerous rules. (And the United States may be moving closer to Europe on some issues of tech regulation.)

Adam also told me that European technology regulation hasn’t been very effective because of poor enforcement or clumsy implementation. Sometimes misguided regulation can be destructive — maybe worse than no regulation at all. Online hate speech laws in several European countries, for example, have given cover to countries to enact censorship laws.

Europe and the United States have been, in a way, on opposite sides of a big question: Is it riskier to regulate too little or too much?

Watch a worker stick an ENORMOUS Band-Aid on the blue whale exhibited at the American Museum of Natural History in New York. The whale is now the spot for a Covid-19 vaccination center.