Why Facebook’s Blocking of New Political Ads May Fall Short 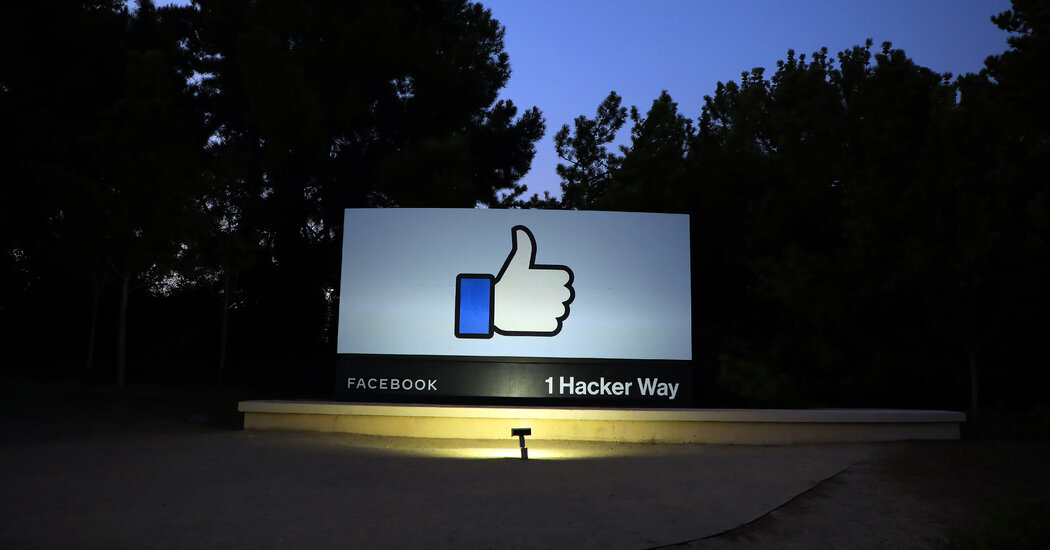 To limit voter misinformation ahead of November’s election, Facebook said this week that it would block new political ads from appearing on its site in the week before Election Day.

It was a sweeping action by the social network, which is used by millions of voters. But just how effective could such a move be in minimizing confusion?

The answer: likely not very effective.

That’s because political ads on Facebook are just one piece of content on the social network; political misinformation also flourishes in messages that people post and in discussions in private Facebook Groups. Facebook is not tackling those areas as part of the changes it announced this week.

Political ads have also been on the rise on Facebook already. Many of those ads are likely to remain online before Election Day because the company is not removing existing promotions.

At the same time, some new political ads may slip onto the site because the social network has sometimes had difficulty identifying which ads should be categorized as political, researchers said.

“They can say they are being proactive, but at the end of the day, this is toothless,” Melissa Ryan, chief executive of Card Strategies, a consulting firm that researches disinformation, said of Facebook’s pre-election ads stoppage.

Andy Stone, a Facebook spokesman, said that blocking new political ads was not “a silver bullet.” He said the move “enables campaigns to make their closing arguments and run aggressive get-out-the-vote efforts on Facebook without making it hard to contest new claims in the final days before the election.”

Consider what happened in France.

History can be a useful guide to what might unfold. So we looked at Europe, where “election silence” laws prohibit campaigning or ads in the immediate days before a vote in countries including Britain and France. In those places, Facebook has stopped political ads and clamped down on campaign content before, in accordance with those laws.

Even so, misinformation has slipped through. In France’s 2017 presidential election, Russia tried to swing voters away from Emmanuel Macron by releasing a cache of his emails, which had been hacked. The emails falsely claimed to show evidence of criminal wrongdoing by Mr. Macron and his campaign.

Because France’s election silence laws also ban campaign news in the 48 hours before people vote, most French news outlets did not cover the hacked emails. While Facebook removed attempts by Russian hackers to post the emails, blogs picked up other articles about the emails and then published posts about them on the social network. Many people also posted about what they had read.

Mathias Vermeulen, the public policy director at a new data rights agency called AWO in Brussels, said election silence laws also hadn’t covered social media in several European countries, so groups had been able to target voters with campaign content and political ads. While Facebook could have voluntarily adhered to those laws, it didn’t.

“Political ads have flourished,” he said.

The number of political ads on Facebook has increased significantly ahead of November’s election. And since the company does not plan to take down older ads, users are likely to continue seeing many of those circulate.

Here’s how much political advertising has already spiked: In the week before Labor Day in 2018, 76,500 political ads were created on Facebook, according to Laura Edelson, a researcher at New York University’s Online Political Transparency Project. (Since 2018, Ms. Edelson has used Facebook’s ad library, a public database of all ads on the platform, to build her own repository of U.S. online political advertising.)

This year, in the week before Sept. 1, 118,239 political ads were created on Facebook, a 54 percent increase, Ms. Edelson found.

When Facebook bars new political ads from its site on Oct. 27, politicians will still be able to adjust the amount of money they spend on their existing ads and continue targeting people with those ads. Candidates may simply ensure that more of their ads are running well before the Oct. 27 cutoff, Ms. Edelson said.

Facebook may use the ad block period to more closely scrutinize the ads that are already running on the social network, Ms. Edelson said. But campaigns would not be able to use ads to capitalize on a last-minute scandal after Oct. 27.

“That is just about the only impact I can think of for something like this,” she said.

Facebook has sometimes had trouble catching what is or isn’t a political ad, so people end up seeing them without a disclosure anyway.

Ms. Edelson said she saw one Facebook ad from a nonprofit that encourages voting, which was published in May. It read: “Georgia’s voter registration deadline has changed! Don’t miss your chance to vote in the 2020 primary election.” The ad was not categorized as political, she said.

While the ad was not spreading misinformation, Ms. Edelson said, she was still concerned. “There’s absolutely no way that those should have slipped through” without a disclosure, she said. “I’m worried about what else is getting through.”

Mr. Stone, the Facebook spokesman, said, “People can learn more information about the ads they’re seeing on Facebook and Instagram than is available about political advertising on any other platform or medium.”